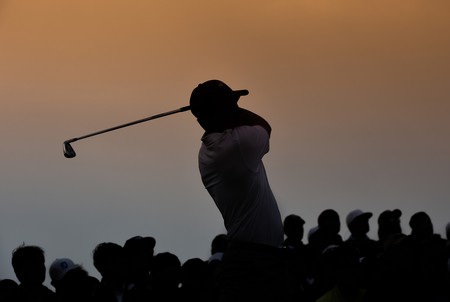 The Presidents Cup, a match-play men’s golf event that pits a U.S. Team against an International Team (non-Europe), is coming to the New York City area later this month. The biennial competition is Sept. 26 to Oct. 1 at Liberty National Golf Club in Jersey City, N.J.

The event has been hosted in American states including Virginia, Ohio and California, but this is the first time it will be in the tri-state metropolitan area. U.S. Team captain Steve Stricker is excited for the new location.

“I just think it’s an unbelievable spot,” Stricker said Thursday after unveiling his two captain’s selections to the squad. “It’s the melting pot of our great country. There’s so many different people, nationalities that live in that area. Many people came through New York to come to our country. It’s very special. We see the city in the backdrop. We see the Statue of Liberty that signifies freedom. It’s just a great place.

“I think it’s a great match-play course, and it should be a tremendous week for everybody involved. Can’t get here fast enough as far as I’m concerned.”

Phil Mickelson, one of Stricker’s captain’s picks along with 40-year-old rookie Charley Hoffman, is looking forward to returning to the New York City area where he won the 2005 PGA Championship at Baltusrol Golf Club in Springfield, N.J.

“They are incredible sports fans,” said Mickelson, who was born and raised in Southern California. “I’m excited to have a team event up there. I’m excited to have another team event in 2024 there with the Ryder Cup and I think that it’s just a great place for the USA to play and compete. … I know that winning the PGA Championship there at Baltusrol was one of the coolest feelings, to feel that support. It really does mean a lot to me.”

The United States holds a commanding advantage in the all-time series, having won nine of the 11 Presidents Cup incarnations. The U.S. has won the past six meetings, most recently 15½ to 14½ at Jack Nicklaus Golf Club Korea in Incheon, South Korea, in 2015. The Americans are undefeated on home soil, tying (17-17) in South Africa in 2003 and losing 20½ to 11½ in Australia in 1998.

International Team captain Nick Price, whose captain’s selections are Emiliano Grillo and Anirban Lahiri, said he picked his team on a number of factors, including those players who have experience playing in the United States, particularly environments like the New York City area. He said he believes due to the city’s diverse population, the International Team will have more support than some people expect them to receive.

“We certainly looked at the guys who we felt, you know, would be able to handle some of the adverse comments that may come out of the gallery,” Price said. “But you know what, I think New York fans are really fair. I think they may say things and they may shout names or whatever at guys, but if the guys take it on the chin, that shows – they get a lot of respect from the New York fans. If other guys react differently as we know some of them have in the past, you know, that makes it very difficult for them in the future.