Paying Homage to the Past: The Original Twin Towers 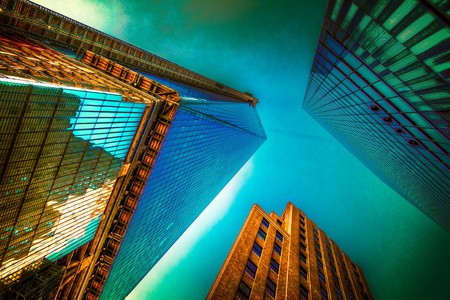 Sunday marks the 15th anniversary of the September 11th attacks on the Twin Towers in New York City. In honor of the event, we take a look at the history and architecture of the original World Trade Center. 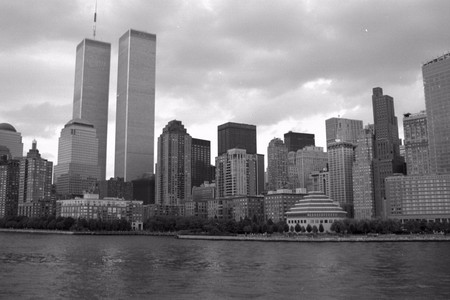 The Twin Towers were powerful “living symbols” of global harmony, despite the fact that their demolition ultimately occurred at the helm of hate and division. Their architect, Minoru Yamasaki, believed that “world trade means world peace,” and luckily he never witnessed their destruction, as he passed away several years prior to the attacks. But it’s in his spirit of globalized unity that we take a nostalgic look at the architectural ingenuity of these once magnificent structures, which were, at the time, the tallest buildings on the planet.
The Beginning: The Inception of the Twin Towers

The plan for the World Trade Center was originally conceived in 1959 by David Rockefeller, a NYC real estate developer and grandson of John D. Rockefeller, as a center for world trade and finance. The Port of New York Authority acted favorably towards the idea, and in 1964, a new architectural plan by Minoru Yamasaki was unveiled. Yamasaki believed that the WTC should become “a representation of man’s belief in humanity, his need for individual dignity, his beliefs in the cooperation of men, and through cooperation, his ability to find greatness.”

His plan featured one of the most innovative structural systems ever endeavored for a modern skyscraper; the final product, towering at 110 stories, contained 97 passenger elevators, 43,600 windows, six acres of marble, and weighed over 250,000 tons. Both towers provided the work space for roughly 35,000 people and 430 companies, and attracted an average of 70,000 tourists and commuters each day.

At the time of their official completion in 1973, the Twin Towers were tallest buildings in the world, with the North Tower topping at 1,368 feet. They were a testament to mankind’s constant reach towards vertical mobility and aim for new heights – both physically and metaphorically. For 28 years, the Towers dominated the already-spectacular New York City skyline, and like Lady Liberty herself, became universally recognized structures. 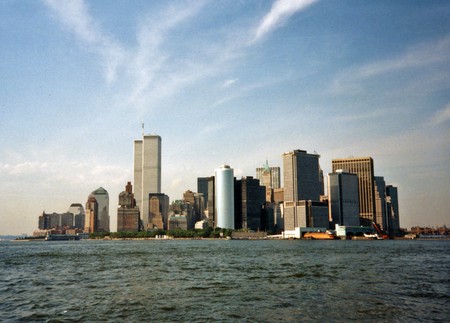 The innovative engineering employed during their construction was literally groundbreaking; workers dug over 70 feet in order to insert seven-story steel cages, which were later filled with concrete to construct the foundational base for the building. The two primary concerns for the Towers were the effects of wind (horizontal force) and gravity (downward force). To combat the horizontal, or lateral force, Yamasaki employed the complex method of ‘tube architecture’, essentially a “tube within a tube” design, which meant securing a strong exterior perimeter with closely placed columns, all strategically tied together with beams.

The elevators were also an innovative aspect of the original WTC design, which featured “sky lobbies” located on the 44th and 78th floors, allowing for the use of both local and express services. In 2001, nearly thirty years after its development, Elevator World called it “one of the largest, most sophisticated elevator modernization programs in the industry’s history.” 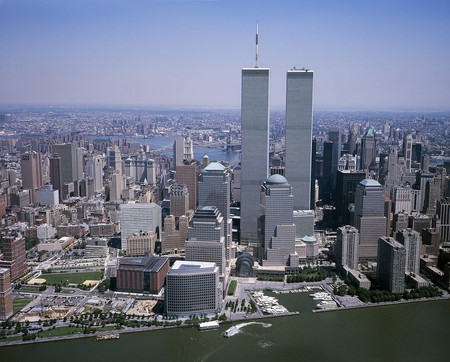 Architect Minoru Yamasaki had a proclivity for Gothic Modernist design and was considered a master of “New Formalism.” According to an article in Business Insider, he was also known to have a fear of heights and detested all-glass buildings, so his design featured small, slit-like twenty-two-inch-wide windows to minimize the sensation of being so high off the ground.

Yamaski penned his dislike of all-glass edifices in a letter to the NYT’s critic Ada Louise Huxtable: “Large glass, as lovely as it may be, requires a tremendous consumption of energy for heating and air conditioning to combat the extremes of temperature. Moreover, glassy buildings tend to be ‘curtain displays’ — some closed, some half-open, some open — which adds a more restless quality to an already restless city.”

Ironically enough, the main building rebuilt in the WTC complex, One World Trade Center, features an all-glass, reflective facade, which many critics believe Yamaski would’ve “detested.” One World Trade Center, also known as The Freedom Tower, was designed by world-renowned architect David Childs of Skidmore, Owings and Merrill, LLP, and towers at a symbolic 1,776 ft. (the Declaration of Independence was drafted in 1776, thus marking the beginning of the United States as an independent nation). Completed in 2013, 1 WTC features a light-bathed lobby with ceilings over 60 ft., a Skypod elevator, column-free floors, and a main observatory where visitors can experience panoramic views of the city. Considered to be one of the world’s “greenest” buildings, with an aim for LEED Gold certification, 1 WTC boasts the title of the tallest building in the Western Hemisphere.

Although it doesn’t fall into the realm of Yamasaki’s ideal architectural structure, the glittering, eco-friendly design of One World Trade Center adds a new sense of hope to New York City; standing triumphantly against the backdrop of tragedy, it symbolizes a new propitious, globalized future. 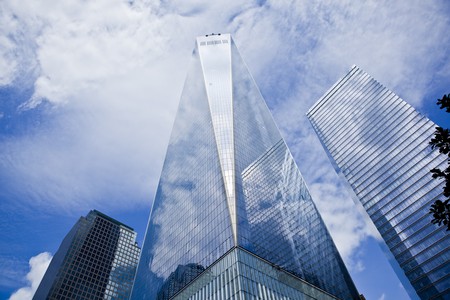