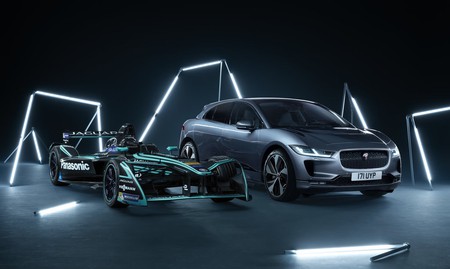 Jaguar recently unveiled its first all-electric performance SUV. The technology in the 2019 I-PACE is a direct product of its race car, which has been tested around the world through the Formula E racing series.

Panasonic Jaguar Racing finished dead last in its debut season in Formula E in 2016/17. The team is currently in the middle of the 10-team standings this year ahead of the season finale doubleheader in New York City (June 14-15), and while they’re happy with that improvement, Jaguar is proud of another feat.

The automaker has transitioned its technology—tested and perfected from the all-electric street racing series—to everyday roads. The Jaguar I-PACE ($69,500 MSRP), which goes 0-60 mph in 4.5 seconds and boasts a 240-mile range per charge, is on sale in the United Kingdom and parts of Europe and will be on sale in North America late summer 2018 and worldwide in 2019. The brand is the first to have both a Formula E race team and a road production electric vehicle available to consumers. 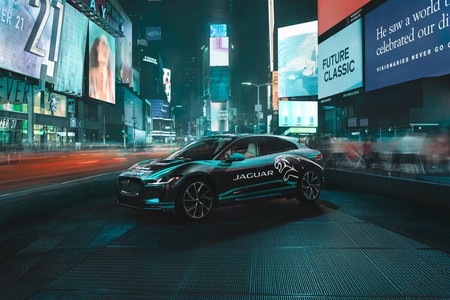 “We’re going through a fast-developing time in the car industry and I think we’re going to go through more change in the next five years than we had in the last 30,” says James Barclay, Panasonic Jaguar Racing Team Director. “That’s incredibly exciting for us, but also the consumer, so a super exciting time for everyone.

“It’s a great way of fast tracking that learning. What we’ve seen is clear areas of transfer of learning to ultimately make our future road cars better for consumers and for us that’s a really rewarding part and a benefit to the investment we put in.” 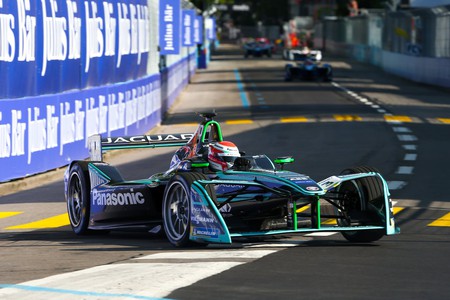 Panasonic Jaguar Racing’s first car in Formula E was the I-TYPE 1. The team debuted the I-TYPE 2 for the 2017/18 season, making 219 changes from the car’s first edition including a new motor, gear box, and cooling system. This evolution will continue next season with the I-TYPE 3.

Jaguar has been one of the marquee manufacturers throughout motor racing’s history. As Barclay says, “racing is in our DNA.” The British manufacturer, which boasts Le Mans victories as far back as 1951 and 1953, competed in Formula One from 2000-04, but the team was sold and rebranded as Red Bull Racing. Jaguar returned to its racing roots when it announced on December 15, 2015, it would join Formula E, becoming the first premium car manufacturer to join the series. 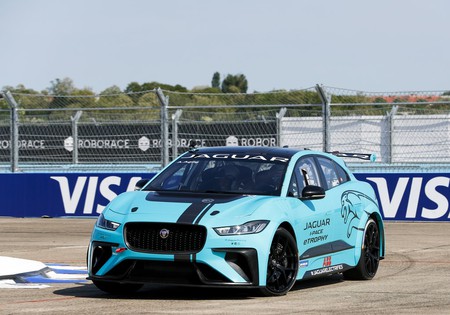 Jaguar will continue its development on the track and roads with the I-PACE eTrophy—a 10-race complementary series to Formula E beginning in December. The series, which will feature 20 I-PACE cars, will be a platform for drivers to familiarize themselves with electric vehicles as well as many of the circuits utilized by Formula E.

“Because the future of the car is electric, [Formula E] was the perfect place to be,” Barclay says. “Everywhere we go there’s a massive interest in what we’re doing and why we’re doing it. That’s because of the purpose behind it all. Sure it’s about great racing, but fundamentally it’s about driving change. Whether it’s the drivers, teams, or everyone involved, you do feel a sense of ‘Yes you’re there to be successful, but you are also trying to achieve something bigger as well.’ ”