Nicholas Horbaczewski and Ryan Gury were standing in a field behind a Home Depot in Coram, Long Island, New York. They were attentively watching people wearing first-person view goggles while manning RC controllers. Drones whizzed by. They were enthralled.

“I saw drone racing for the first time and thought it was one of the coolest things I had ever seen,” Horbaczewski said. “I just thought it was incredible and thought there had to be a way to turn it from an underground sport into a mainstream sport. We set out to see if we could build something into a spectator sport, something people at home or in live audiences could watch and get as excited about it as we were.”

The Drone Racing League, which launched January 2016, pits the best drone pilots from around the world against each other. The pilots fly racing drones (smaller than regular camera drones) via FPV at speeds of 80-100 mph around 3-D courses set up inside stadiums, warehouses or former landmarks around the country. 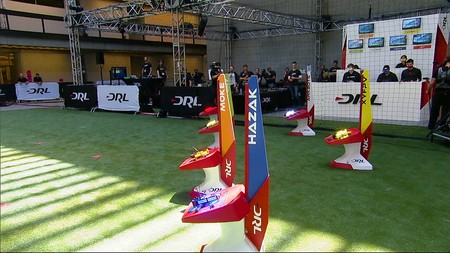 Since its existence, the Drone Racing League has grown by leaps and bounds. The DRL is broadcast in the United States (ESPN/ESPN2), Canada (TSN), Caribbean (ESPN Caribbean), United Kingdom (Sky Sports Mix) and Germany (ProSieben MAXX). The league recently announced sponsorship deals with Bud Light and a multi-year global partnership with Allianz. Allianz is the title sponsor of the 2017 race circuit, which will be known as the Allianz World Championship. The six races, which begin airing globally in June, take place in Miami, New Orleans, Atlanta, Boston, Munich and London.

“It’s a massive validation of what we’re doing,” said Horbaczewski, Drone Racing League Founder/CEO. “Allianz is excited about helping us build this into a major global sport. They have offices in more than 70 countries and they are truly a global brand and we’re a global sport, so it’s a perfect fit. Another giant step forward for the DRL.” 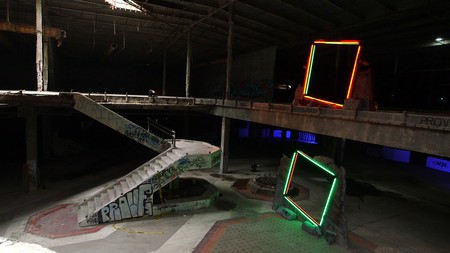 To form its inaugural season roster, the DRL discovered pilots by watching clips via YouTube and other social channels, and invited them to compete. Now, aspiring drone pilots are downloading the DRL simulator as well as logging endless hours of “stick time” in the hopes of qualifying for upcoming seasons. In fact, Bud Light and the DRL hosted a tryout for the top 24 drone racing simulator pilots in the United States. The winner, who will be named the first Bud Light Pilot, earns a spot on the 2017 circuit as well as a $75,000 contract. The tryout will be aired this spring.

Jerrod Quillen, of Chicago, is one of those hopefuls.

“One of my buddies got me into drones,” said Quillen, a former collegiate and amateur volleyball player. “He told me I had to check out this YouTube video. It was a bunch of French guys flying through the woods, there’s LEDs and they’re chasing each other like the Star Wars scene. It’s probably the stereotypical way to get into drones — you see it on YouTube and you follow suit.”

Dallas Kemp, another 2017 pilot hopeful from Arizona, began flying in November as an alternative to video games and a way to get outside more.

“I’m completely addicted now; I’m hooked,” he said. “It’s probably one of the best hobbies I’ve ever been part of. Everyone is super friendly, willing to share information, and help you if you need it; it’s so cool.”

While Horbaczewski and the rest of those involved in the Drone Racing League appreciate the sport’s following and reading tweets of people saying they are watching the DRL instead of the NFL or NHL, Horbaczewski understands the market. He doesn’t view the DRL as an alternative to mainstream sports like football, basketball, soccer, hockey or baseball.

“We think drone racing is a new opportunity for people to be entertained in a sporting context,” he said. “We’re on the brink of a revolution of new sports that is engaging audiences — esports, people are talking about robot boxing, self-driven car races — all these interesting new, robotic or technology-enabled sports and we’re one of them. There’s an audience for it, we’re tapping into it and we’re excited to continue the journey.”