As part of Netflix’s eight-part series Abstract: The Art of Design, prolific German illustrator Christoph Niemann gives viewers a rare behind-the-scenes insight into the inner workings of his creative mind in a fascinating episode that toys with notions of abstraction and realism.

There’s a magical quality and playfulness to Niemann’s work that’s encapsulated throughout the programme, with animations and illustrations popping up intermittently on screen to aid the storytelling of his artistic processes. 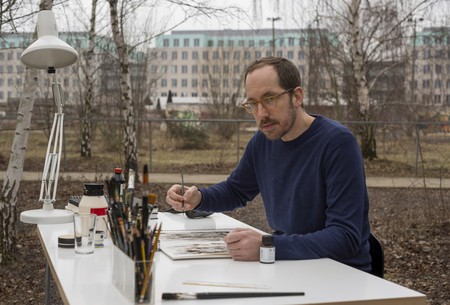 It’s immediately apparent from the start that Niemann is uncomfortable with the idea of this episode being about him personally rather than being purely concerned with his work. While Executive Producer Morgan Neville tries to convince him that filming elements of everyday life, such as him cleaning his teeth, is what the viewer wants, Niemann prefers to be the storyteller rather than the story.

He opens with: ‘Is this about me or is this by me?’ and later admits, ‘I’d much rather draw it than show it’ – his approach to the filming process is as much about not wanting to delve into his personal life as it is about making things ‘real’. He says: ‘When you show the real thing you kill it – you make it impossible to see it in the abstract. All I care about is what’s happening on the page.’ 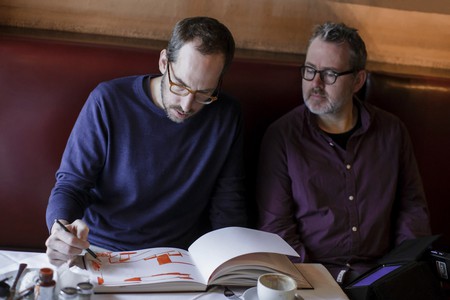 His thoughts on abstraction – the theme of the show – are interesting and are easily broken down for the viewer through the medium of illustration, naturally. ‘Abstraction for me is this idea of getting rid of everything that’s not essential to making a point.’ He uses a heart as an example, explaining that each idea requires a very specific amount of information and shows this on his ‘abstract-o-meter’ to demonstrate the level of detail that’s necessary to ‘transport this symbol for love’.

‘The abstraction for me is this idea of getting rid of everything that’s not essential to making a point.’

LEGO is also a device that Niemann interestingly uses to help him think in this abstract way when coming up with initial ideas for his projects. ‘It’s the restriction you have with LEGO and the fact it’s very low-res, like a three-dimensional pixel drawing, that I enjoy so much… You take things you know and then you break them down into elements, rearrange them and then make a statement.’ A simple yellow brick suddenly becomes a signifier for a New-York taxi, or perhaps the Staten Island Ferry – the way he can turn a simple piece of LEGO into an obvious symbol for a myriad of other things is exactly what he manages to do with his abstract illustrations. His very successful series of ‘Sunday Sketches’ that he posts on Instagram is another example of his artful way of turning everyday objects into something new. 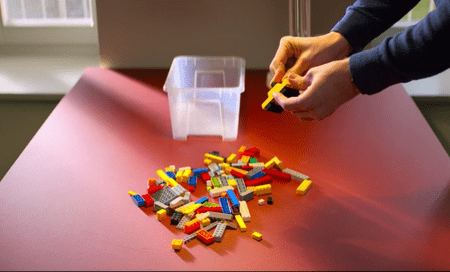 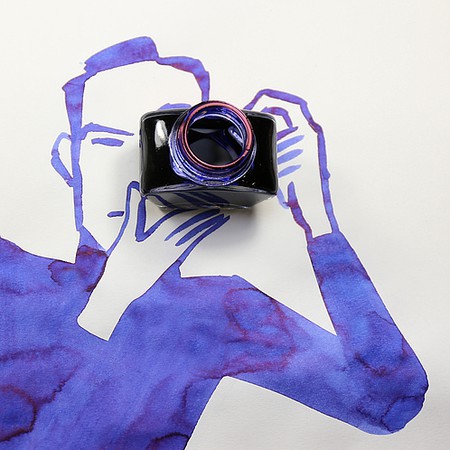 A self-confessed control freak, the Berliner has a very regular working routine of 9am to 6pm and prefers to work by himself while also separating his work life from his so-called ‘real life’. He recalls a quote by American painter and artist Chuck Close: ‘Amateurs look for inspiration; the rest of us just get up and go to work’, which he says summaries his work ethic – it’s about showing up, getting started, and something amazing happens or doesn’t. ‘There’s no perfect formula,’ he says, ‘a large degree of it is about staring at paper.’

Throughout the episode the viewer follows his big project for the New Yorker, which is his first augmented reality cover. He’s done 22 covers for the magazine so far in his career; his first was published July 9, 2001, which was also the day he got married. He describes illustrating covers for the New Yorker as ‘the biggest deal for an illustrator’ and has an affection for the city, having moved there in 1997. New York was the first city he went to by himself and explains that his special connection with the place is down to that. ‘I think you tend to only go to one city by yourself in your lifetime and you own that.’ 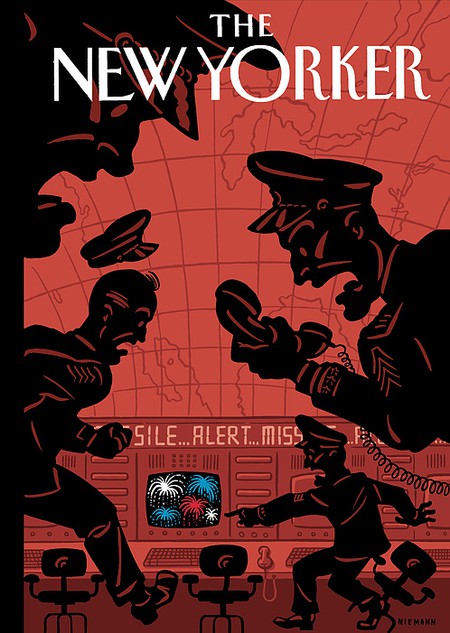 However, married and with a family in his mid-thirties, he wanted a lifestyle change and to avoid his work becoming too samey, he decided to move to Berlin. ‘It seemed to be the only way to grow and loosen up… there are all these crazy galleries [in Berlin] that have a totally different mindset, which makes it easier not to worry so much about the feasibility of an idea.’ Becoming more fluid in his work life, Niemann started to experiment with animation and illustrations for web long-form pieces as the traditional print industry started to evolve. He’s even made an app, called ‘Petting Zoo’, which has had over a million downloads.

One thing you can’t fault Niemann on is his ambition. He constantly strives to adapt, be better and grow as an illustrator. ‘I need to be a more ruthless editor and a more careless artist,’ he explains. ‘It’s physically exhausting but there’s good stuff happening there.’

‘My goal is to speak visuals, like a pianist speaks piano. I have to constantly babble to try to refine the act of speaking, taking the world and putting it into images and conveying them. And for that I have to constantly produce. It’s not done, because the whole idea of being done is the total opposite of what I’m trying to achieve.’

Read more about the series and who else is featured on the first season here. 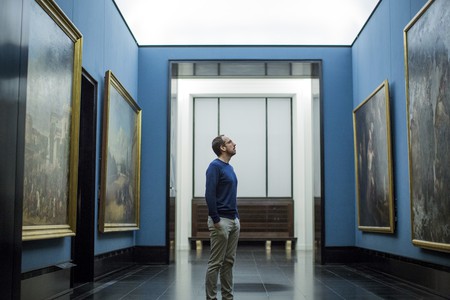 © Christoph Niemann
Give us feedback