A Look at the Cold-Water Swimming Community 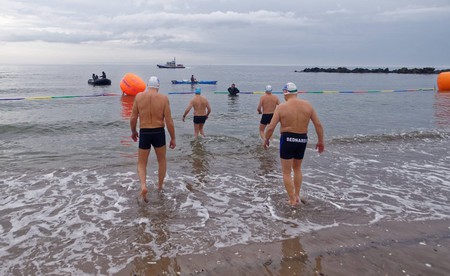 They arrive at Coney Island appropriately dressed for a chilly winter morning in New York City—heavy winter coats, sneakers with thick socks, hot coffee in hand. They ditch the boardwalk planks in favor of the sand, and slowly approach the water.

Clothes are then discarded in favor of Speedos, swim caps, and goggles. Groups of participants descend into the bone-chilling waters of the Atlantic Ocean. The initial shock of the water’s 36.5 degrees runs a chill up the spine as goosebumps spread across the skin.

The races of the 2018 United States Winter Swimming National Championships are underway. Competitors from states including New York, Delaware, Georgia, New Jersey, and Massachusetts, and even as far as countries including Belgium and Poland, are separated by sex and age for the various events ranging from 25m breaststroke to 200m freestyle.

“It’s not really a big sport in the U.S. yet,” said marathon and cold-water swimmer Jaimie Monahan. “You can’t do this cold, no pun intended, you need to build up to it gradually. We’re growing the sport very organically.” 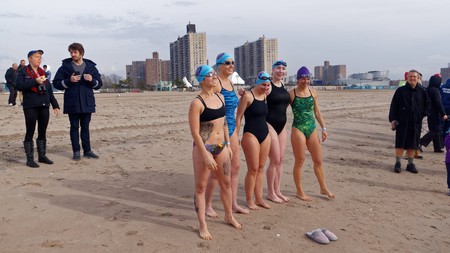 Cold-water swimming—swimming in waters 40°F (5°C) or less—began in Finland and has gradually spread around the world, particularly in Europe (Denmark, Norway, Poland, Belgium, Latvia, Sweden), as well as China, Argentina, and even Australia.

“They compare one kilometer in cold water to like a 10K in normal waters,” said Diego Lopez, who was using the USWSA event as a tune-up for his goal of competing in a major race in each of the seven continents in 2018. “Your body experiences huge stress because of the cold temperature. All of your extremities go numb because the heat goes to your core in order to protect your organs. I compare it to being drunk because you come out of the water and you don’t even remember swimming; it’s a whole new experience.

“Cold swimming is more about knowing your body and how you’re feeling as opposed to being faster or having more endurance.” 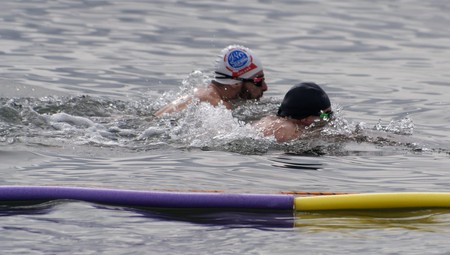 No matter the reason for competing, this niche community is slowly gaining traction around the globe. Participation in the biennial IWSA World Championships has steadily increased since the inaugural event with 500 participants in Helsinki, Finland, in 2000. Some 1,300 competitors took to the waters for the 2016 event held in Tyumen, Russia.

“I registered for the 2014 event (in Rovaniemi, Finland) and it was this whole different culture,” Monahan said. “We’d get in a frozen pool then jump in a hot tub. You were just meeting people from all different countries. Everybody was really into it. Since then I’ve been hooked.”