10 Women Pop Artists You Should Know

Pop Art was a primarily male-dominated art movement that emerged in the 1960s. But indeed there were important woman who also participated in the movement, but who have been left out of art history in favor of their male counterparts. We bring them back into the spotlight to profile ten women Pop artists you should know.

Corita Kent was a Catholic nun – and a celebrated Pop artist. A political activist in the 1960s, Kent created numerous text-based works splashed with bright colors which have largely been overlooked. Her art has a definite political overtone, woven in with spiritual ideas and pop culture. These works touched upon topics that were important to her, including social justice. Working primarily in silkscreen, she also created public art like Rainbow Swash on the Boston Gas Tank (present-day National Grid). 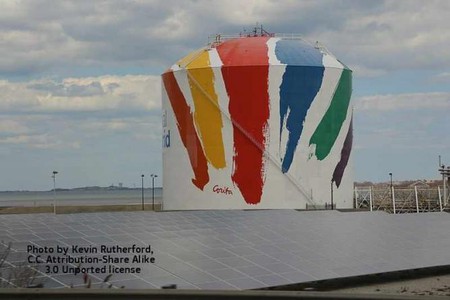 One of the best-known female Pop artists, Marjorie Strider was a fixture on the 1960s art scene in New York. Working with a variety of materials, Strider turned to consumerism and the female form for inspiration. Strider worked mainly with sculpture paintings – canvases that she built upon to create something three-dimensional, often depicting pin-up girls. One of her most famous works is Green Triptych (1963), which features a pin-up girl clad in a green bikini in three different poses.

Born in Paris with time spent in Venezuela and the USA, Maria Sol Escobar, simply known as Marisol because she wanted to “stand out from the crowd,” is a Pop artist known for her figurative works. Inspired by pre-Colombian art forms, Marisol’s work often features figures made out of wood, terracotta, and plaster, and, once she became part of the Pop Art scene in NYC, she experimented even further. While she is known for her assemblage sculptures such as Magritte IV and The Family, Marisol has also produced many drawings and paintings. 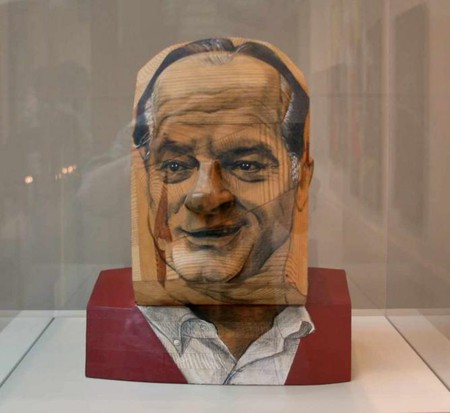 Inspired by everything from female sexuality to politics, painter and collage artist Pauline Boty’s vibrant work is, like most women artists on this list, largely overlooked. When it comes to British Pop Art, her name is not particularly well known either. Thankfully, in recent years her work has gained more recognition – and rightfully so. She was, after all, one of the founders of the movement. Boty’s career was tragically cut short when she succumbed to cancer at the age of 28 – only a few months after giving birth to her daughter.

Evelyne Axell lived and worked in Brussels. Known for her depictions of female eroticism, she was first an actress before becoming a painter, and enlisted the help of Surrealist master René Magritte to help her improve her technique. Axell’s husband, who was in the film business, began to make documentaries about Pop Art, and Axell followed him to London where she was fully inspired by the artists behind the movement. In addition to her oil paintings, she also created works using auto enamel on plastic, which became her signature technique. Her career, like Boty’s, was also tragically cut short when she passed away at the age of 37.

A Greek-born American sculptor, Chryssa Vardea, who went by her first name professionally, was a pioneer in elevating neon to a form of fine art. While she worked in several mediums over the years including aluminum, wood, canvas, and plaster, Chryssa is particularly known for her neon works. Inspired by the signs and marquees in New York City’s Times Square, she would combine neon with other materials to create beautiful illuminated sculptures. Some of her best-known works include The Gates to Time Square (1966) and Mott Street (1983), which is in the Athens metro. 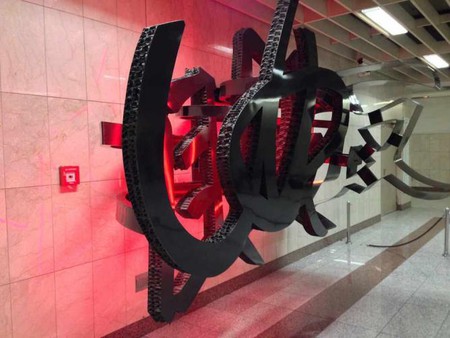 Although she doesn’t consider herself a Pop artist per se, Dorothée Selz fully admits that pop culture has greatly influenced her work. She began making collages before turning to edible art, for which she is widely known. Like many of the women artists of her time, she had a strong interest in the feminist movement, creating works that depicted the role of the woman in society with a touch of humor. As a social commentary on how the female body is a commodity, one of Selz’s most famous works titled Relative Mimetism – Woman with Boots and Lamp (1973) features Selz recreating a pose from a magazine and placing it next to the original.

Often referred to as the “Polka Dot Princess,” Yayoi Kusama is best known for her polka dot installations that encompass entire rooms. Seen as a pre-cursor to the Pop Art movement, Kusama regularly exhibited next to her male counterparts during the 1960s. In addition to her polka dots, Kusama’s rise in the pop world was also in part due to her performance pieces and sculptures, along with the use of highly saturated or psychedelic colors. Seven decades into her career, Kusama is still one of the contemporary art world’s most valued – and valuable – players. 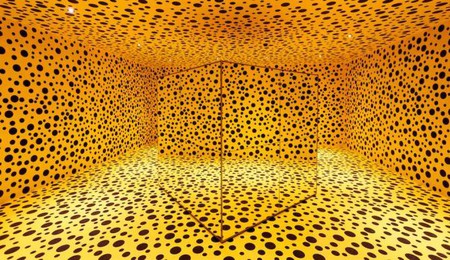 American artist Martha Rosler works in photography, video, performance art, and more. While Rosler is not strictly a Pop artist, her work addresses elements of pop culture; from magazine advertisements to gender stereotypes. For example, Woman with Vacuum (Vacuuming Pop Art) (c. 1972) depicts a smiling woman doing one of her ‘proper’ duties (vacuuming); however, this woman is cleaning up famous Pop artworks by men.

Simply known as Sturtevant, Elaine Sturtevant was an American artist who left behind an impressive legacy. She is known for her ‘repetitions’ of other artists’ works, including Andy Warhol and Jasper Johns. The works weren’t copies, but rather something she created from her memory — she wanted viewers to think about what they were seeing and to dig deeper than the surface of the artwork.