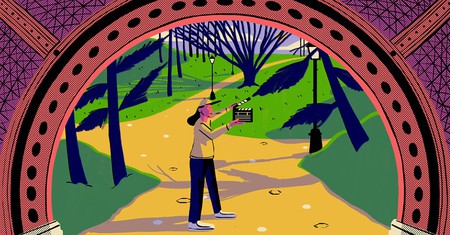 Filmmakers flock to Prospect Park and nearby Windsor Terrace. Here’s a look at which stars and directors have graced this pleasant part of Brooklyn.

Prospect Park, the 526-acre urban oasis in the middle of Brooklyn, has served as a scenic backdrop for a slew of memorable movies, ranging from classics such as Sophie’s Choice to contemporary crowd-pleasers like The Smurfs Movie.

“Driver, I don’t want to go to Brooklyn. You can’t make me!” pleads nightclub entertainer Buzzy Bellew (Danny Kaye) as his bus careens to Prospect Park in 1945’s Wonder Man.

Bellew’s gut feeling about the borough proves prophetic: he is murdered by gangsters who dump his body in Prospect Park. He returns as a ghost to haunt his bookish twin brother, Edwin Dingle (also played by Kaye), and to bring his killers to justice. Directed by the prolific H. Bruce Humberstone and produced by Samuel Goldwyn, the musical drama won an Academy Award for Best Special Effects.

A particularly picturesque spot in Prospect Park provided the setting for a rare moment of tranquility in Alan J. Pakula’s Sophie’s Choice (1982), which was based on William Styron’s best-selling novel. Meryl Streep won the Best Actress Oscar for her performance as a Polish Holocaust survivor tormented by guilt.

Sophie (Streep), her schizophrenic lover Nathan (Kevin Kline), and their aspiring writer housemate Stingo (Peter MacNicol) enjoy a rare carefree afternoon picnic at a secluded corner on the northeastern end of Prospect Park (just south of Grand Army Plaza) that is known as Vale of Cashmere. Much of the film was shot in the locations where Virginia-born Styron himself lived after he settled in Brooklyn with dreams of becoming a writer. The boarding house where the three live is in nearby Ditmas Park.

On the eastern end of Prospect Park, the Audubon Center at the Boathouse, with its white-matte glazed terra-cotta façade, has appeared in many films, including Martin Scorsese’s The Age of Innocence (1993). Based on the Pulitzer-Prize-winning novel by Edith Wharton, the 1870s drama starred Daniel Day-Lewis, Winona Ryder and Michelle Pfeiffer.

You can also spot the Boathouse in a more contemporary setting in The Smurfs Movie (2011), starring Neil Patrick Harris and Sofia Vergara alongside their blue computer-generated little friends. 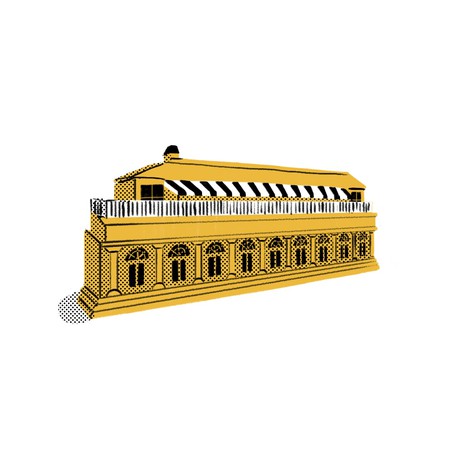 Just steps away from the Boathouse, Lullwater Bridge served as the backdrop for a scene in Woody Allen’s 1920s-set mobster comedy Bullets Over Broadway (1994).

Two decades after The Age of Innocence, Scorsese returned to the park to film a scene for The Wolf of Wall Street (2013), which tells the the true story of the corrupt stock broker Jordan Belfort (Leonardo DiCaprio). Scorsese used digital wizardry to transform Prospect Park into London’s Hyde Park, adding summer grass and an entire building for a scene featuring Joanna Lumley as Aunt Emma.

The Hollywood star Montgomery Clift is buried in Prospect Park. The Nebraskan-born actor, known for his great performances in the likes of Red River, From Here to Eternity, A Place in the Sun and Suddenly, Last Summer, died at home in Manhattan in 1966. Because Clift’s mother was a practicing Quaker, he was laid to rest in the modest Friends Cemetery, a Quaker graveyard near the ballfields in the park’s Long Meadow.

Situated between Prospect Park to the east and northeast and Park Slope to the northwest, Windsor Terrace has historically been a working-class and predominantly Irish-American neighborhood. With its wood-framed and brick row houses, it has in recent years seen an influx of newcomers who appreciate its proximity to the park, its single-family homes, and its old school Brooklyn charm.

The neighborhood, which retains its small-town feel, has played a significant role in a number of films. You can take a short walking tour of some of them, beginning at 279 Prospect Park West, between 17th and 18th streets, which stood in for the fictitious First Bank of Brooklyn in Sidney Lumet’s Dog Day Afternoon (1975).

Inspired by the true crime story of a robbery and hostage situation in Brooklyn in 1972, the thriller tells the story of first-time crook Sonny Wortzik (Al Pacino) and his friend Sal Naturale (John Cazale), who attempt to rob the bank to raise money for the sex reassignment surgery of Sonny’s wife, Leon Shermer (Chris Sarandon).

Though the building was converted into a 24-unit condo complex in 1988, most of the original façade is intact. Apartments in the building go for more than $1 million, which would break most people’s banks.

Walk a few blocks north to Prospect Park West and at number 215 you’ll find Farrell’s, a local watering hole that dates back to 1933. It was featured in Pollock, the 2000 Jackson Pollock biopic directed by and starring Ed Harris, and James L. Brooks’s 1997 romantic drama As Good as It Gets, which starred Jack Nicholson and Helen Hunt. 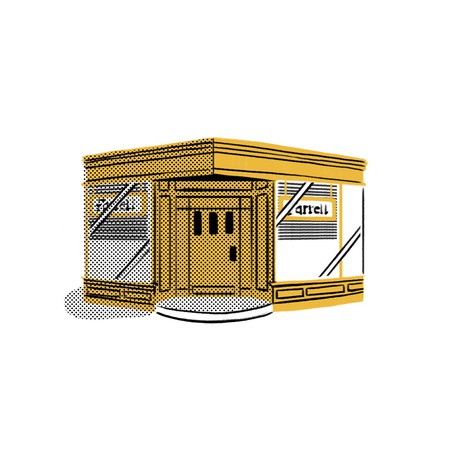 Among the bar’s noteworthy patrons is Shirley MacLaine, who famously stopped in for a drink with journalist, novelist, and Windsor Terrace native Pete Hamill while she was filming the 1971 drama Desperate Characters nearby. MacLaine became the first woman to be served at the bar, which, up until that point, had a long-standing rule barring women from ordering drinks.

Across the street from Farrell’s at 224 Prospect Park West is Terrace Bagels where Nia Vardalos’s Genevieve and her friends hang out in the romantic comedy I Hate Valentine’s Day (2009), which was written and directed by Vardalos. If you’re looking for Get On Tapas, the restaurant owned by John Corbett, Vardalos’s romantic interest in the film, it’s a block away from Terrace Bagels at 216 Prospect Park West. But don’t expect any tapas. The restaurant was created specifically for the movie in the space where Windsor Wine Merchants now stands. 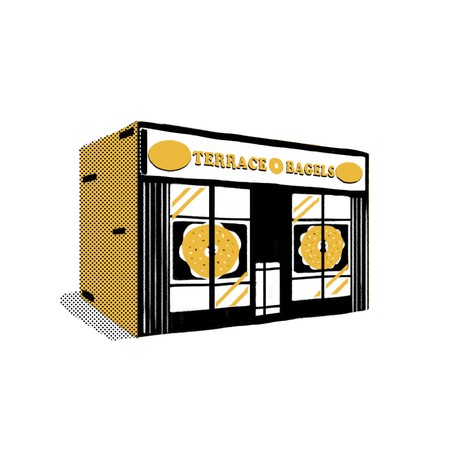 From there, head southwest on Prospect Park West and turn left onto Windsor Place. After walking a few hundred feet, turn left on Fuller Place, a charming street lined with porch-fronted brick row houses. At number 36, you’ll find the house where Spider-Man aka Peter Parker (Andrew Garfield) lived with his Aunt May (Sally Field) and Uncle Ben (Martin Sheen) in The Amazing Spider-Man (2012) and the 2014 follow-up The Amazing Spider-Man 2. Once Spidey finishes saving the city, you can almost picture him heading to Farrell’s to drink beer with the locals. 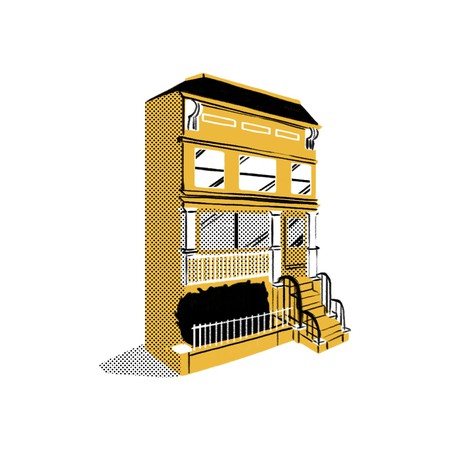 See also Your Guide to Brooklyn’s Park Slope in the movies.