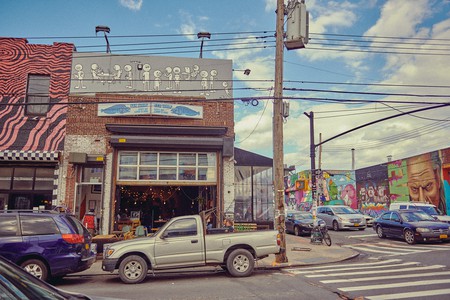 Austin McCormick’s Théâtre XIV hosts burlesque performances that are a great way to spend an evening in Brooklyn’s Bushwick neighborhood. The founder and artistic director breaks down where to eat, drink and dance before and after the show.

Right off of Bushwick’s bustling and hip strip on Wyckoff Avenue is Théâtre XIV. Ever since it opened three years ago, it has been home to founder and artistic director Austin McCormick’s Company XIV dance troupe.

“Bushwick is such an interesting mix of different things,” McCormick said over the phone. “There’s a Michelin-star restaurant, Faro, a couple of blocks from the theater, and there’s amazing street tacos.”

Before the permanent space opened on Troutman in 2017, Company XIV, founded in 2006, was an itinerant group that performed its Neo-Baroque fusion of opera, circus, dance, live music and burlesque productions around the city. McCormick has updated classic stories such as The Nutcracker, Alice’s Adventures in Wonderland, and Cinderella into queer nightlife spectacles. His latest is a modern take on the story of Adam and Eve called Seven Sins and includes cocktails inspired by pride, greed, lust, etc.

Each night, the audience of 200 patrons are looking for recommendations of where to eat, drink and go out dancing afterward, McCormick says, so he’s become familiar with the Brooklyn neighborhood that has become his second home. Below he breaks down his favorite post-show spots.

“There’s a restaurant called Le Garage which is owned by a mother and daughter who are French who just make really beautiful, wonderful French food, so that’s a really great recommendation,” he said. 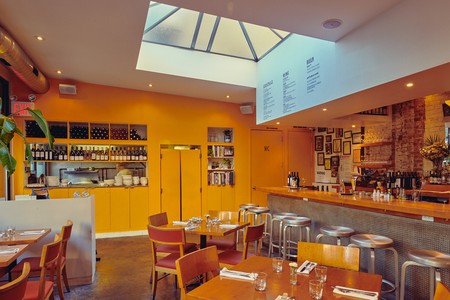 Catherine Allswang, who has owned and cooked at restaurants in San Francisco and Paris, came aboard when her daughter interior architect Rachel decided to open a restaurant in a former garage in Bushwick. Le Garage serves locally sourced, seasonal dishes such as house-made foie gras, organic chicken for two with thyme-crushed potatoes and confit garlic, and cocktails named after historical French women (like the Simone de Beauvoir: byrrh, dry vermouth, orange bitters and tonic). If you present your show ticket at Le Garage, you’ll receive a complimentary glass of champagne with your meal. 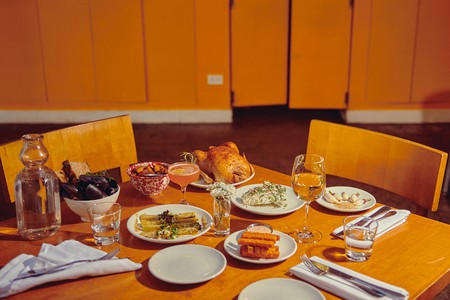 The restaurant is owned by chef Catherine Allswang and her daughter, Rachel, an interior architect | © Louise Palmberg / Culture Trip

“Guadalupe Inn is a Mexican-themed [restaurant],” McCormick said. “They have really fantastic cocktails and really fresh, beautiful food, amazing tacos, and I’ve become friendly with the owners, who are a chef and an operating partner, and they’re really fantastic. They have a really great mezcal menu.” 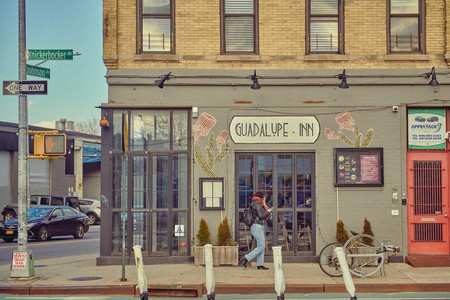 Chef Ivan Garcia helms the kitchen at Guadalupe Inn, named for the neighborhood in Mexico City. Styled like a 1940s supper club, the restaurant serves modern spins on Mexican classics with plenty of vegetarian options. Each night, the space hosts live performances, from Latin music to burlesque. 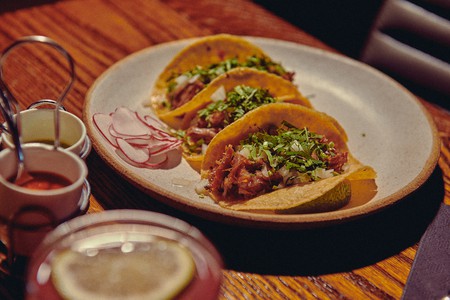 “There’s a great cocktail bar up the street called Left Hand Path.” McCormick continues. “It’s kind of like a neighborhood bar, but they have really fantastic drinks and snacks, and that’s a really fun place to go and hang out post-show.” 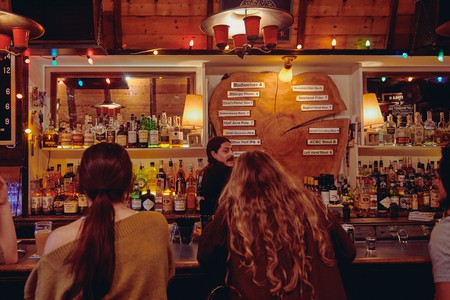 Left Hand Path is known for its beer selection, its interior – which is reminiscent of an old wooden ship – and its spacious outdoor area, which really brings the crowd in the summer months. 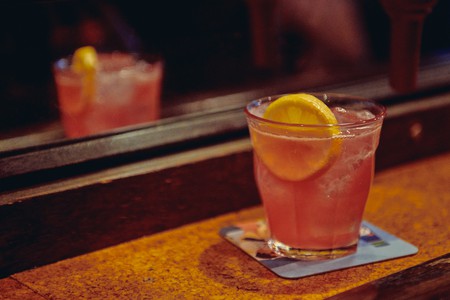 “There’s a great restaurant at the next corner from our theater called Sea Wolf that’s this really fantastic seafood, as the name implies,” McCormick said. “A lot of our patrons love to eat there before and after.” 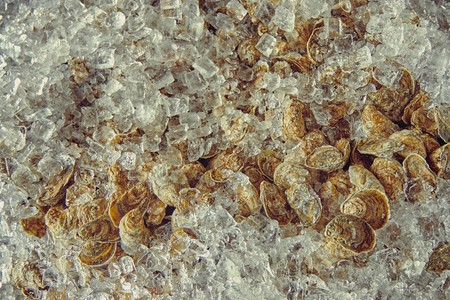 Daniel Cipriani opened Sea Wolf in 2016, his third restaurant after the now-defunct Urban Rustic and Lodge. Formerly, he was a set designer doing TV ad work for Red Lobster, Taco Bell and Olive Garden, and it shows in Sea Wolf’s kitschy homage to ocean life. The happy hour is not to be missed. Every day of the week, from 4pm to 7pm, Sea Wolf offers dollar oysters and $5 (£4.25) frozen drinks, wine, draughts and $3 (£2.50) beers. The menu also features animals you’d less likely find caught in a net, such as chicken and pork. Present your show ticket at Sea Wolf for a complimentary spritz or glass of wine with your meal. 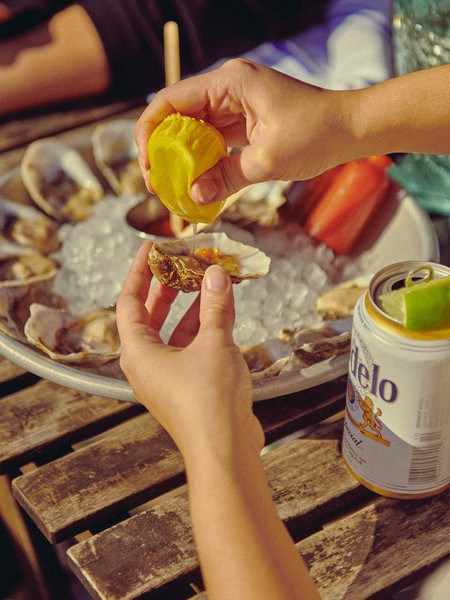 “House of Yes is right around the corner, so after the show a lot of people want to keep the party going and go dancing, have a drink, so we always recommend going over to House of Yes and having a good time,” McCormick continued. 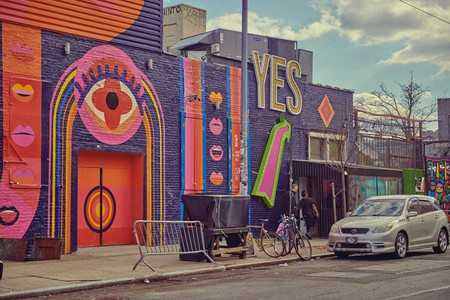 Founded in 2007, House of Yes is Bushwick’s premier club. Each night, the dance floor is a different experience where patrons are encouraged to participate in safe and decadent partying via outlandish costumes and performance.

“It’s been really exciting to get to know the neighborhood and be able to explore [it] more and more,” McCormick said. “[Bushwick] is one of those neighborhoods where you can have any kind of night; you can really shape it in terms of what you’re in the mood for. Hopefully a show at XIV is on the list,” he jokes.