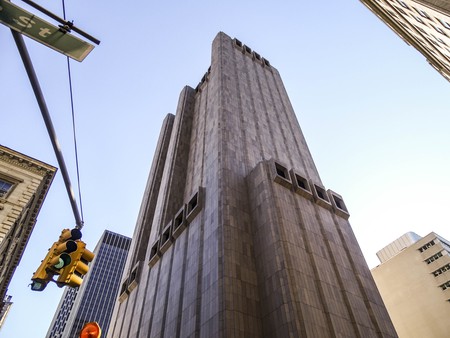 If you’re in the Tribeca neighborhood of Manhattan take a stroll down Thomas Street, where you’ll notice one of the buildings is a lot more terrifying than the others.

The 550-foot-tall skyscraper at 33 Thomas St., just a short walk from City Hall, is completely windowless and reportedly is used as a hub for spying by the National Security Agency (NSA).

The tower was designed by architecture firm John Carl Warnecke & Associates and built in 1974. The company aimed to create a “20th-century fortress, with spears and arrows replaced by protons and neutrons laying quiet siege to an army of machines within.” A terrifying vision, and one that was completely realized. 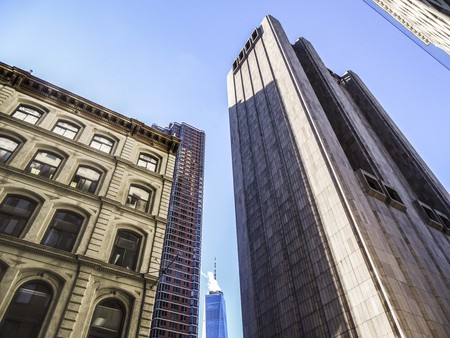 The building was built to house telephone switching equipment, and was part of the AT&T Long Lines Department. The equipment stored in the skyscraper needed a high level of security and space, hence the unusual features of the structure. It was originally known as the AT&T Long Lines Building after the long distance communication equipment it holds, but is now referred to by its street address. Now it also stores a portion of AT&T’s datacenter processing.

Not only does the building look utterly terrifying, it’s also designed to withstand a nuclear blast and fallout, and is equipped to be self-sufficient off-grid for two weeks, should the need arise, because of its importance to the nation as a communications link. The building may be very tall, but inside, each floor is said to be six meters high: almost double the size of normal office building floors, meaning there are 29 stories in total.

But the intrigue of the building doesn’t stop with its haunting facade and daunting structure. The Intercept reported in 2016 that the building is used by the NSA for surveillance. The website quoted a former AT&T engineer saying the building has a major international “gateway switch”, which routes phone calls between the U.S. and the rest of the world. A series of memos suggest the NSA tapped into some of these calls from a location within 33 Thomas St. 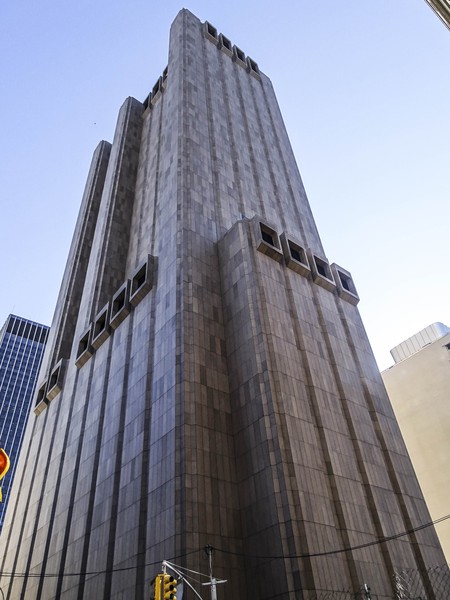 The Intercept described the building as “one of the most important National Security Agency surveillance sites on U.S. soil—a covert monitoring hub that is used to tap into phone calls, faxes, and internet data.”

The windowless walls, protruding ventilation shafts, lack of any obvious doors, and multitude of CCTV cameras certainly make this tower an attraction the more curious visitors to New York should check out. That it potentially houses a mass snooping operation only makes it creepier.