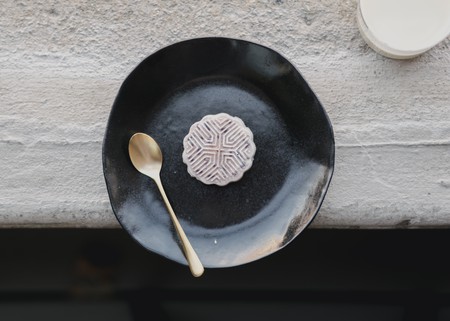 'Fancy Because It's French', the sixth course in the 'Asian in America' experience | © Jenny Dorsey

Asian in America, an innovative dinner experience, launched its inaugural event at the Museum of Food and Drink in Williamsburg, Brooklyn. Chef and creator Jenny Dorsey fuses food, art and technology to tell her story as an Asian-American chef.

Jenny Dorsey always knew she loved to cook. But her path to cementing herself as a chef was long-winded and full of maze-like twists.

While she knew her passion lay in food, she felt stymied by the confines of who her family instructed she become. “I grew up in a very traditional Chinese family,” she says. “I was told to be a lawyer or a doctor.”

Having started out in management consulting and the fashion industry, Dorsey applied to Columbia Business School. After accepting, she took a year off and decided to enrol in culinary school. She completed the program right before she was supposed to start business school, but opted to pursue her passion instead. “I realized food is where I want to be,” she says. “That’s where my heart is.” 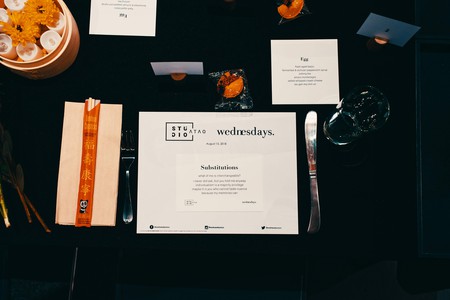 Each setting is arranged with informational cards | © Levy Bergman

Dorsey worked in fine dining establishments before launching Wednesdays – an underground, experimental dinner series – with her husband Matt four years ago. Jenny does all the cooking while Matt curates the beverages.

“The mission behind Wednesdays has always been about getting people to connect on a deeper level,” Jenny says. “Our whole ethos is how you use food as a way to prompt and push people out of their comfort zones. People are craving that kind of interaction even though they don’t really say that. They want to talk about something meaningful.”

Despite carving out a space for people to open up over food, Dorsey soon discovered that the food she was cooking wasn’t highlighting what she wanted to express; she was no longer cooking to showcase her own narrative. 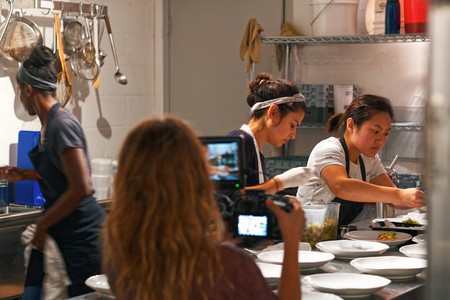 “There’s so many things I want to express through my food that isn’t just happy daisies and fairies all the time,” she says. “What about all those other emotions?”

So Dorsey started working on a brand-new project, one that would eventually morph into her newest food, art and tech series: Asian in America. The event launched at the Museum of Food and Drink on August 15. Here, Dorsey uses plated dishes, poetry and virtual reality to illustrate her own narrative as an Asian in America. She felt a rumbling hunger to tell her story, not only as an Asian-American but as a woman, too.

“We have to make women feel like their story matters,” she says. “They’re so busy being told to listen that no one listens to them. We need to tell them that they’re worth it.” 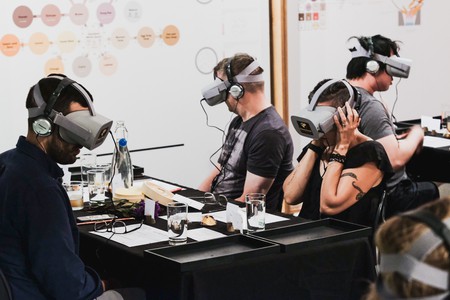 Some courses are offset with VR technology | © Levy Bergman

At Asian in America, guests are seated in small groups and served six courses throughout the evening. Each course is titled (the first course, for instance, is called ‘Substitutions’, while the final is ‘Fancy Because It’s French’) and showcases a specific story or idea. The second course, called ‘You Make Asian Food, Right?’, is a tangible, edible representation of Dorsey constantly being asked this question as a Chinese-American chef.

“This dish is about surfacing the unsubstantiated restrictions we place onto groups of people, in food and beyond. Being Asian-American certainly binds us all together… but each of us deserves the opportunity to be uniquely ourselves,” Dorsey wrote on Medium.

In an elevated glass bowl is black sesame and rye flour pasta, garnished with habanero chutney. Folded into the ribbons of pasta are dim sum-style cherrystone clams prepared in three ways (steamed, shucked and in a confit) – Dorsey’s rendition of the classic black bean sauce. The whole thing is crowned with a quail egg, stained pink from pickled beetroot juice. 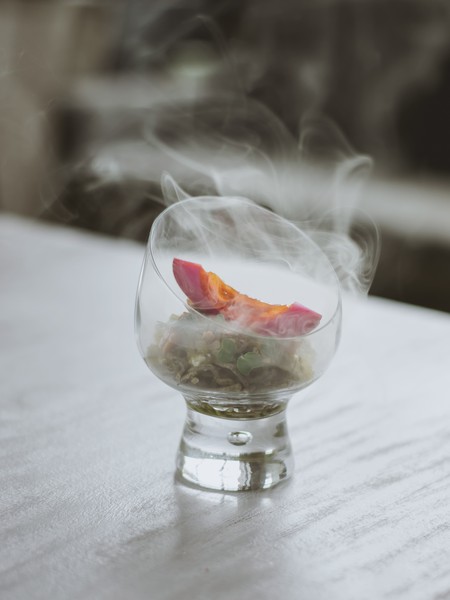 “It looks like the tea egg version, but it tastes very different,” Dorsey wrote. “I consider the egg a tongue-in-cheek version of saying, ‘Asian-Americans may look alike, but they are very different.’”

Each course is offset by poetry written by Dorsey or a VR experience. During the VR moments, guests watch as the courses are recreated using Tilt Brush, a VR painting platform, accompanied by a spoken-word performance.

“What I love about VR is that you can have this solitary experience in a busy space,” she says. “It’s just them in their head, having that visceral, guttural emotion.” 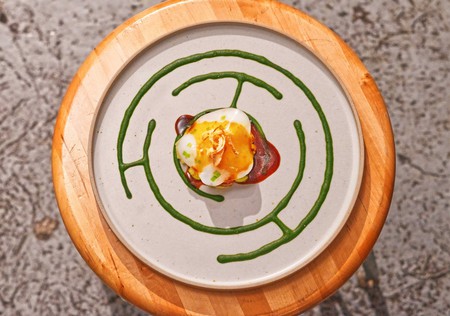 Guests are encouraged to discuss the symbols of each course, fostering dynamic and critical conversation about race, culture and stereotypes. Although Dorsey has only produced the event once, she’s soon to take the series on a North American tour to connect with different Asian communities.

“[I’m] really opening up and being vulnerable to my guests and showing them how I feel, what the influences of my food are,” she says. “[I’m] actually making the art that I always wanted to make but was too scared to.”