What Is the Presidents Cup? A Golf Lover's Guide 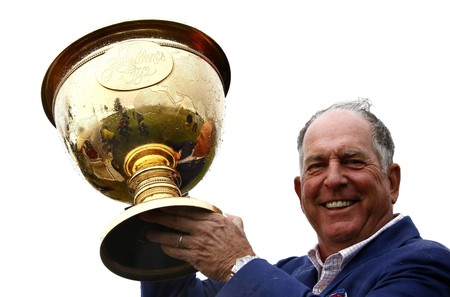 While many golf fans think of the Ryder Cup as the sport’s pre-eminent nation-focused match-play competition, they may not be familiar with the Presidents Cup.

Played every two years like the Ryder Cup, the Presidents Cup pits a U.S. Team against an International Team (consisting of players from around the globe, minus Europe). With this match-play competition coming to the New York metropolitan area from September 26 to October 1 at Liberty National Golf Club in Jersey City, New Jersey, Culture Trip takes a look at the rules, history and some fun facts surrounding the Presidents Cup.

Each team is made up of 12 players and captain(s). The event consists of 30 matches with each match worth one point. There are no playoffs with each side receiving ½ point if a match is tied after 18 holes. With a total of 30 points available, a team needs 15½ points in order to win the Presidents Cup.

• The trophy, created by Tiffany & Co., weighs 28 pounds and is spun by a spinner from five sterling silver circles into five different shapes. The spun components are then put together by a silversmith to comprise the Cup. The entire trophy is vermeil in 24-carat gold.

• There is no prize money awarded at the end, but net proceeds are distributed to charities selected by its players. The first 10 President Cup events raised more than $32 million for charities around the globe.

• The biennial event was initially held on even-numbered years, but due to the cancellation of the Ryder Cup in 2001 because of the September 11 terrorist attacks, both tournaments were pushed back a year, so now the Presidents Cup is held on odd-numbered years.