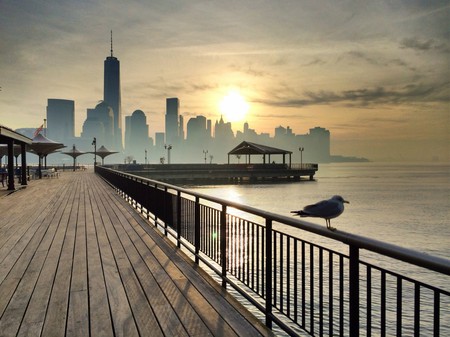 Although it may seem like Jersey City is a very congested city, there are pockets that prove ideal for getting some exercise. Between the multiple parks and diverse neighborhoods, running in Jersey City is one of the best ways to explore while getting that workout in. Whether it’s a long run or a speed walking stint, here are some great routes to take.

One of the oldest parks in Hudson County, Lincoln Park is not only full of history but covers more than 250 acres. Split into two parts, Lincoln Park West is home to wetlands near the Hackensack River. Although it’s still undergoing a wetland restoration project, Lincoln Park West has a few trails to explore. Meanwhile, runners can go through the winding roads of Lincoln Park East or take a lap on the track. 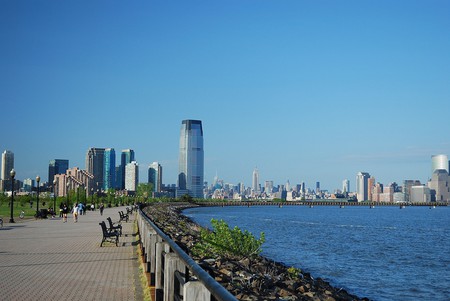 Anyone looking for a scenic run can give Liberty State Park a go. With part of the 5.36 miles lining the Hudson River, runners can have the New York City skyline as a backdrop during their trip. For those wanting to stay more inland, there are various paths that will take you to different parts of the park.

If you’re looking for a shorter run, then try taking The Hudson River Waterfront Walkway. Although it is 18.5 miles in total, Jersey City’s portion of it is one and a half. Those keen to extend the run a little can turn into the piers throughout the path and make the loops around.

Come on girls!!! 🌸Bring it and coax the sun ☀ to come out from hiding while you’re at it!

Hamilton Park is only a third of a mile. However, loops around it can increase your distance. Runners can start from the park and weave their way throughout the neighborhood. Not only will it make for a longer route, but it will also let you admire the old brownstone homes and quaint streets.

The Heights neighborhood in Jersey City sits on top of the New Jersey Palisades, and this area lives up to its name. Whether you decide to run from Pershing Field to Washington Park or start at Riverview Park and end up in Hoboken, the Heights has lots of hills and valleys that prove challenging but very rewarding afterward.