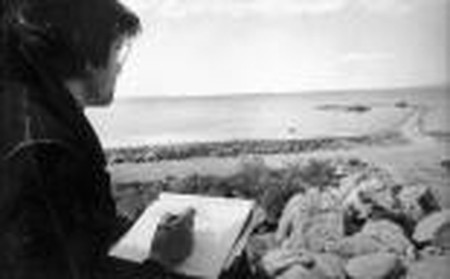 Robert Smithson, the legendary land artist who created Spiral Jetty in Utah, was captivated by the industrial landscape of his native state of New Jersey. He pays homage to this in his photo-essay Monuments of Passaic New Jersey. 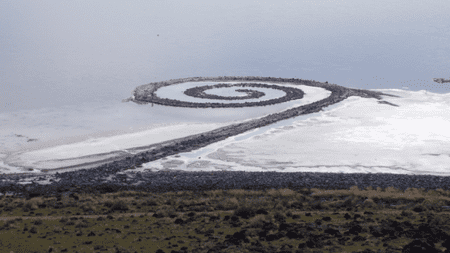 It sometimes seems as though New Jersey is maligned merely for not being New York. Outshone by its neighbor state, New Jersey is seen as less advanced, less metropolitan, more industrial; traveling from New York to New Jersey is like moving through time as well as space.

For Robert Smithson, a son of New Jersey and a legendary land artist who died young but left a legacy of spectacular earthworks behind him, New Jersey’s landscape would prove irresistibly captivating. Influenced by an eclectic mix of theory drawn from William Burroughs, Roland Barthes, and Jorge Louis Borges, Smithson saw these scenes from his native hinterland as a different world, every bit as fascinating and deserving of attention as the New York art world to which he now belonged. 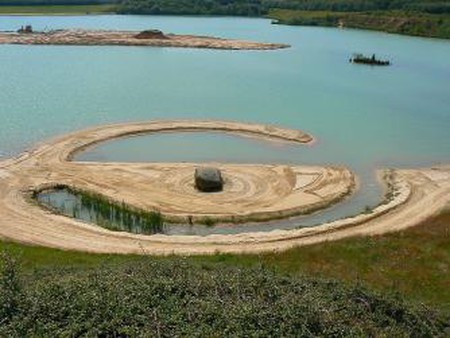 Several years before Smithson created the iconic Spiral Jetty (1970) and moved towards focusing primarily on land art, he created a photo-essay called the Monument of Passaic New Jersey (1967) in which he photographed various industrial relics he found in the region and re-imagined them as ‘monuments’ from a different time, musing on their artistic significance. Although a lesser-known work, it remains a thought-provoking experiment and sheds light on Smithson’s later preoccupations with time and entropy. The strangely unpretentious essay is an abstract yet honest description of his vision.

Smithson’s descriptions demand little commentary, so we have just selected a handful of the monuments from his essay. The first was a bridge between the Bergen county and Passaic county. As the bus went over it, he pulled the cord, got out and photographed what he saw:

‘Noon-day sunshine cinematized the site, turning the bridge and the river into an over-exposed picture. Photographing it with my Instamatic 400 was like photographing a photograph…I was completely controlled by the Instamatic (or what rationalists call a camera)’ 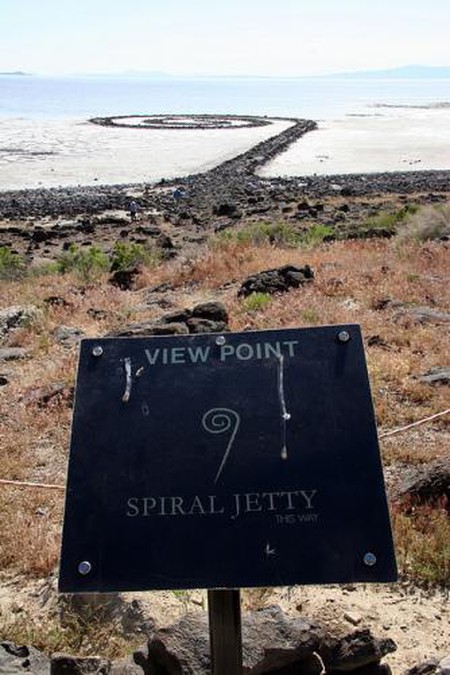 As part of a society that increasingly sees everything solely as a series of images, even the real becomes unreal and is, therefore, open to re-imagination.

‘Along the Passaic River banks were many minor monuments such as concrete abutments that supported the shoulders of a new highway in the process of being built. River Drive was in part bulldozed and in part intact. It was hard to tell the new highway from the old road, they were both confounded into a unitary chaos.’

Throughout his essay Smithson sets up a hierarchy of dichotomies beginning with New York vs. New Jersey and expanding to Chaos vs. Order, Organic vs. Inorganic, New vs. Old. Smithson also writes of imagining time being sped up and watching ruins extend upwards as architecture falls down, describing the panorama as containing ‘ruins in reverse.’

Captions for scenes were imposed by Smithson after the fact, as in his transformation of drainage pipes into ‘a monumental fountain that suggested six horizontal smokestacks that seemed to be flooding the river with liquid smoke. The great pipe was in some enigmatic way connected with the infernal fountain.’

‘Since it was Saturday, many machines were not working, and this caused them to resemble prehistoric creatures trapped in the mud, or better, extinct machines – mechanical monsters stripped of their skin.’The sci-fi vision imagines weird, monstrous life belonging to a time that is neither past nor future. Photographed in an intentionally amateur way, they are resolutely not artistic photographs of the mundane in the vein of someone like Ed Ruscha, or manipulated photographic illusions, but simply ‘Instamatic’ Polaroids.

It is hard to tell from Smithson’s prose whether he is being derogatory or complimentary towards Passaic, New Jersey:

‘Passaic seems full of holes compared to New York City, which seems tightly packed and solid, and those holes in a sense are the monumental vacancies that define, without trying the memory-traces of an abandoned set of futures. Such futures are found in grade B Utopian films, and then imitated by the suburbanite.’

Smithson considered running guided tours from New York to see the ‘Monuments’, but whether such a market existed remains to be seen. His lifelong interest in places that were out of the way, or off the beaten track, led him to create works that are extremely hard to get to. Spiral Jetty, shown in the video below requires a compass and a four-wheel drive to safely access. That isolation, arguably, is part of its mystique.