Here's How Atlantic City, NJ, Got Its Name 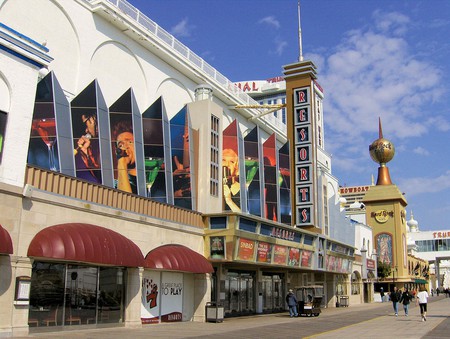 Long before Atlantic City was the hippest resort town of the 1930s and the gambling hotspot we know today, it was a densely-wooded island populated by New Jersey’s native Lenni Lenape people. And they didn’t call it Atlantic City.

The Algonquian-speaking tribe called the island Absegami, meaning “little water,” for the bay that separates the island in the Atlantic Ocean from the nearby New Jersey shore. Over time, the place became known as Absecon Island to colonial settlers, who largely ignored the island because the only way to get there was by boat.

By 1850, a local physician named Dr. Jonathan Pitney proposed taking advantage of the island’s beaches and developing a resort. Pitney teamed up with local businessmen to secure a railroad charter, and in 1854 construction was completed on the Camden-Atlantic rail line. Richard Osborne, a Philadelphia civil engineer, designed the layout of the resort town and proposed the name Atlantic City.