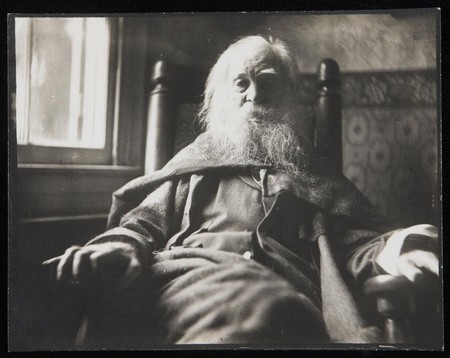 Legendary American poet Walt Whitman is often associated with Brooklyn and Long Island, where he was born and raised. But Whitman scholars know some of his most well-known works were penned in – and inspired by – a little town on the Delaware River. Camden is a much different place today than it was in 1873, when Whitman moved to town, but there are still a few landmarks that any Whitman buff should visit.

There was a time when fans of Whitman’s work flocked to the house on Mickle Street to visit the Good Grey Poet. Whitman lived here from 1873 until his death in 1892. He wrote most of Leaves of Grass in an upstairs bedroom. Today, the house is a museum where visitors can see Whitman’s desk, garden, the water bed where he died, and the death notice that was nailed to the door. 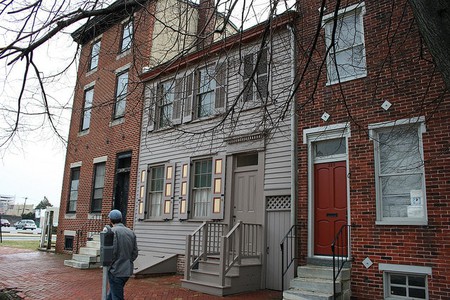 Camden’s City Hall makes the list of literary landmarks thanks to the inscription above the door. It pays homage to Whitman’s “I Dream’d in a Dream” from Leaves of Grass, about Whitman’s new home city. The inscription, “In a Dream I Saw a City Invincible,” makes for a great Instagram background. 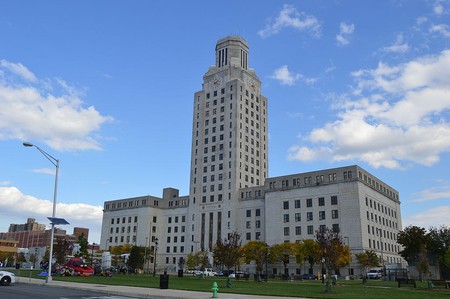 Whitman spent a great deal of time strolling along Camden’s waterfront, which during his lifetime was a bustling port populated by shipbuilders, fishermen and ferry boat captains. Today, things are… different. The Camden Shipyard has been closed since the 1960s, and there’s no ferry anymore. But you can still stroll along the waterfront, which has undergone an extensive rejuvenation in recent years, see the same views of the Delaware Whitman loved almost 150 years ago, and get a great look at the massive suspension bridge between Camden and Philadelphia named for the poet. 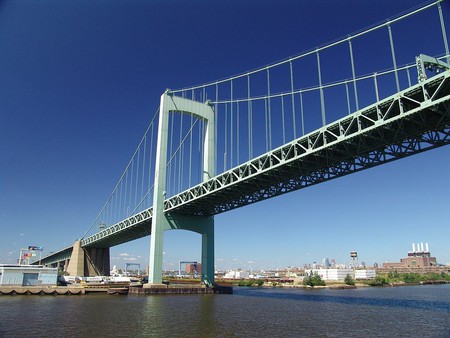 The last great story of Whitman’s life is the tale of how he came to be buried in Harleigh Cemetery on the outskirts of Camden. Thanks to his literary notoriety, he was given a plot of land to construct a mausoleum. Whitman raised money from his supporters – more than $3,000, a small fortune at the time – to build a summer cottage, but instead spent it on his granite mausoleum. Whitman was involved with every aspect of the tomb’s construction. Today it’s one of the most frequently visited graves in the country. 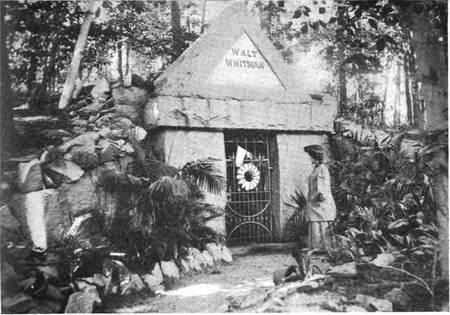