Where to Enjoy Comedy in Baltimore, MD 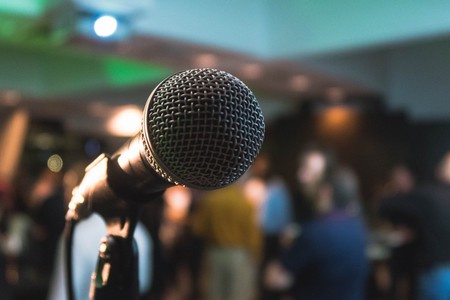 Baltimore’s comedy scene has grown in the new millennium. Promising stand-up and improv comedians have set up shop in Charm City to try their material in front of friendly Baltimoreans, and established talents have found welcoming audiences ready to have a good time. A number of area bars and restaurants host monthly or weekly comedy nights, but these are our top places to enjoy comedy in Baltimore.

From four members in 2004 to over 60 performers in multiple in-house troupes, the nonprofit Baltimore Improv Group has grown into a powerhouse. Dedicated to performing and teaching improv with a focus on diversity and inclusion, BIG does six shows a week at its theater in Station North, established in 2017, along with outside events. They also host two comedy festivals (Baltimore Improv Festival and XFest), open mics, youth and adult improv workshops, and corporate workshops and retreats. Shows are $5 or less, with a special promotion through May 2018 when all shows are free. 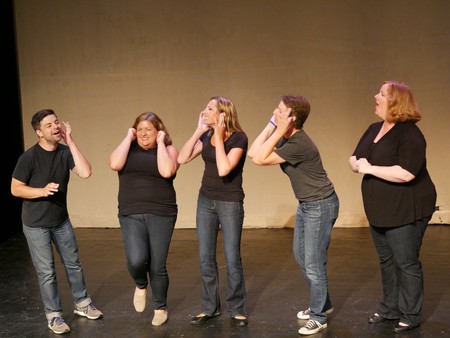 Founded in 2014, Charm City Comedy Project aims to create an inclusive community for all types of comedic talent in Baltimore. Performing out of the Lou Costello Room of Hampden’s Zissimos Bar, named for one half of the famous Abbott and Costello team, CCCP features seven improv and sketch comedy troupes, with $5 performances every Friday and Saturday followed by a free open mic. CCCP also holds a two-weekend festival each May—the Charm City Comedy Festival—featuring stand-up comedians and improv and sketch groups from around the country.

Baltimore Whiskey Company hosts this stand-up comedy showcase on the first Thursday of each month. Set in the basement of Joe Squared, where you can grab some great pizza before or during the show, BWC provides the Shot Tower Gin while Baltimore comedian Umar Khan hosts a rotating lineup of fellow comedians whose credits include New York and Los Angeles clubs, HBO, and Jimmy Kimmel Live! For just $5, tickets sell out fast, so follow Baltimore Whiskey Company on Facebook or Twitter to get the jump on the next show.

The Hippodrome Theatre at the France-Merrick Performing Arts Center

The Hippodrome Theatre has a long, storied history in Baltimore. Opened in 1914, it operated as a movie palace and vaudeville theater for decades, hosting famous comedians such as Bob Hope, Jack Benny, and Milton Berle, until it closed in 1990. Since reopening in 2004 as a live performance venue, the Hippodrome has gone back to its roots, giving the stage to modern comedians like Kevin James, Trevor Noah, and John Oliver for special one-night-only performances. Tickets range from $56–100+, so check their calendar for upcoming events to grab the good seats fast. 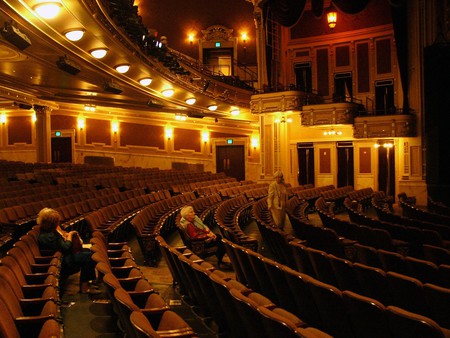 Baltimore Comedy Festival just had its first outing in 2017, attracting great crowds and dozens of talented comedians. The five-day event begins with an opening ceremony, followed by three days of events in cool, quality venues across the city, such as Ottobar, and capped by a closing ceremony. While a few events require tickets of $5 or less, most are free, with opportunities for meet and greets, panels, and podcast recordings. BCF also hosts free events throughout the year, so follow them on Facebook for the latest on upcoming shows and this year’s festival.

Magooby’s location in Timonium may be a little outside of the main city, but this 350-seat venue is one of the largest comedy clubs on the East Coast and has been voted #1 in the Baltimore area multiple times by City Paper. With nationally recognized headliners such as Tom Green and Rich Vos, quality lighting and sound, and excellent service, it’s no wonder. Shows run Thursday–Saturday with multiple performances on Friday and Saturday, ranging from $10–20.

Performing once a month at The Grand, Willard & Wood’s style of comedy is rather different from the norm. Their show, Willard & Wood: An Evening of Impossibilities, weaves humor with sophisticated magic tricks and mind games to create not just laughs but also mystery and wonder. It’s also one of the few comedy shows in Baltimore open to under 18-year-olds, with a minimum age of 13 when accompanied by an adult. While slightly higher priced at $45 for general admission, this spellbinding, sidesplitting performance might be worth your while.

Sully’s Comedy Cellar, in the Baltimore suburbs, brings “big laughs without sacrificing class.” The intimate comedy club attracts well-known names from HBO, Last Comic Standing, and Comedy Central, so you’re sure to have a good time. Located under the same roof as The Bowman Restaurant, with free parking, you don’t have to look far to get a great meal before or after the show; if you bring your receipt from Sully’s to The Bowman’s bar, your first round of drinks are buy one, get one free. Shows run Fridays and Saturdays for $15, with occasional Thursday events.