Tribute To Muhammad Ali: 7 Incredible Facts You May Not Know 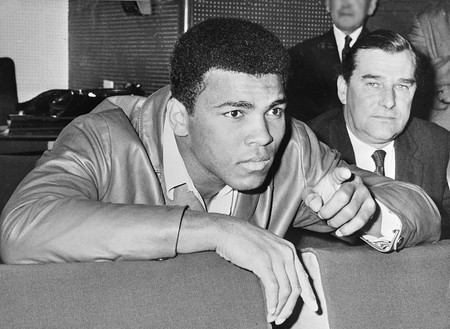 A fighter both in and out of the ring, Muhammad Ali, a.k.a. The Greatest, revolutionized American perspectives on race and war during his remarkable life and career. He sadly passed away on June 3rd at the age of 74. In honor of this legendary boxer, we spotlight a few facts you may not know about the Sportsman of the 20th Century.

He was named after a white abolitionist

While widely known by his chosen name, Muhammad Ali, this legendary and influential boxing champion was born Cassius Marcellus Clay in Louisville, Kentucky in 1942. He was named, as his father was too, after a white politician from Kentucky who had been a figure in the anti-slavery movement and a member of the Republican Party in the 19th century.

He threw his Olympic Gold Medal in the Ohio River

Earned at the 1960 Olympic Games in Rome, Ali cherished his Gold Medal – it is said he even used to sleep with it on at night. One night (date unknown) after Ali was refused service at an ‘all-white’ restaurant and fought with a white gang, he stood on the Second Street Bridge in Louisville and threw his medal into the Ohio River. In June 2014, during an annual sweep of the river banks, Louisville-local Robert Bradbury found the medal and gave it to the Muhammad Ali Center, a non-profit which had opened in 2005.

He enjoyed a brief stint in a Broadway musical

In 1969, having been barred from boxing due to his refusal to be drafted in the US armed forces, Ali performed in Buck White, a musical adaptation of the play Big Time Buck White. The production, directed by Oscar Brown Jr., saw Ali play the role of a black militant lecturer. Though the musical lasted only seven shows, Ali received mostly positive reviews in publications including the New York Times.

TASCHEN published a book entitled GOAT: A Tribute To Muhammad Ali, which weighs a whooping 75 pounds and comprises of 762 pages, with 600,000 words and 3,000 images. The collector’s editions come in pink leather, the color of the Cadillac Ali purchased for his parents following his first professional fight in 1960. The leather itself is produced by the official bindery for the Vatican, and each edition is presented in a silk-covered box. The limited collector’s editions sell for between $6,000 and $15,000.

He practiced his speed by dodging rocks

Ali is quoted on his official Twitter account as saying ‘I used to ask my brother Rudy to throw rocks at me. I’d dodge every one. That’s how I learned how to bob and weave: ducking rocks.’

Frank Sinatra once photographed the boxer

In 1971, Frank Sinatra made it a point to be at the Fight of the Century between Ali and Joe Frazier, an event which formed part of the former’s comeback from boxing exile. Sinatra, a prominent supporter of the Vietnam war, had famously supported Ali’s opponents in the past. Hosted at Madison Square Garden, the fight was attended by some of the most well known names at the time, the likes of Miles Davis, Normal Mailer and others. It is said that even Sinatra had trouble securing a ticket, and was only able to attend by agreeing to take on the role of guest photographer for Life. Four of Sinatra’s shots ended up in Life’s nine-page spread of the event.

Toni Morrison was the editor of his autobiography

Ali’s first autobiography The Greatest: My Own Story, written with Richard Durham, was published in 1975. Toni Morrison, a young editor with Random House at the time, worked on the release. She famously noted that while Ali came from a middle class neighborhood in Louisville, it was ‘black middle class, black Southern middle class, which is not white middle class at all.’