Gertrude Käsebier | The Woman from Iowa Who Pioneered Photography

One of the most successful portrait photographers during the late 19th and early 20th centuries, Gertrude Käsebier followed her professional passion, defying society’s limited expectations of women. She not only made a successful career for herself outside of the home, but also helped elevate photography to fine art status. Her works appeared in important exhibitions and magazines, including Ladies’ Home Journal and Everybody’s Magazine. She was a truly modern woman. 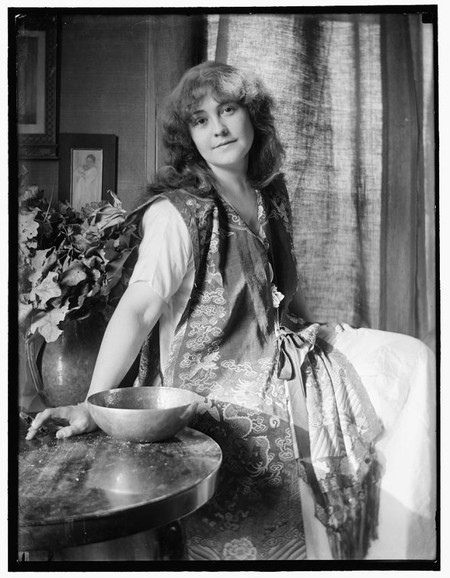 Born Gertrude Stanton in Fort Des Moines (present-day Des Moines, Iowa) in 1852, Gertrude Käsebier came from a middle class family. As a child she spent a few years in Colorado, which would influence her art, before relocating to Brooklyn, New York with her family at the age of 12. According to sources, she was always an independent child with an interest in art. She married Eduard Käsebier in 1874, and they had three children. During a time when women, especially those who had a family, were expected to stay home and be dutiful housewives, Stanton had other things in mind. She wanted to study painting, travel and have a career apart from her husband. She was a modern woman in every sense of the phrase. She knew she could do more than what was expected of her. 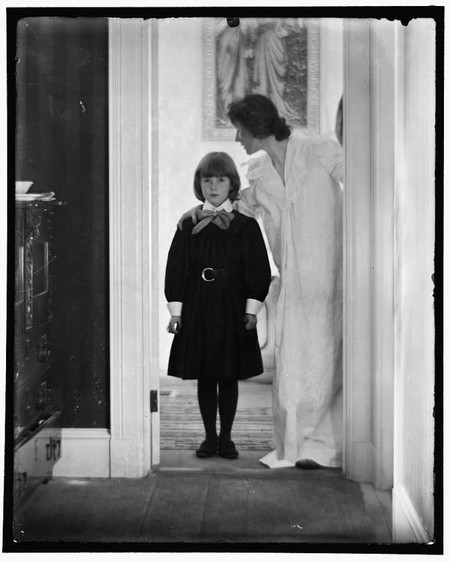 Gertrude Käsebier, Blessed Art Thou amoung Women, 1899 | Courtesy of Library of Congress

Even as an adult, Käsebier’s independence never wavered, and she did not allow marriage to stand in her way either. It was not until her children were slightly older that she enrolled at the newly created Pratt Institute in Brooklyn to follow her passion. Although she enjoyed taking photographs of her family, her first love, or so she thought, was painting. In 1889 she began to study drawing and painting, which would have a profound effect on her future work.

Following her graduation, Käsebier visited France, where she realised her true passion was photography. Becoming a part of the Pictorialism movement, the processing techniques Käsebier utilised allowed her to manipulate the photos, which in turn gave her pictures a dreamlike quality. Due to her background in painting she found inspiration in many artworks of the time, including those by James McNeill Whistler, Mary Cassatt and the Symbolists. 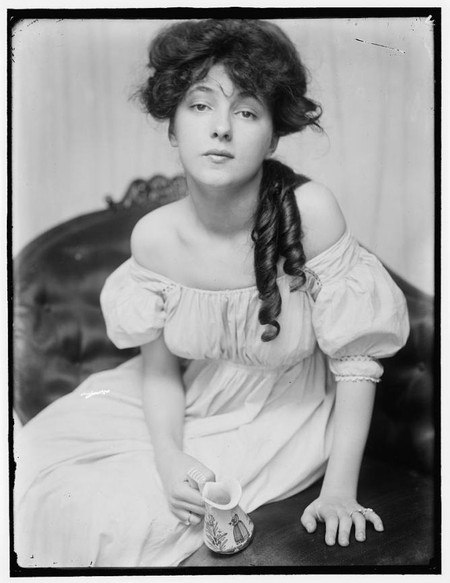 Given Käsebier’s remarkably creative photographs, she received many accolades from the outset of her career. She won two photo contests in 1894 and went on to open her own portrait studio in 1897, which became very successful. In 1898, she was chosen to participate in the Philadelphia Photographic Salon where ten of her photographs were on display. By 1900, Käsebier was featured in an exhibition that focused solely on American female photographers, which was exhibited in Paris. She caught the eye of many influential people. Iconic photographer Alfred Stieglitz took an interest in her artistic photographs and, when he was putting the Photo-Secessionist group together, he invited Käsebier to be a founding member because her work embodied everything he wanted photography to be: a media capable of producing incredible fine art. In other words, Käsebier was an instant success on the art scene and a pioneer in elevating photography as a fine art. 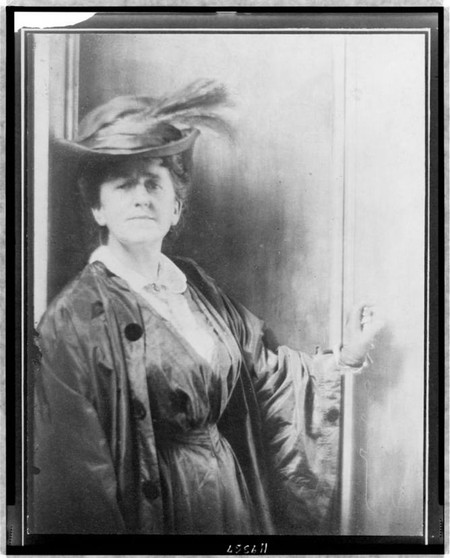 The majority of Käsebier’s work focused on femininity, which manifested itself in Victorian motherhood and domestic scenes, amongst others. Her beautiful, sometimes hauntingly magnificent photographs were consistently imbued with an artistic tone. The manner in which she used light and processed her photos often gave the works a painterly quality with soft features and blurred lines. She was not merely capturing a moment; she was infusing her photographs with emotion. Two exquisite examples of her motherhood photos that capture an intimate and tender moment between mother and child include Blessed Art Thou among Women (1899) and the Madonna and Child-inspired The Manger (1899). In both photos, the mothers are focused on their children and dressed in white garb to emphasise their maternal nature and pureness.

Even though she is widely known for her maternal photos, Käsebier also depicted other sides of femininity. Some women were shown as exotic femme fatales, whilst others were portrayed as women free from stereotypical feminine ideals. For example, in Käsebier’s portrait of Evelyn Nesbit, a model and showgirl, Nesbit is staring out at the viewer, dressed in white, and holding a small pitcher, which represents her virginity. However, with the look in her eyes and the manner in which the pitcher is positioned, the viewer knows the woman she portrays is not so innocent. Rose O’Neill, on the other hand, was photographed to show a new type of femininity: the woman who could think for herself and do things for herself. Still dressed in white but with a colourful cover up, a cigarette in hand, and looking toward the viewer, this woman is strong and independent. She no longer has to be portrayed as the typical Victorian woman. 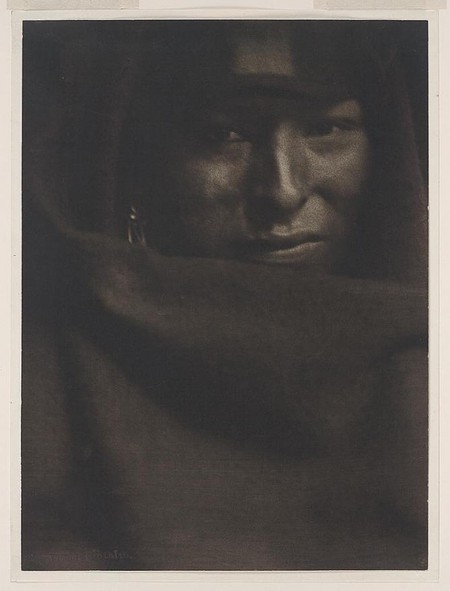 Gertrude Käsebier, The red man, 1902 | Courtesy of Library of Congress

While the majority of her artistic work represented femininity in different scenarios, a profile on Käsebier would not be complete without mentioning her other work. As a commercial photographer she produced regular portraits of important people in her studio and portraits of other artists in their studios. She also did a series of photographs of Native Americans. As a child in Colorado, she had many friends who were Native American, and they left a great impression on her. When Buffalo Bill’s Wild West Show arrived in New York, Käsebier invited them to her studio and continued to photograph them over the years; however, she never sold these portraits out of respect for the Native Americans who sat for them. 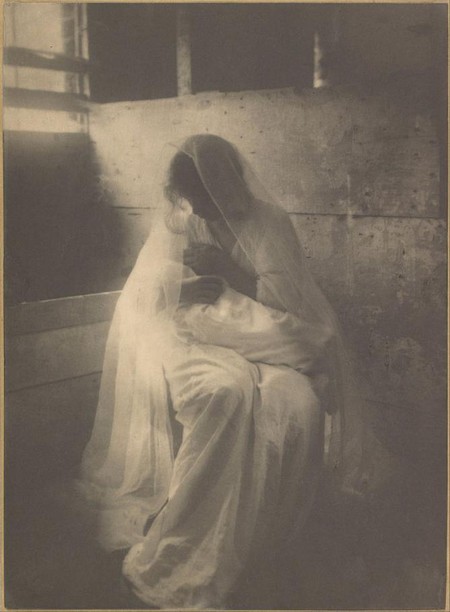 Although seen as an artist and rightfully so, Gertrude Käsebier was primarily a commercial photographer and that fact caused tension not only between her and her husband but also with photographer Alfred Stieglitz. Her husband was upset that she was making money and financially supporting the family, whilst Stieglitz was generally against artists working for money. Showing that she was a modern woman who could think on her own, she continued to work even though her husband opposed it. As for Stieglitz, Käsebier eventually left the Photo-Secessionist group and continued to create and exhibit beautiful works of art. She even went on to teach at Clarence White’s, a friend and fellow Photo-Secessionist, School of Photography, paving the way for future female photographers, such as Dorothea Lange, who was a student at the school.