A Brief History of the Mother Mosque of America 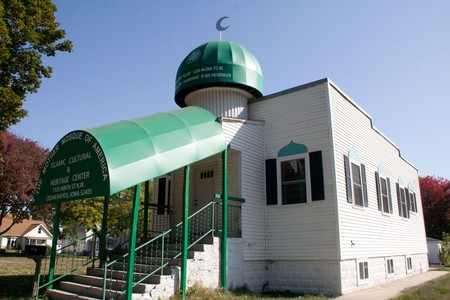 A symbol of Islamic roots on the North American continent, the Mother Mosque of America is the oldest standing mosque in the United States. Built in 1934 in Cedar Rapids, Iowa, the effort was put forth by a community of Muslim immigrants who resettled in the Midwest after leaving the Ottoman Empire in the 19th century.

As their numbers grew and their new homeland was hit with World War I and the Great Depression, the Muslim people of Cedar Rapids, Iowa came together to create a place of worship and cultural preservation. For almost 40 years, the white, two-story, school house-like structure served as a place of prayer before it was sold after a larger mosque was built nearby.

Since 1991, when the Islamic Council of Iowa purchased the building, the Mother Mosque has once again begun to serve as a center of Muslim faith and culture. Today, the building is listed on the National Register of Historic Places and operates as an informational center, inviting non-Muslims to learn about and explore the rich heritage and histories of Islamic culture. 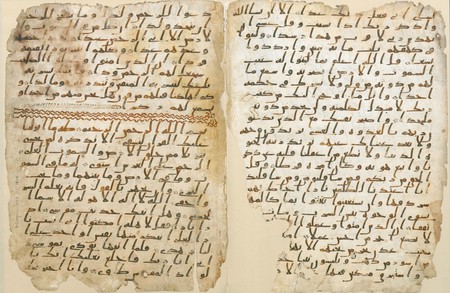 In 2008, a devastating flood destroyed the mosque’s collection of priceless books and archives—Qurans, prayer rugs, and various other treasured artifacts from the Ottoman Empire that were brought over by the area’s early Muslim migrants. Despite this tremendous blow, the community came together to focus on the positive: the original structure still stood—not all was lost.

Last year, the Mother Mosque made headlines when the center’s director and imam—or prayer leader—invited then-presidential candidate Donald Trump to visit the mosque. He told TIME: “As an imam and director of the first mosque of North America, I, Imam Tawil, declare that we would love to have our candidate Donald Trump come and talk to his fellow citizens—who have been born here, whose parents were born here—as Americans. To come talk to us about his plans, to come to tell us his philosophy, and to tell us how he can help us out as American citizens.” A visit has yet to be scheduled.

Mother Mosque of America | © ArtisticAbode / WikiCommons
Give us feedback