The Most Beautiful University Campuses In The Midwest

Every college campus is a stunning place of academics, but some excel more than others. The Midwest has the privilege of experiencing every incredible season, meaning its already-beautiful college campuses get draped in colorful fall foliage and picturesque winter snow each year. Take in the views at one of these local universities and see for yourself why they made our best in beauty list.

Miami University in Oxford, Ohio is among the top ten oldest public universities in the United States. It was founded in 1809, before Midwest neighbors like Indiana, Michigan, and Illinois even became states. Today, it educates more than 23,000 students at its sprawling, small-town campus and competes in collegiate sports as the Miami RedHawks. It’s been recognized as an elite Public Ivy school in the past, meaning that the quality of its public education is comparable to what’s offered at the nation’s top, private Ivy Leagues such as Harvard and Yale.


University of Notre Dame (IN)

Historic Notre Dame sits just adjacent to South Bend, Indiana and is one of the Midwest’s most iconic universities. Though well known for their Fighting Irish football team, the highly exclusive Catholic institution churns out field-topping architects, engineers, scientists, and medical professionals every year. Notable spots on campus include the shining Golden Dome, Touchdown Jesus, and the Grotto of Our Lady of Lourdes.

Tender, strong and true… Happy Mother's Day to all the moms in the #ndfamily!

Washington University, commonly known as WashU, in St. Louis, Missouri consistently ranks high on international higher education lists. It has a current enrollment of nearly 15,000 gifted students, as well as 27 Rhodes Scholars and 25 Nobel laureates among its alumni. The school is also famous for hosting more presidential and vice-presidential debates than any other institution in the country. Joe Biden, Sarah Palin, Hillary Clinton, and Donald Trump have all debated on WashU’s campus. 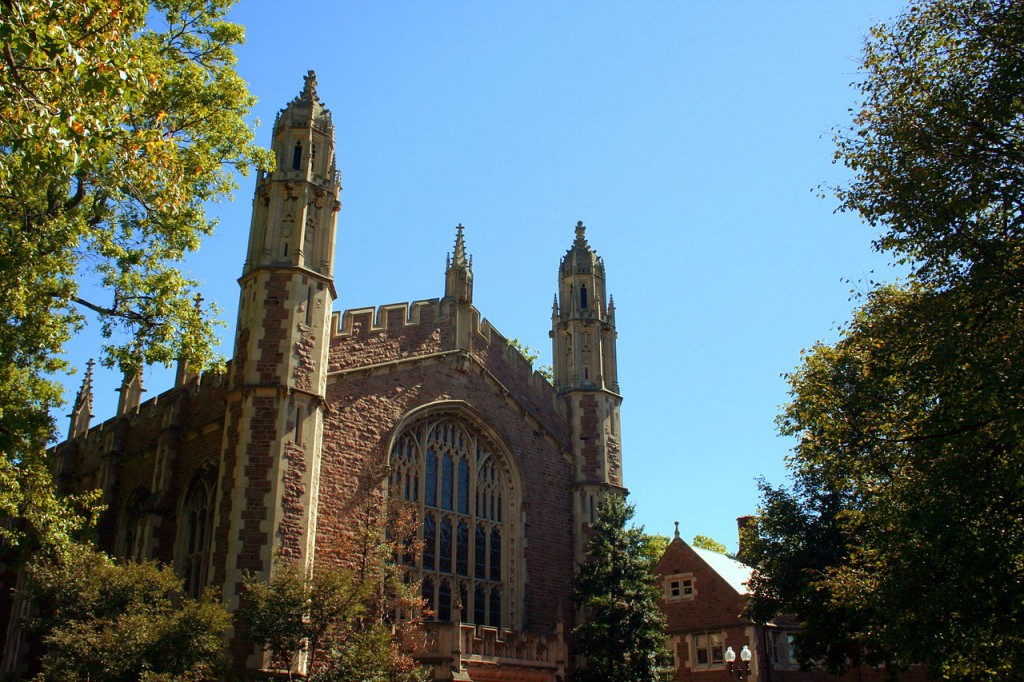 The University of Chicago, located in Chicago’s south side Hyde Park neighborhood, is often considered an unofficial Ivy League institution. It consistently outranks other Midwest universities in all categories, creating an extreme air of selectivity. Though an obvious destination for undergraduate studies, UChicago’s professional schools outnumber the undergrads by nearly double. About 10,000 postgraduate students are enrolled each year along with just 6,000 undergraduates. Their list of notable alumni and faculty include 92 Nobel laureates, 50 Rhodes Scholars, 50 MacArthur ‘Genuis Grant’ recipients, and many other decorated academics. 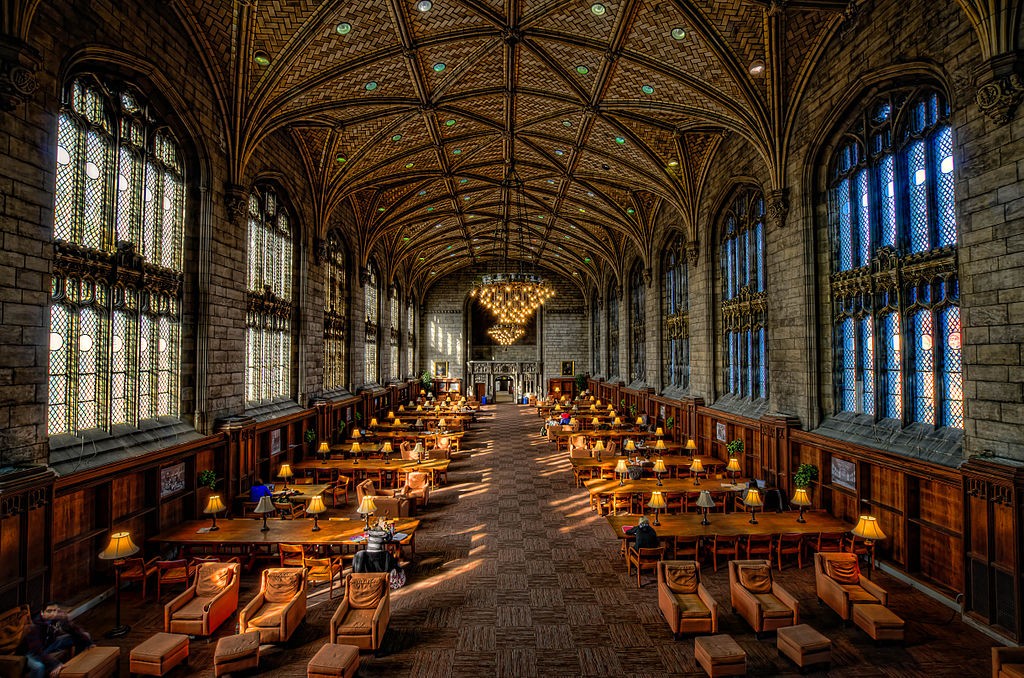 When Wisconsin became a state in 1848, the University of Wisconsin-Madison was commissioned as the flagship school for the public state university system. It’s nestled between lakes Mendota and Monona and less than a mile from the State Capitol building. The expansive campus operates like its own contained city, and its frequent bike-riding students coupled with the countless available lake activities result in it being a very active and outdoorsy university. UW-Madison is also referred to as an elite Public Ivy school, and Frank Lloyd Wright and Joyce Carol Oates are among their many outstanding alumni. 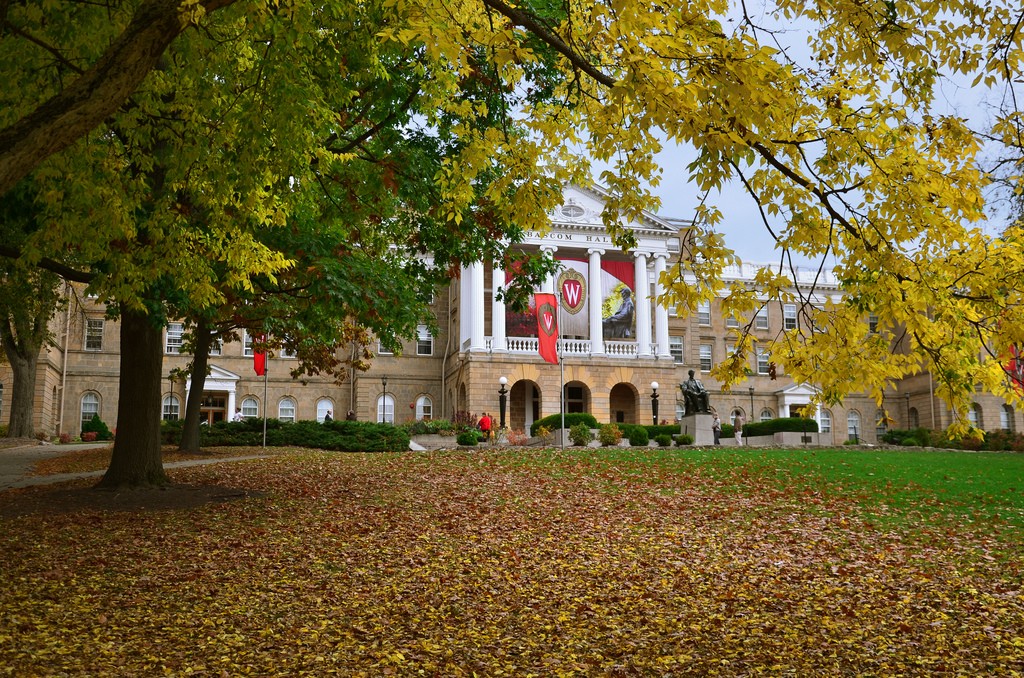 The morning sun shines as students go to and from Agricultural Hall during the first day of Fall-semester classes. Photo by @jeffmiller_uwmad #uwmadison #wisconsin #badgers #WiWelcome

On the North Side of Chicago sits Loyola University. As one of the nation’s largest Catholic universities, it operates two Chicago campuses. The main, traditional college campus is found in Rogers Park on the picturesque shores of Lake Michigan, and the Water Tower Campus lives right in the middle of bustling downtown Chicago. In the last 20 years, Loyola has become a leader in nationally recognized sustainability practices following the construction of three LEED Silver-certified and four LEED Gold-certified buildings. The Lake Shore Campus was ranked as the fourth greenest college in America by the Sierra Club in 2014, thanks to their new Institute of Environmental Sustainability.

Today, @USNews again ranked us as a Top 100 national university. See where we landed on their other lists on LUC.edu.