Inside Merrie Monarch: the World's Most Prestigious Hula Festival 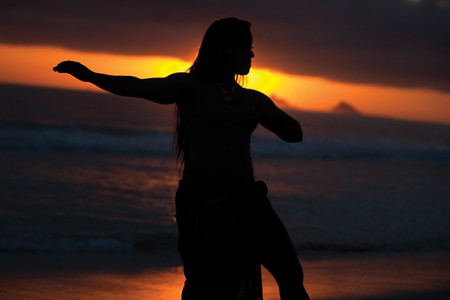 When April rolls around, the Big Island becomes a mecca for lovers of hula and Hawaiian culture. Locals plan their aloha print outfits long in advance and struggle to acquire tickets to one of the most beloved events of the year—the Merrie Monarch Festival.

The festival’s namesake, King David Kalākaua, once famously said “Hula is the language of the heart. Therefore the heartbeat of the Hawaiian people.” Now celebrated for over 50 years, the festival was originally created to increase tourism to the Big Island. Instead, it evolved to carry out a far deeper purpose and become the world’s biggest and most prestigious hula festival.

The story begins when Hawaiian language and culture were oppressed in the mid to late 19th century. King David Kalākaua, nicknamed the “Merrie Monarch,” fought to revitalize his dying culture and a period of Hawaiian Cultural Renaissance emerged as a result. In this spirit, the annual weeklong Merrie Monarch Festival celebrates the Hawaiian culture and perpetuates the art of hula through various events. Most notably, events include the Hawaiian arts fair, local live entertainment, parade, and world-renowned hula competition.

The ancient art form is still extremely popular today with hālau (hula schools) coming to attend the competition from across the globe. Those who are able to score a coveted ticket to the competition anxiously await the performances. Each year marks a new battle for the title of best hālau in a spectrum of categories and for best dancer in the world. The annual judges are comprised of esteemed musicians, kumu hula (hula teachers), Hawaiian language experts, and academics of Hawaiian culture.

To prepare for the competition, young women aspiring to be the next Miss Aloha Hula train for years to perform hula kahiko (traditional old-style hula), ʻauana (modern hula), and oli (chanting) onstage with the hopes of being crowned with the most prestigious award of the festival. Aside from serving as a hula dancer’s dream, to perform is a considerable honor to the hālau, kumu hula, and all the islands. The winner is interviewed on local TV channels and celebrated for months to follow. She will also appear on her own float at the annual King Kamehameha Day parade.

Edith Kanakaʻole Stadium—the location of the competition—isn’t the only place abuzz. The streets of Hilo are also full of excitement during the festivities and locals love to show off their unique street styles. Papale lauhala (woven hala tree hats), haku lei (head lei), Hawaii inspired jewelry, and pieces by local up-and-coming fashion designers can always be spotted during the event. If you’re there, it can be just as fun to people watch as it is to attend one of the many events.

This year’s Merrie Monarch Festival will be held through April 7 and promises all of the excitement and tradition of years past.