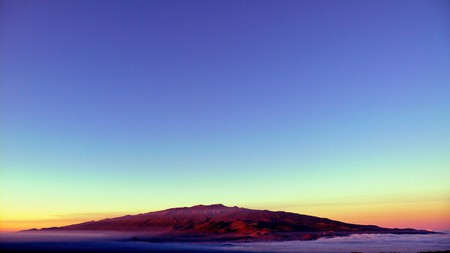 The smell of sulfur and the faint glow of lava in the distance are enough to inspire wonder about the power of Kīlauea volcano. It’s a significant attraction on Hawaii’s Big Island, and important to the ancient Hawaiians. With only a few man-made structures in sight, it’s easy to imagine the view that the Hawaiians had so long ago. Here are seven unusual experiences you can only have on Hawaii’s Big Island.

Soak up the sun on a black sand beach 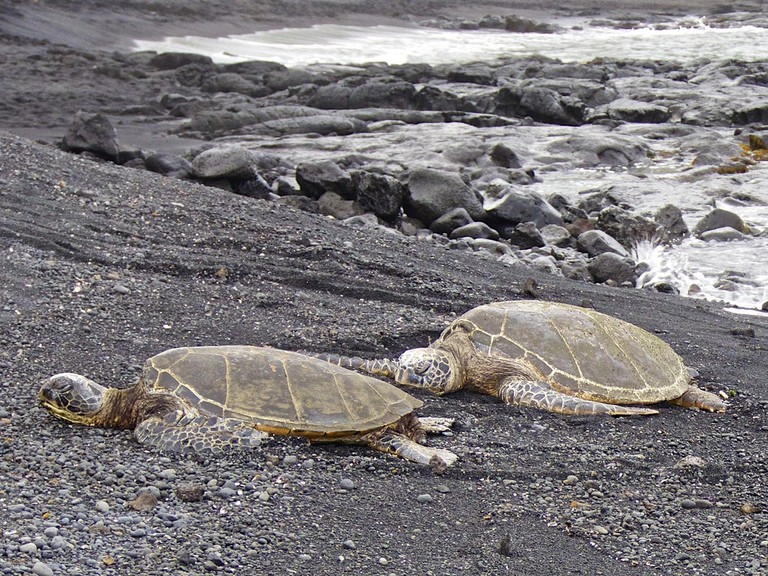 Honu at Punalu‘u Beach | Honu at Punalu‘u Beach
Punalu‘u Beach is not only famous for its jet-black shoreline but is also a well-known place to spot honu (green sea turtles). These endangered marine reptiles are often found basking in the sun or munching on algae in the shallow bay.
Open In Google Maps
Ninole Loop Rd., Na'alehu, Hawaii, USA
Give us feedback

View the lava flow from above

Natural Feature
Facebook
Email
Twitter
Pinterest
Copy link
Share
Map View
In the sky, you can see the island from a different perspective. For a bird’s-eye view of the active caldera, lava flow, and point of entry into the ocean, sign up for a guided helicopter tour with the trained professionals at Paradise Helicopters. Photographers should be sure to pick a tour with the “doors off” option, as this will enhance your experience and the quality of your photos.
Open In Google Maps
2450 Kekuanaoa St., Hilo, Hawaii, USA
+18668767422
Visit Website
Give us feedback

Watching the sunrise or sunset on Mauna Kea is a 360-degree spectacle. When measured from the sea floor, Mauna Kea is the tallest mountain in the world at 33,000 feet (10,058 meters), adding to the unique experience. The moon rises in the east, giving way to galaxies and constellations, while on the west, the sun slowly dips below the surface, fading into orange, yellow and cotton candy pink.

Have a drink while the mantas swim by

Rays on the Bay 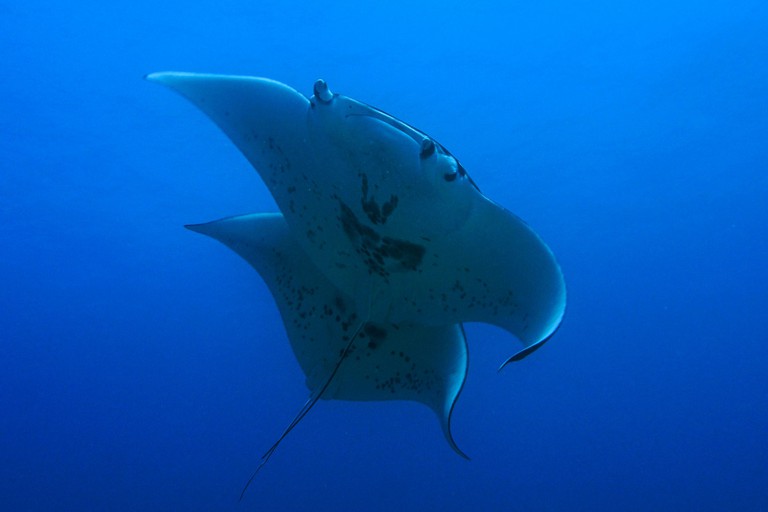 There’s only one place where it’s possible to watch manta rays in the wild while sipping a cocktail and eating pupus. Rays on the Bay is aptly named after the group of manta rays that feeds offshore of Keauhou Bay at night. The gigantic manta rays ethereally glide through the water feeding on microscopic plankton and tiny fish. Rays on the Bay has open-air seating and sits on an outcropping of lava, a unique place to view the animals from above.

Or get up-close on a manta ray night dive

Keauhou Bay in Kona is the best place to see manta rays in their natural habitat. Many companies offer tours right in town for this once-in-a-lifetime experience. Scuba divers often sit on the sea floor to watch the action from below, while snorkelers float on the surface and have an equally enchanting view. 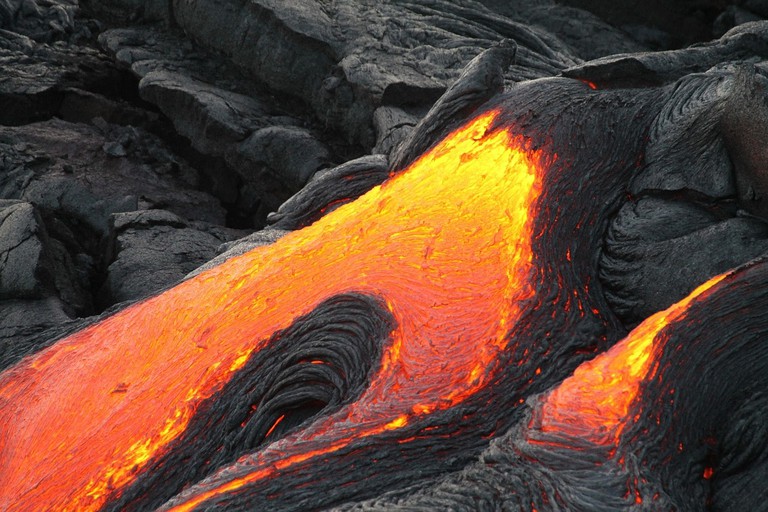 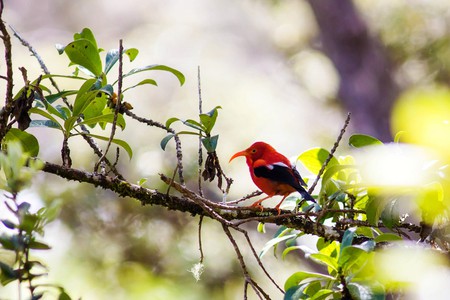 Ornithology enthusiasts savor the opportunity to catch a glimpse of one of Hawaii’s endangered feathered friends. Today, many native birds are already extinct, but most surviving species can only be found on the island of Hawaii. One of the best places for birding is the Puʻu Oʻo Trail in the Upper Waiakea Forest Reserve. Visitors can listen closely for the songs of the ʻelepaio (Chasiempis sandwichensis), ʻōmaʻo (Myadestes obscurus), ʻamakihi (Chlorodrepanis virens), ʻapapane (Himatione sanguinea), and ʻiʻiwi (Vestiaria coccinea).