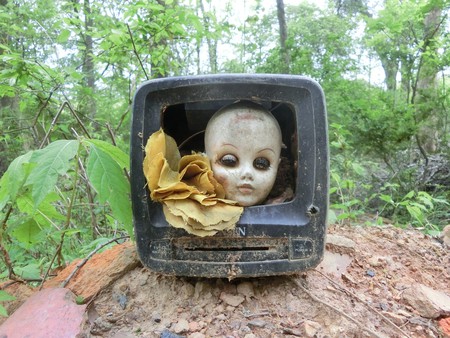 From contemporary art galleries to boundary-pushing street art, the art scene in Atlanta is not only rich and diverse but also multifaceted. Perhaps one wouldn’t expect to see art lining an old hiking trail, but locals and visitors alike are checking out the Doll’s Head Trail at Constitution Lakes. 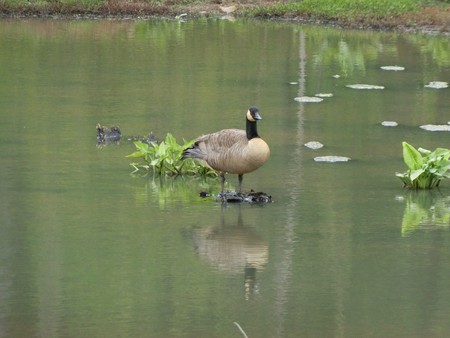 Just over five miles (eight kilometers) from downtown Atlanta sits a 125-acre unique, nature preserve. Originally the digging site of the South River Brick Company, Constitution Lakes Park was officially established in 2003 by Dekalb County. The brick company is long gone, but over the years, rainfall and flooding from the South River filled the deep pits made by the brick company and created a system of beautiful lakes and ponds. The preserve also has attracted many wildlife species not usually seen in urban dwellings. The county began constructing paved trails and boardwalks around the ponds to allow exploration of the grounds. 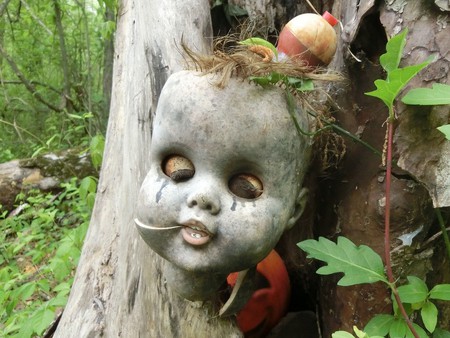 Noticing that trash was building up around the site, Joel Slaton, a local carpenter, started Doll’s Head Trail from discarded doll parts and various junk scattered around the preserve. After seeing the art, it prompted others to contribute their own found art. Re-purposed materials have been collecting there ever since. The artistic trail features many doll heads, but you can also see other decorative elements along the path, including sheet metal, old televisions, and abandoned bricks. Visitors to the trail can contribute to the exhibit with one caveat: the art must be found within the preserve. 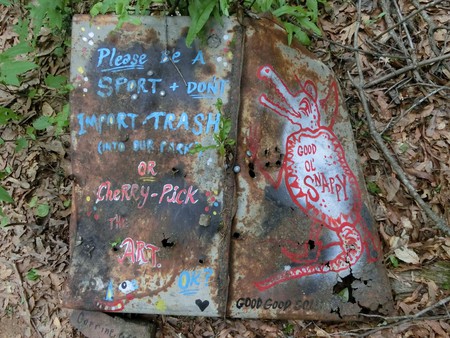 The preserve has become a favorite spot for hikers, bird-watchers, fishermen, and nature lovers alike. Constitution Lakes lies at the intersection of South River Industrial Boulevard and Moreland Avenue. Doll’s Head Trail is not so easily seen, but you can access it behind the two lakes on Rail Ridge Trail.