A History Of Atlanta's High Museum Of Art In 1 Minute 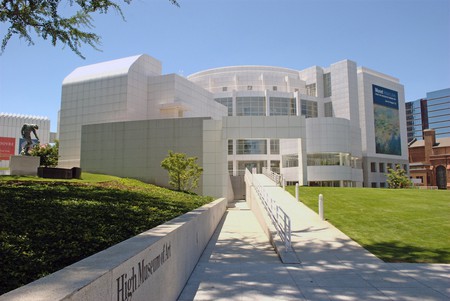 The High Museum of Art, situated in the arts district just north of Atlanta’s downtown core, has been a leading icon in the world of art since the early 20th century. Boasting a diverse art collection ranging from 19th- and 20th-century American art to European paintings, the High is considered one of the most important art museums in the Southeastern US, with over 15,000 works of art in the permanent collection.

Founded in 1905 as the Atlanta Art Association, the High Museum of Art officially opened in 1926 after the High family donated their residence on Peachtree Street; the museum operated in the home until it was moved to an adjacent brick building in 1955. An unfortunate event, in which 122 local art patrons were killed in a plane crash on a museum-led tour to Europe, led to the creation of the Atlanta Arts Alliance in 1962, established in the victims’ honor. Just six years later, the museum added the Atlanta Memorial Arts Center, a structure built around the existing museum. The High continued to have success, growing rapidly over the next decade. In 1979, Robert W. Woodruff proposed a challenge grant, offering $7.5 million for a ‘museum big enough for Atlanta’ – that is, if the museum could match it. Along with art patrons and local Georgians, the museum was able to raise enough money to not only match Woodruff but also exceed the grant by an additional $12.5 million. 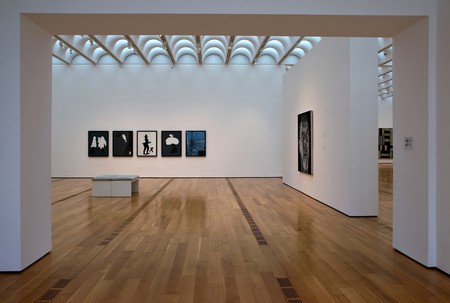 The interior of the High | © brookenovak/WikiCommons

Designed by notable architect Richard Meier, the new expansion – which boasted 135,000 square feet of space – opened to the public in 1983, quickly garnering attention and accolades internationally. His design, which included a spiral ramp, curved, stark-white façade, and a four-story atrium – constructed to play with light and shadows within the galleries – received worldwide acclaim and several awards. In 1984, the High was allotted the Honor Award and named one of the ‘ten best works of American architecture of the 1980s’ by the American Institute of Architects. Known today as the Stent Family Wing, the expansion in the 1980s allowed the High to display more extensive exhibits and increase its already growing collection of works. 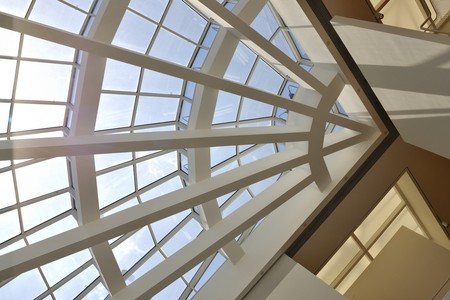 In 2005, in response to a growing demand for more exhibitions and programs, the High underwent yet another renovation, expanding to include three new buildings, a restaurant, and a European-style piazza – which more than doubled the size of the museum. Designed by Italian architect Renzo Piano, the new structures exhibited modern features that elegantly accompanied those of the previous decades. This new ‘village for the arts’ not only allowed for large-scale installations and expanded exhibits, but it also paved the way for more educational programs. 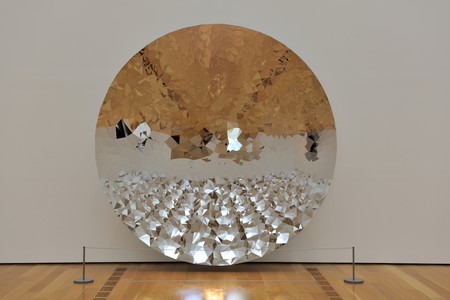 The High Museum of Art has continued to grow and refine its collection, which includes modern and contemporary art, 19th- and 20th-century American art and decorative works, photography, African art, European paintings, and African-American art. The museum has also committed to acquiring other forms of work, including folk art and those by Southern artists. As an institution that puts an emphasis on collaborating with international museums, longtime collectors, and notable installations, the High distinguishes itself as a role model for museums across the US.