11 Films and TV Shows Everyone Must See Before Visiting Atlanta 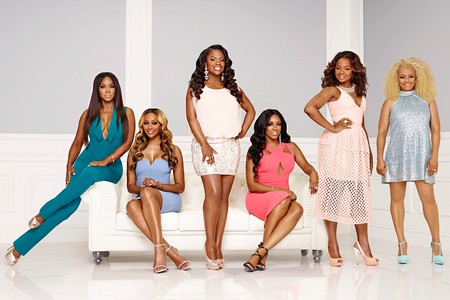 Atlanta is a city that is known for its Southern hospitality, prominent civil rights history, the rise of hip-hop, and the often imitated but never duplicated lemon pepper wing. Here are 11 television shows and films you must watch before you touch down in the A.

David Oliver Selznick adapted Margaret Mitchell’s Pulitzer Prize-winning novel Gone with the Wind (1936) for the silver screen in 1939. This movie tells the story of young Scarlett O’Hara, the spoiled daughter of a well-to-do plantation owner in the Old South. Though this film’s depiction of slavery has been considered controversial, Hattie McDaniel was the first black performer to win an Academy Award for her role as Mammy.

Designing Women is about four Southern women running a successful interior design firm in Atlanta. Not only did this show change the narrative of the traditional Southern woman, but it also tackled social issues that were not traditionally unpacked on scripted television.

Based on the Pulitzer Prize-winning play by Alfred Uhry, Driving Miss Daisy is a classic comedy-drama about a wealthy white woman’s 25-year relationship with her African-American chauffeur. The movie swept the 1990’s award season, taking home the Oscar for Best Picture.

Inspired by the life of super producer Dallas Austin, this coming-of-age film gives a bird’s-eye view into the culture of marching bands and campus life at Historically Black Colleges. Drumline’s backdrop is in the heart of Atlanta, at the fictional Atlanta A&T University, where a drummer from New York (Nick Cannon) shakes things up with his raw talent and cocky New York persona.

ATL is a classic that gives a glimpse into Atlanta’s urban and hip-hop culture while following the lives of four teenage boys who find themselves navigating school and the streets while chasing after their dreams. The cast of ATL is filled with familiar faces, most notably, Atlanta music legends T.I. and Outkast’s Big Boi. With summer pool parties and Sunday skate nights at Cascade, this movie stays true to its Atlanta roots.

The Real Housewives of Atlanta (2008)

The cast of The Real Housewives of Atlanta serves up all the drama, fashion, and entertainment with a touch of shade. Binge-watching all 10 seasons will give you a glimpse into the “reality” of Atlanta, and if you observe closely, you’ll find a few hidden gems to check out on your next visit.

Directed by Ava DuVernay, this Oscar-nominated film tells the story of the 1965 voting rights march from Selma to Montgomery led by Atlanta’s Martin Luther King, Jr. What makes this film special is that it highlights Atlanta Civil Rights heroes such as Andrew Young, Hosea Williams, and John Lewis—men that were also leaders of the Civil Rights Movement.

This documentary shines a light on the rise of Southern hip-hop, as told by the super producers known as Organized Noize. Rico Wade, Ray Murray, and Sleepy Brown take the audience back to the ’90s to give a rare look into the creative process that bore megahits from Outkast, Goodie Mob, TLC, and more.

The critically acclaimed breakout hit created by and starring Atlanta’s own Donald Glover, better known as Childish Gambino, is not to be missed. This FX show chronicles the lives of two cousins who are working to find their way to stardom while navigating life in the process.

Through this documentary, viewers follow the civil rights journey of activist and congressman John Lewis. As a living legend and national treasure, this is a story not to be missed.

You haven’t had wings until you’ve experienced the classic lemon pepper wing, extra wet. Miss Info and a star-studded cast including Donald Glover, Waka Flaka, and Rick Ross are in this YouTube special that explains why no city does wings like Atlanta.