10 Reason Why Everyone Should Visit Atlanta at Least Once 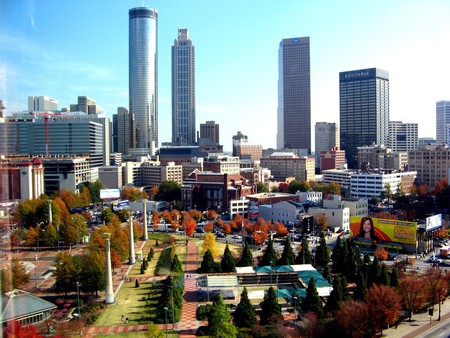 Before it was referred to as “Hotlanta” or “The Dirty Dirty,” Atlanta was known as the “City That’s Too Busy to Hate.” With its eclectic dining scene, posh shopping districts and rich history, it’s no wonder the city is one of the most popular destinations in the southeast. From its southern charm to its dynamic culture, here are ten reasons why you should visit Atlanta at least once. 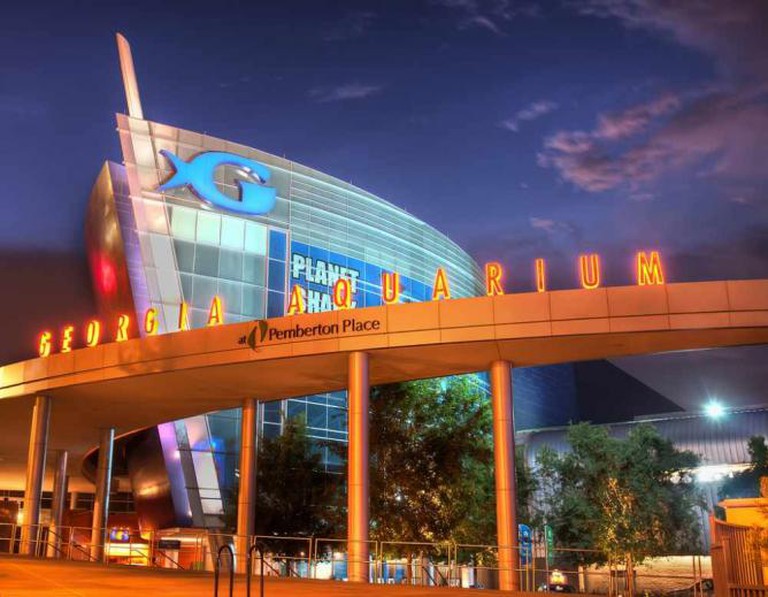 The World of Coke Museum

Coca-Cola is not just a soda to the city of Atlanta, it warrants a museum. Founded in 1990 and originally located in Underground Atlanta – an underground shopping attraction – The World of Coca-Cola is a museum showcasing the history of the Coca Cola Company. Just blocks away from Centennial Olympic Park and the Georgia Aquarium, visitors get to taste flavors from around the world, watch how Coke is bottled and enter the vault, where the secret formula is held. 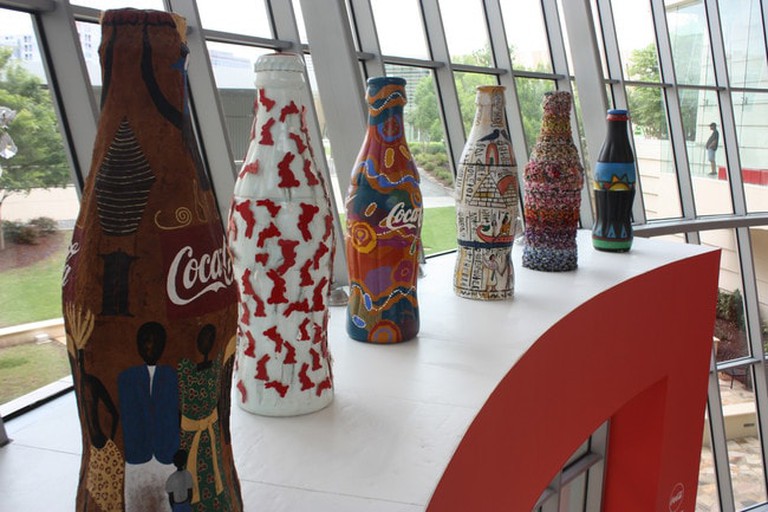 Centennial Olympic Park | @Michael Lehet/Flickr
Atlanta is a part of Olympic history. Built as a gathering spot for visitors and residents to enjoy during the 1996 Summer Olympic Games, Centennial Olympic Park is a main attraction in downtown Atlanta. The 21-acre park is still is a popular place for many of the city’s festivals, concerts and special events. The park features beautiful fountains and sprawling grass areas and several hotels surrounding the park have captivating views of the park.
Open In Google Maps
265 Park Avenue West Northwest, Centennial Park District, Atlanta, Georgia, 30313, USA
+14042234412
Visit Website
Give us feedback

One of the oldest news networks in the world, CNN Center offers guided walking tours and exclusive, behind-the-scenes access to the world headquarters. The tours allows for a more in-depth look at how a live broadcast is produced and sent to viewers. 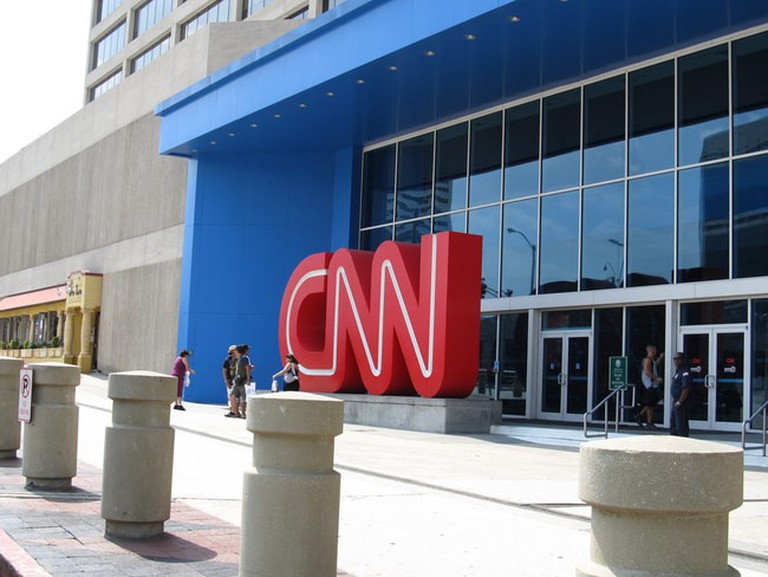 Atlanta has a unique and eclectic dining scene. From southern favorites such as fried chicken to fried tofu, a dish that the city’s not particularly not known for, Atlanta boasts exceptional cuisine, world-renowned chefs and has a robust cocktail culture. Locals love Krog Street Market which features sixteen food and beverage spots. Whether you’re in the mood for Italian or French fare, Mediterranean or Vietnamese, Atlanta offers visitors and its residents world-class cuisine. 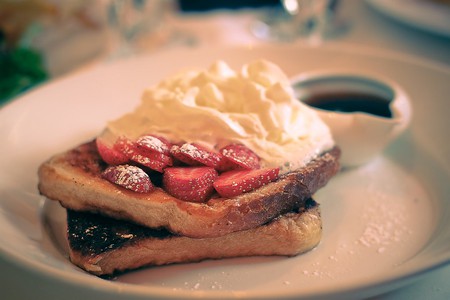 Founded in 1837, Atlanta became a major railroad hub and center for commerce and transportation throughout the south. Though a Confederate stronghold, in 1864 General William T. Sherman and his Union army captured the city, eventually paving the way to victory in the civil war. The general ordered the burning of Atlanta and launched the “March to the Sea.” After the fire, Atlanta rebuilt itself to become a major hub of the civil rights movement. Today, Atlanta is the largest metropolis in the deep south. You can discover Atlanta’s rich history through historic landmarks including, the King Center and the National Center for Civil and Human Rights.

From rock to hip-hop, the Atlanta music scene is diverse and legendary. The iconic Atlanta music scene gave us OutKast, Jermaine Dupri, T.I and countless others. Not to be outdone by hip-hop, rock and country music have been thriving in the city for decades too. The culture hub is also home to some of the best music festivals featuring major artists, including its largest, Midtown Music Fest. The Atlanta music culture has also paved the way for the Golden Globe-winning television show, Atlanta. 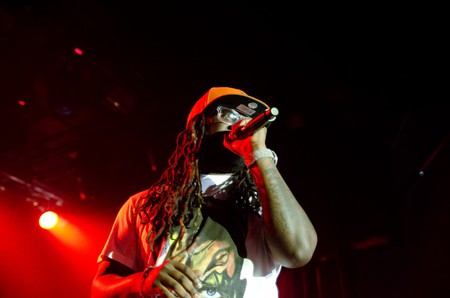 From international art exhibits to boundary-pushing street art, the art scene in Atlanta is not to be missed. Atlanta boasts some of the best art galleries, art festivals, murals and emerging community shows in the southeast. 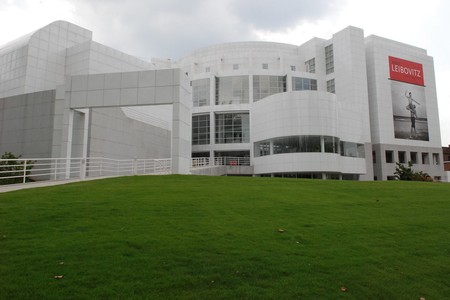 Atlanta’s neighborhoods are historic and beautiful. Explore the many hidden gems Atlanta has to offer in its neighborhoods, including parks, gardens, historic cemeteries, restaurants and shops. Grant Park boasts historic real estate. Walk the BestLine, a community-based project that connects 45 different neighborhoods, to see cutting-edge street art in historic Old Fourth Ward. Don’t forget to walk the colorful streets of midtown to check out Piedmont Park. 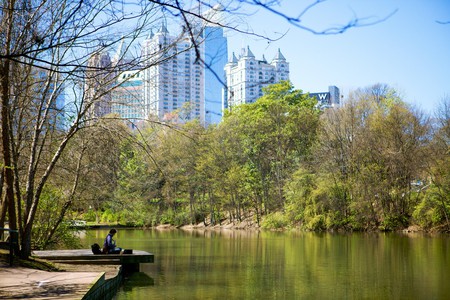 Top Destination For Movies and Film

Sometimes referred to as the “Hollywood of the south,” Atlanta is Hollywood’s favorite new location. The Hunger Games, Walking Dead, Netflix’s latest sensation Stranger Things, the CW’s Dynasty, and the Vampire Diaries are just a few of the films and television shows filmed in Georgia’s capital and the surrounding neighborhoods. There are several Atlanta film tours visitors can check out to walk in the shoes of their favorite stars. 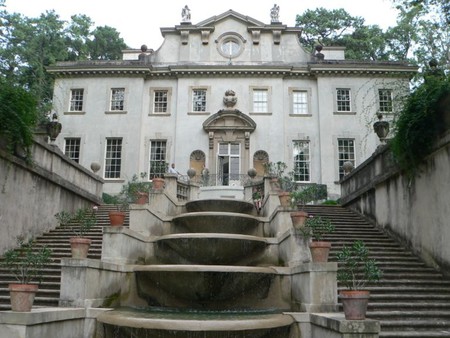 Swan House in Buckhead seen in Hunger Games: Catching Fire
Give us feedback