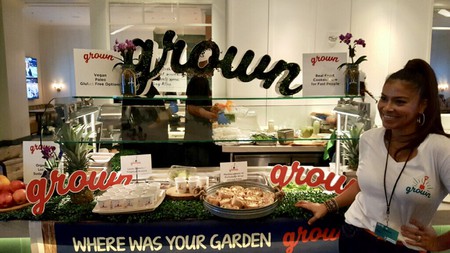 Launched in 2016 in Miami, grown is the brainchild of Shannon Allen, singer, actress and wife of former National Basketball Association (NBA) star Ray Allen. The restaurants provide 100-percent organic food and drink at the convenience of a fast-food chain.

Shannon Allen, who was pregnant with her fourth child, was on her way to the grocery with the rest of her kids in tow. It was 2008, and her husband, two-time NBA champion and 10-time NBA all-star Ray Allen, was out of town on a long road trip.

As she continued her journey to acquire ingredients for the evening’s dinner, their youngest, Walker, who had recently been diagnosed with Type-1 diabetes, began suffering a blood-sugar crisis.

Allen sped down Route 9 in Boston in search of some quick food for her son, but all the options were processed hamburgers, chicken nuggets and tacos at fast-food chains. What she wanted to give him was something healthier, like free-range chicken with a side of vegetables. She ended up calling a local restaurant and picking up $63 worth of food for her three children.

“That was the moment grown was born,” Allen says. 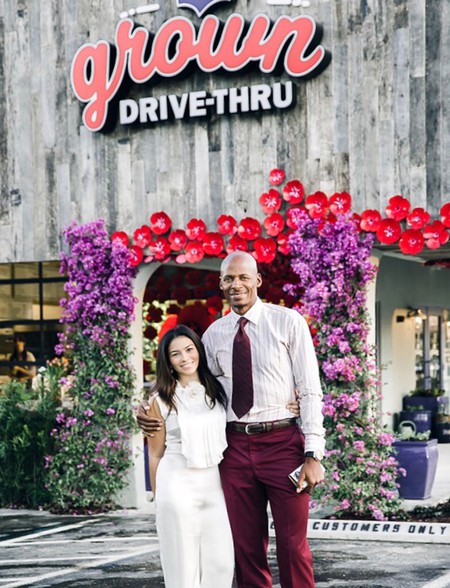 Allen decided if someone was to reinvent the fast-food experience, it would be up to her. Instead of offering the same standard fare as McDonald’s, Burger King, Chick-fil-A and the endless amount of fast food chains, Allen wanted to provide healthy, organic meals at that same convenience.

“We never bought tomato sauce in a jar growing up,” she says. “My parents were such hippies – they canned and jarred their own stews and sauces.”

Even though her parents were food conscious, Allen didn’t have the time to follow suit, spending most of her days touring or recording as a member of the all-female R&B group Shades. When she wasn’t at home, Allen lived at the McDonald’s drive thru.

“I knew how to make a mean tuna fish sandwich and boil water,” she says. “That was the limit of my culinary prowess.”

It wasn’t until she met and fell in love with Ray when Shannon began focusing on her culinary abilities. She took responsibility for his pregame meals, wanting to provide her husband, one of the NBA’s greatest 3-point shooters of all time, with the optimal diet so he could continue to find success on the basketball court. Shannon would consult Ray’s team nutritionists and dietitians to make sure he was getting the nutrients he needed.

“When you love someone, a real true expression of loving someone is feeding them,” Shannon says. “I threw my heart and soul into pregame meals for Ray.”

As she got more interested in cooking and finding healthy, organic ingredients, Allen wanted to share her recipes with others. She wanted to show that game days didn’t have to be cheat days, so she began The Pre-Game Meal, a television show where she’d cook healthier alternatives with everyday soccer moms and professional athletes. 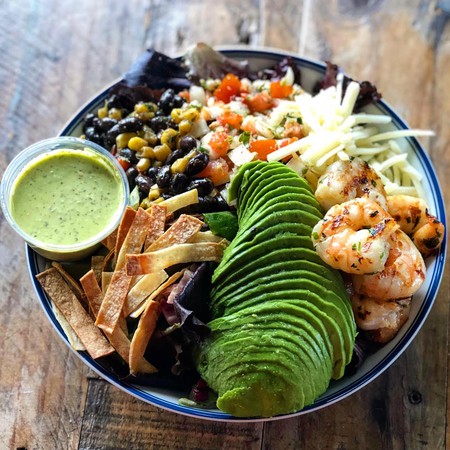 Grown evolved from this passion coupled with the incident with her son. Unfortunately, it took nearly eight years of honing recipes, finding ingredients, building a staff of culinary experts and health and wellness practitioners, and raising capital for the venture to get off the ground.

Grown’s flagship location opened in 2016 in Miami. The restaurant currently has six locations, including two at Hard Rock Stadium (sections 148 and 242), a global entertainment destination in Miami which is home to the Miami Dolphins (NFL) and University of Miami football team. Grown has partnered with Centerplate to bring high-quality foods such as organic grilled shrimp wraps and green smoothies to the gameday experience.

“Sure people love the basics like chicken tenders, hot dogs and hamburgers but there’s a growing popularity of people looking for something more,” says Paul Pettas, Centerplate communications director. “Grown is a great partner to work with. When you have partners who are as energetic and passionate about their craft as Shannon, it makes it easy.”

Allen doesn’t just sit back and collect a paycheck through her restaurants. She’s a hands-on owner who is either in the kitchen at the flagship location or serving patrons at Hard Rock Stadium.

She says grown is aiming to expand into high foot traffic areas such as airports, hospitals and more sports venues to provide visitors on the go healthier alternatives to a quick bite.

“As someone who loves and supports someone who is a professional athlete, and who also sat in an NBA arena for 19 years, three nights a week surviving on chicken fingers and fries, it’s incredible for me to know there’s fresh-pressed green juice, salad, sandwiches and wraps made with 100-percent organic food available for sports fans,” Allen says. “We struck a nerve with people looking for a different kind of option.”