A Tour Of Florida's Literary Landmarks 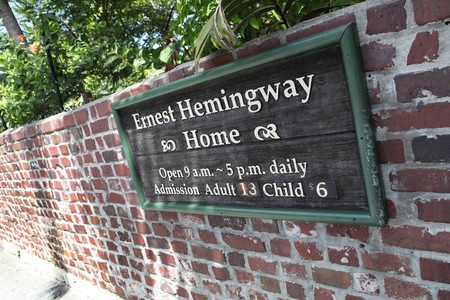 Allow us to take you on a tour of Florida’s literary landmarks; places where many famous Floridian authors have lived, worked, or used as the setting for their novels. Early 19th century Florida literature was all about expanding the frontier, battling the elements and being weary of Native American threats. As time passed, Florida’s literature began to reflect its global appeal as a vacation destination and as a place where politics, money and crime are intricately connected yet cleverly masked. This literary tour starts at the northernmost part of the state and then takes you south through the city and towns where you can go and visit some of Florida’s most historic literature landmarks.

Our journey starts not too far from the northeastern city of Jacksonville in the small town of Fruit Cove, home of Florida author Stetson Kennedy. Kennedy was an author, a human rights activist and one of the pioneer folklore collectors during the first half of the 20th century. He is remembered for having infiltrated the Ku Klux Klan in the 1940s, exposing its secrets to authorities and the outside world.

His home in Beluthahachee Park is a literary landmark in more ways than one. During the 1940s and 50s, folk singer/songwriter Woody Guthrie stayed at the home of Stetson Kennedy, writing his autobiography The Seeds of Man along with numerous folk songs. 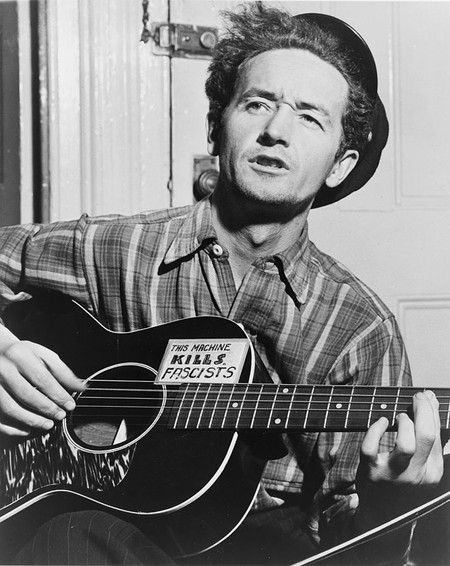 Folk Singer/Songwriter Woody Guthrie stayed at the home of Stetson Kennedy, the man who unmasked the Ku Klux Klan | Courtesy of Wikipedia Commons

Travel inland to Cross Creek near the city of Gainesville to visit the home of Marjorie Kinan Rawlings, author of The Yearling, the best selling novel in America in 1938. This novel was highly acclaimed at the time and is still to this day considered a literary masterpiece. Rawlings also wrote the book Cross Creek, a story about the beautiful place that she felt blessed to call home; Cross Creek is a National Historic Landmark and is definitely worth a visit.

Continue your literary pilgrimage by heading southeast towards Daytona Beach to Lilian Place Historic House, where you can learn about the late 19th century author Stephen Crane who stayed in Daytona after surviving a disastrous shipwreck on December 31st, 1896. His book, The Open Boat, is a fictional account of his ordeal. The story begins with the ship having already sunk, leaving three men stranded on a small dinghy. Eventually the main character, the news correspondent (aka Crane), is able to get on shore. One of the men, Billie the oiler, is not so lucky..

I got to tour this gorgeous house today, Lillian Place. Sometimes you don't need to travel far to learn about some amazing history. It's always great getting to learn about influential people in the city you live in. #backyardadventures #historynerd

Moving southwest to just outside Orlando is the town of Eatonville, where Zora Neale Hurston lived and wrote Their Eyes Were Watching God. This is considered one of the most important works in African American literature and women’s literature due to its rejection of racial uplift theory. Zora Neale Hurston was a fascinating human being and was able to accomplish a great deal during her career as a writer and anthropologist. The public can visit The Zora Neale Hurston National Museum of Fine Arts, also known as The Hurston, and see for themselves the legacy of creativity and love for the performing arts that she inspired. 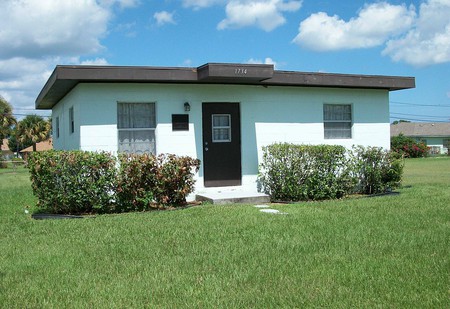 The house of Zora Neal Hurston, one of the most influential women and African American writers of the 20th century | Courtesy of wikipedia commons

The city of Fort Lauderdale has been home to a few notable authors, whose books have inspired literary landmarks such as the Bahia Mar Marina, which is a famous location in John D. MacDonald’s book The Deep Blue Goodbye. The main character, Travis McGee, resided on a houseboat called the Busted Flush that is docked at slip F-18 at the Marina. John D. MacDonald made Fort Lauderdale his adopted home and wrote many of his crime/suspense novels there. 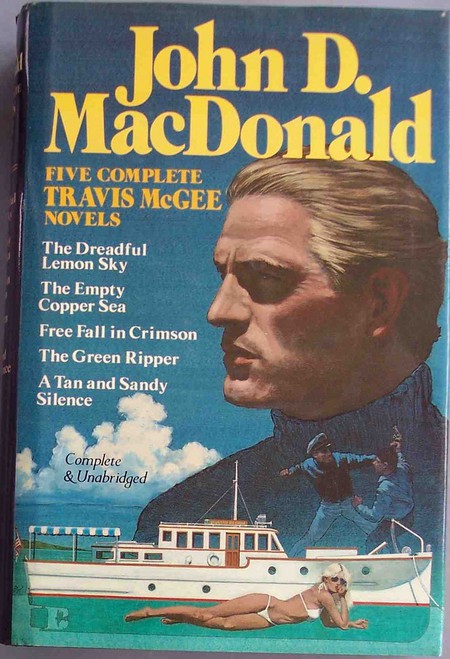 John D. McDonald uses Fort Lauderdale as a backdrop in many of his Travis Mcgee novel | Courtesy of Chris Drumm/Flickr

Moving on, our journey takes us to the Plantation, Florida, home of journalist, novelist and children’s book author Carl Hiaasen, who has earned his reputation as South Florida’s most successful and famous writer. Upon graduating from The University of Florida, Hiaasen started working for the Miami Herald, exposing Florida as a place where drug dealers, strippers and corrupt politicians ran rampant. His illustrious career has provided readers hours of entertainment; Hiaasen’s fans can’t get enough of his clever satire and outrageous plots that are creatively thread together in his crime/thriller novels.

Star Island, in Miami, is both a literary landmark and the title of Hiaasen’s 2010 novel about Ann DeLusia, the ‘stunt double’ for habitually intoxicated and drug-addicted pop star ‘Cherry Pye’, who is mistakenly kidnapped by an obsessed paparazzo. The star’s entourage must now find a way to rescue Ann, and do it without revealing her identity to the star herself or the world at large. Star Island in reality is the former home to basketball legend Shaquille O’Neal.

A photo posted by UniqueGlobetrotters (@uniqueglobetrotters) on Oct 18, 2016 at 9:07pm PDT

Key West has housed a few notable authors, who each have contributed plenty of fantastic work to the canon of American literature. Key West was the winter home of Elizabeth Bishop, Robert Frost, John Hersey, José Martí, Wallace Stevens, former President Harry S. Truman and Tennessee Williams. Oh, you think we forgot Hemingway? Not a chance. Ernest Hemingway and his wife Pauline made Key West their home and fell in love with the people of the Keys throughout their tenure in the 1930s; The Hemingway home is a National Historic Landmark and a museum open to the public. 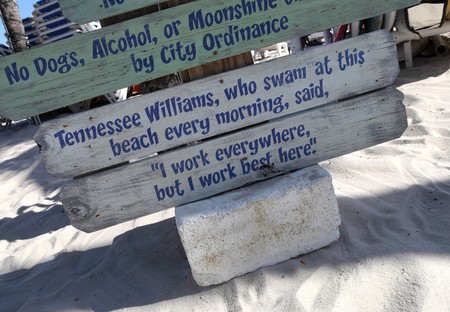 A quote by Tennessee Williams found at the Southernmost Beach in Key West, Florida | Courtesy of Sam Howzit/Flickr
Give us feedback