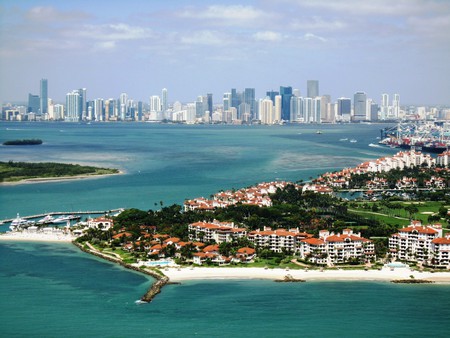 Miami is a bright and beautiful place, full of beaches to die for, an impressive arts district, Latin flair, delicious dishes, and some world-class clubs. It’s known for its glamour and glitz, as well as its weather reminiscent of eternal summer. However, before you step foot into this tropical paradise, you’re going to need to know a few things.

Stash some flats in your bag

Yes, Miami is home to one of the best club scenes in the world, with several different celebrities opting to vacation here. The best musical guests take center stage, along with award-winning DJs, and visiting a club just isn’t visiting a club – it’s an experience, complete with confetti, bright lights, liquor flowing, and everyone dressing to the nines. However, part of the experience can be waiting in line, and yes, some clubs have to “pick you out” before you can even get in, so you’ll have to look good. Therefore, heels are a must, but because of this, you’ll want to stash some flats in your bag so that you’re not walking home barefoot later à la pata sucia.

Order a pincho or arepa after hitting the club

Are you one to get the munchies when you’re drunk? If so, take advantage of the best Latin dishes the city serves. If you crave savory, salty foods after you’ve been drinking, you’ll love a pincho, which are kebabs. Skewers of meat grilled to perfection and topped with sauces, and sometimes served with bread, they typically come with chicken, steak, or shrimp.

An arepa, on the other hand, is a delicious snack with roots in Colombia and Venezuela. It is a kind of sandwich made with corn flour bread and different fillings, including cheese, shredded beef, black beans, etc., and then grilled or smashed to perfection until it’s all melty and gooey. If you’re new to this, try it with cheese first (you won’t regret it). 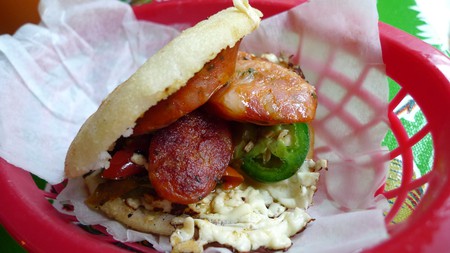 So you hit the clubs last night, and now you’re feeling a little hungover. Miami’s best advice? Try a little hair of the dog, and head out to the beach with a cooler of beer and some good company. You’re in South Beach, after all; it’s perfectly okay to day drink. 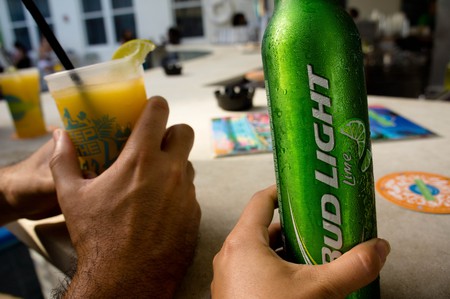 Drink at the Clevelander via Peryl Herrera

The Ubers run all night long (use them!)

While the city’s Metrorail eventually stops (it doesn’t run all night like in NYC), the Uber drivers here are eager to drive both locals and tourists around, and because of the crazy traffic in Miami, using these services are a good idea. And if you use a Lyft Line or Uber Pool service, you’ll get to meet some cool people during your ride, save money (it’s always cheaper to carpool), and get from point A to point B safely, regardless of how much you drink.

Blend in with the locals and wear chancletas, which is Spanish for flip flops or sandals, rain or shine. A true Miami native is used to the crazy weather (one minute it’s raining, and the next, there isn’t a cloud in the sky). They’re not afraid of a little rain or getting their feet wet; therefore, you’ll most likely not see Miami natives wearing rain boots.

Considering Miami is pretty much the home of eternal summer, there isn’t much of an “off season,” but if there were one, summer would be it. Believe it or not, it tends to be much quieter during the warmer months. People from all across the U.S. and the world flock to the city in the fall and winter, in search of a little sunshine.

Wynwood is a must-see for all visitors, but if you’re going there to see the galleries and street art, you’re going to want to visit in the morning or afternoon. Most galleries close around 5 pm, and then the area becomes packed with natives and tourists alike who are looking for a great spot to grab a drink, dance, and see some live music.

In the morning and early afternoon, there is plenty of room to roam all around the galleries and shops. It’s also an excellent time to wander the streets in search of colorful murals. At night, people pack the Wynwood area, and if you’re planning on going to Wood Tavern or Brick, you should get there early or else you’ll be stuck waiting in a very long line. 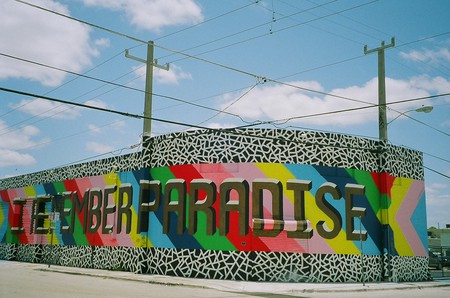 I Remember Paradise via Phillip Pessar 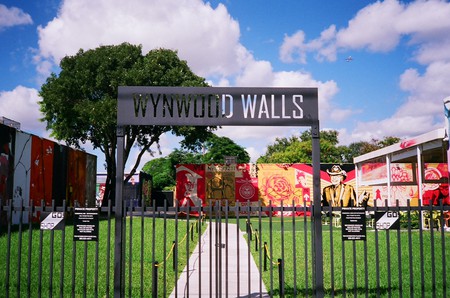 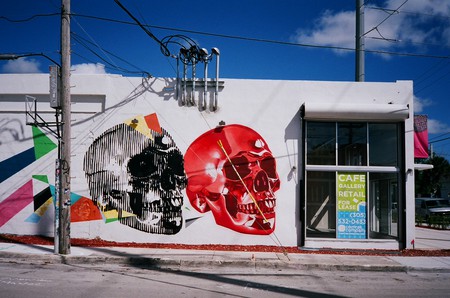 Because Miami is home to a large Latin community, sometimes it’s just assumed that someone is from a Spanish-speaking country. There’s a chance someone might start talking to you in Spanish, so if you want to learn a few words, here is a 30-second lesson. Hello = Hola. Thank you = Gracias. You’re welcome = De nada. One cafe con leche and a beef pastry, please = Un café con leche y un pastel de carne por favor. That’s all you’ll need to know.

Be aware of gratuity included in checks

In some countries, tipping isn’t a thing, but in Miami, it definitely is. It can be alarming when someone from a non-tipping country comes and visits and sees an extra charge. Some places, especially in Miami Beach, automatically add a gratuity charge, which is typically 18 percent of your bill. Be aware.

Looking for fun things to do in the city or just want to read up on some trending news? The Miami New Times has a lot of current information about city happenings and is available around the area for free. Even the locals rely on the magazine and the publication’s site to stay in the know about events happening all across the city – from DJs spinning at clubs to free pop-up shows to all the best drink specials. Keep your eyes peeled!

You don’t want to come out to your car after a lovely night out and find a parking ticket for not paying a parking fee, so use this app to pay for parking. Sure, you could go pay at the meters, but to save time, it’s so much easier to download the free app. If you’re brave enough to rent a car and drive around the city, neighborhoods like Coral Gables, Coconut Grove, Brickell, and Wynwood all use this app. You just enter the location code number, choose the amount of time you want to spend there, and then click park, and you’re all set. 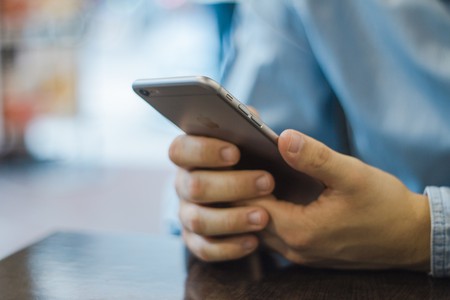 Everything starts late – everything

Locals run on island time, which means they’re not necessarily the best with things happening on time. If something that was supposed to start at seven is actually starting at 7:30, they’re right on schedule.

Florida drivers were rated the worst in America last year. They don’t use blinkers; they can be rude and often ignore all road rules. If you’re new here, take an Uber. Don’t try and rent a car and drive unless you want to be stressed all the time. 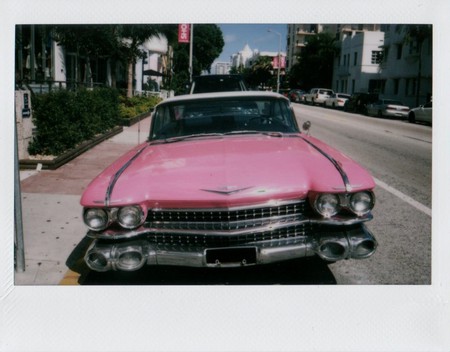 Alcohol is not sold after midnight on South Beach

After midnight, liquor, beer, and wine, or any other kind of alcohol, are not sold at grocery stores, liquor stores, or little corner stores. The only ones who have the power to serve you are the big dogs, which means you’ll have to head over to a club, restaurant, hotel, or bar to get served. 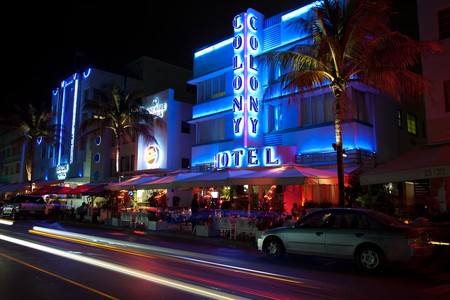 South Beach via Jimmy Baikovicius
Give us feedback