The Hupa Tribe: The Deerskin Dancers Of Hoopa Valley 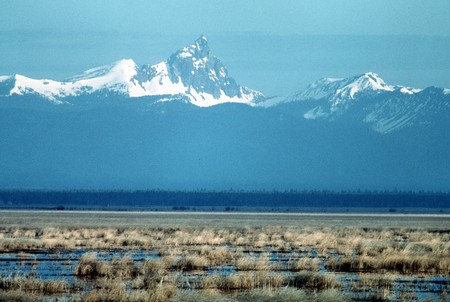 One of the oldest native tribes in California, the Hupa people stand as a prominent figure in western Native American culture. This proud river bound people can give you a taste of life before America was settled.

The Hupa tribe – or the Hoopa Valley tribe – originally migrated from the far north nearly one thousand years ago and settled in the Hoopa Valley, hence their name. More accurately, their native name Natinixwe – pronounced nah-tin-ook-kwa – comes from the phrase which translates to: ‘People of the Place where the Trail Returns.’ It is believed that this name comes from the Klamath River, which they call home and which many other tribes shared as their home as well, namely the Yurok and the Karok peoples. They all share a number of similar traits, not the least of which being their close ties to the river. 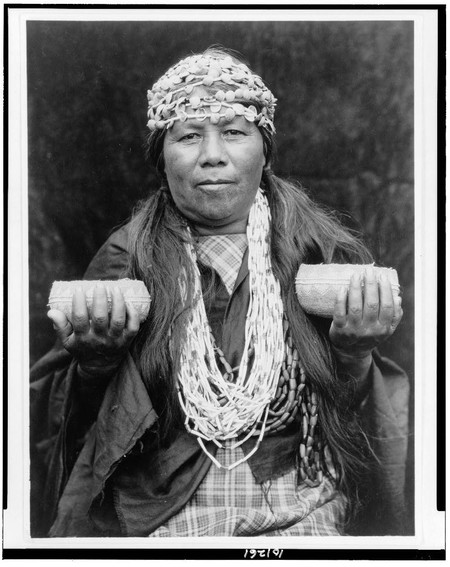 The Hupa tribe was primarily a fishing tribe, with a large emphasis of their diet placed on the salmon which swam upstream to spawn. Fish was not the only thing in their diets, as they also gathered various acorns from the surrounding woods to process into flour. Culturally, they were most well known for performing a number of various dances including the White Deerskin and Jumping renewal dance. The Jumping renewal dances were performed every other year at jubilant ceremonies to help in ‘fixing the earth’ and were closely tied with their medicine.

The White Deerskin dance was more traditional than the Jumping renewal, and it involved the handing down of a sacred hide from the men to the boys in a gesture that ensured a lifelong protector. White deerskin was considered to be quite rare among the tribe and was worshipped as a symbol of the family protector, as the skins – still attached to the head – were placed on long poles and used in the dance.

One of the major components of these dances was the emphasis placed on the basketry and clothing – the Hupa tribe were also renowned weavers. Their baskets were used for everyday life and were strongly woven to hold water for cooking and to carry their babies. Every year, the women of the tribe would also spend almost all their time weaving new clothes for their ceremonies. This included new dresses, shirts, and hats to be worn by men and women alike. They did so in the family home, which was typically made of red cedar wood that they also used for dugout fishing canoes. Their culture remained largely unchanged until the first settlers began moving west in hopes of finding gold. 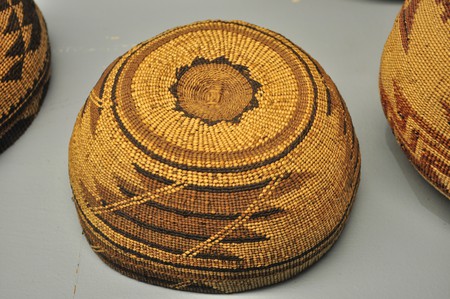 Today, the Hoopa Valley tribe still resides on their native land in Northern California; the majority of these people find themselves on reservations of just a couple thousand people. They are still very adamant about upholding their culture and traditions including their weaving and White Deerskin ceremonies. This also extends to their relationship with the river and salmon. As recently as 2013, the Hoopa Valley people stood in protest against the Western Water District for halting water flow to their region – water flow that is essential for the salmon’s survival as well as the Hoopa Valley tribe’s way of life. They claim that salmon are the true residents of the river, placed there by the Creator, and to tamper with this balance is to do harm unto the world at large.

The fight is still ongoing, and the Hoopa Valley people aren’t showing any signs of giving in, as they persist in protesting board meetings and hold bucket protests, bringing water and salmon over normally blocked portions of the river. Actions such as these speak to the tenacity and cultural proclivity that defined Hoopa Valley Tribe members in the past and continues to do so now. 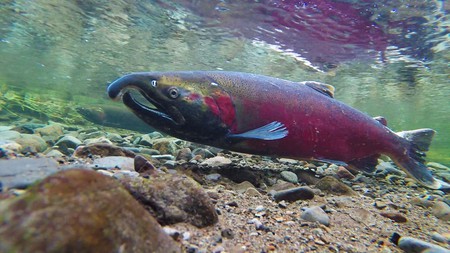