23 Shots of Southern California Like You've Never Seen It 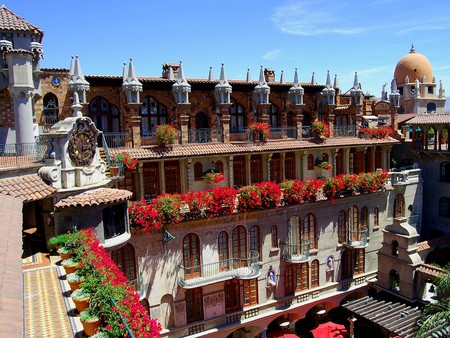 Southern California isn’t all palm trees, beaches and surfing. There are deserts and cities, neighborhoods and vast expanses of wilderness. Here are 23 visually arresting sights that go beyond the Southland clichés.

From a downtown Los Angeles helipad

On top of the The Ritz-Carlton in Los Angeles is a helipad, 650 feet above ground. It’s primarily used for emergencies, though the hotel will occasionally host yoga classes and other activities up there, offering an unparalleled view of downtown L.A. and beyond. 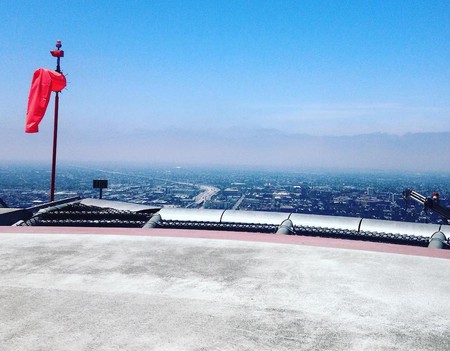 The helipad of The Ritz-Carlton, Los Angeles | ©Juliet Bennett Rylah

A boat ride in the desert

Glide across a man-made lake in the middle of the desert at J.W. Marriott Desert Springs Resort & Spa. 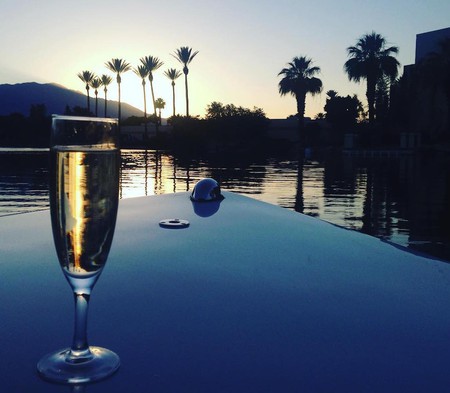 A gondola ride in the in Palm Desert | ©Juliet Bennett Rylah

A winery in Malibu

Vineyards aren’t just for Napa. Here’s the scenic Saddlerock Ranch in Malibu, where guests can take tours, sample wine and even go on safari. 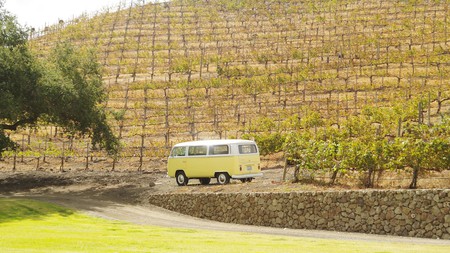 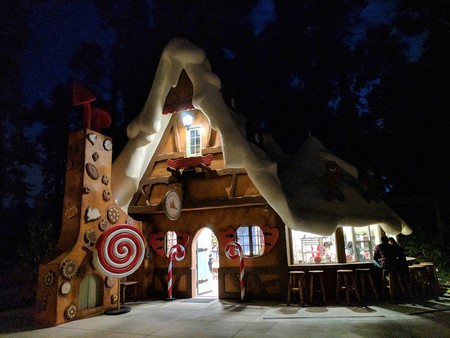 We typically see Joshua trees out in the desert under the beating sun. Yet here, an image captures these distinctive trees freshly blanketed with snow in Lancaster. 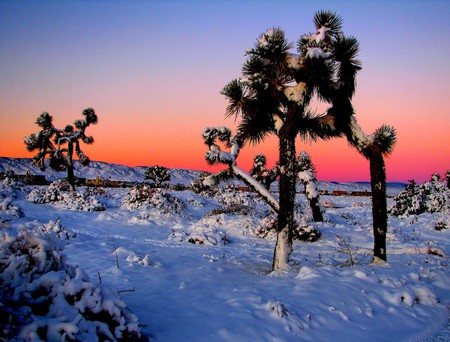 Once a popular resort town, the area surrounding the Salton Sea is now mostly abandoned due to the salinity and pollution that troubles its waters. Its shores occasionally look like a scene from a post-apocalyptic film. 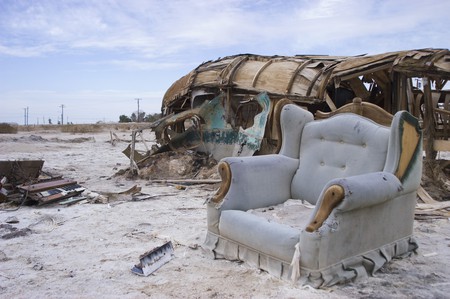 An outdoor museum of assemblage art

Artist Noah Purifoy left Los Angeles in 1989 at age 72. He moved to Joshua Tree to stay with artist Debbie Brewer, and spent the remainder of his life creating art out of found materials. 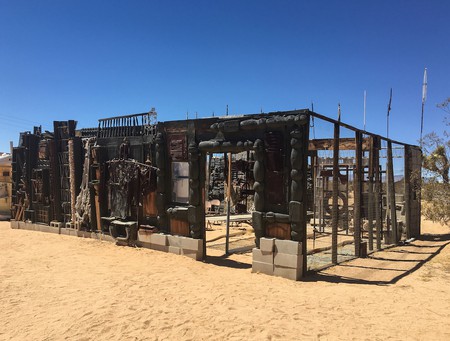 The Tejon Pass can be found between the Tehachapi Mountains and the San Emigdio Mountains. Though clear most of the time, in the winter the hillsides can get covered in snow. 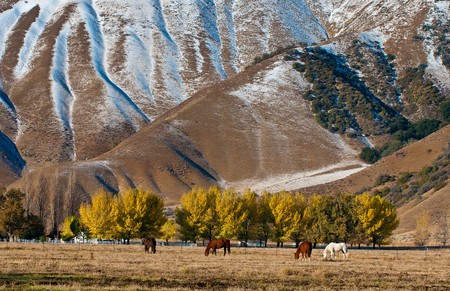 Bikes in the streets

Cyclists take over MacArthur Park in Los Angeles during CicLAvia, an event that turns the roads into bike-friendly routes. 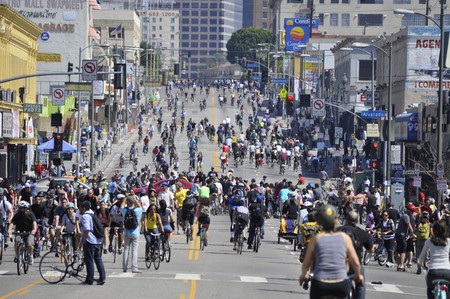 The ‘super bloom’ is an event that occurs in the spring after a particularly wet winter. Here it is in full effect near Diamond Valley Lake. 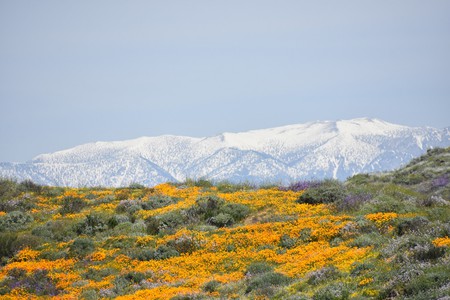 Calico in San Bernardino County was founded as a mining town in the late 1800s. Today, it exists as a tourist attraction where you can pretend you’re in the Wild West.

A glimpse of fall

People say Southern California has no seasons. Yet this is what fall looks like on Jackson Lake in Wrightwood. 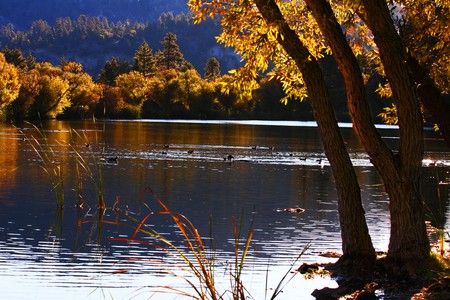 The Cadiz Dunes are located within the Mojave Trails National Monument. They were formed by wind blowing sand off a dry lake bed. 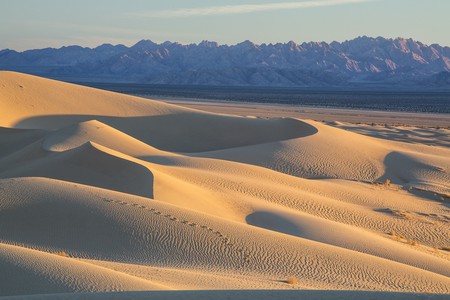 A sky full of stars

City dwellers rarely get to experience a night sky like this, but the Afton Canyon Campground—located off I-15 between Barstow and Baker—offers perfect stargazing conditions. 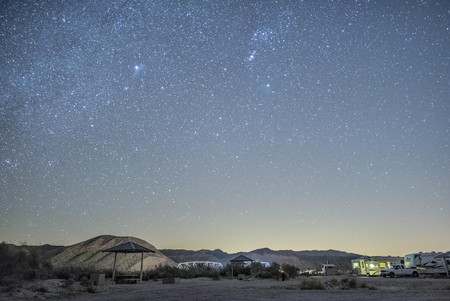 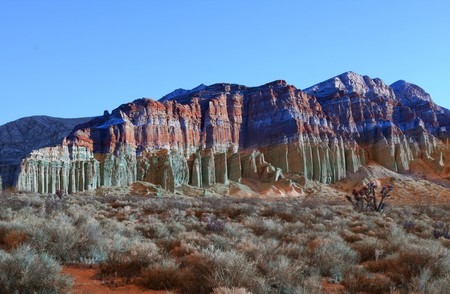 A lava tube in the Mojave

In the Mojave National Preserve, you can find natural phenomenons known as lava tubes. Lava hasn’t flowed through the tubes in 10,000 years, so hikers can explore them today—though they are not maintained by the National Park Service. 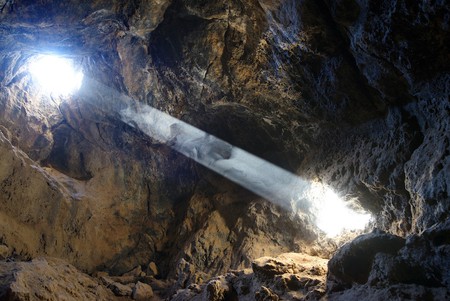 Sea lions are often found around the Channel Islands National Park, with one of the largest rookeries in the world located on San Miguel Island. Here, a few lounge around near Ventura Harbor. 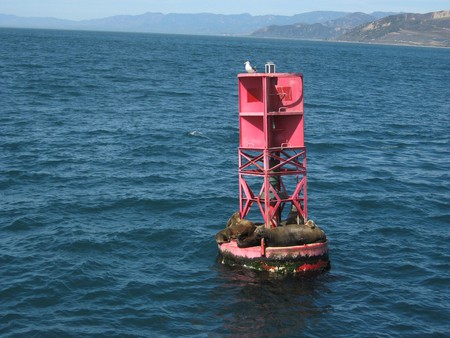 A Danish town in California

Solvang is located in Southern California, not far from Santa Barbara, but it looks like a Danish town. The city is also home to the Hans Christian Andersen Museum, dedicated to the famous children’s author. 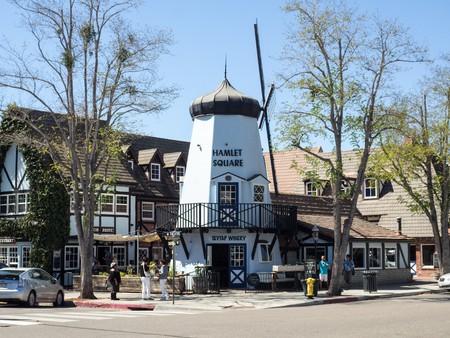 An alley in the Highland Park neighborhood of Los Angeles offers a colorful shortcut. 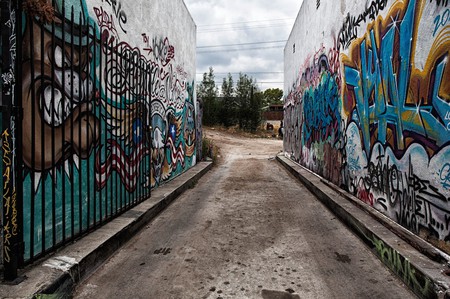 Beverly Hills may be full of extravagant mansions and gorgeous homes, but you can also find the Spadena House—also known as “The Witch’s House”—there. It was built in the 1920s for a silent film studio, then relocated to its current location several years later. It’s now a private home. 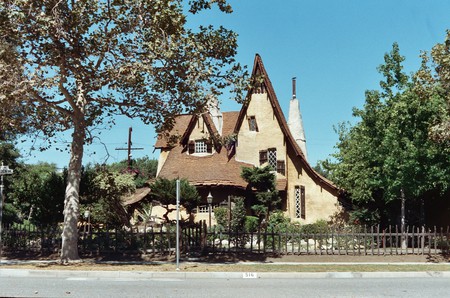 The Mission Inn in Riverside was not ever a mission, though it was built to look like one. The sprawling hotel is ideal for exploring, with plenty of hidden spots to find.

While Disneyland remains the draw for many of Anaheim’s visitors, passing through the ARTIC (Anaheim Regional Transportation Intermodal Center) is also a treat. If it seems familiar, perhaps you recognize it from True Detective’s second season. 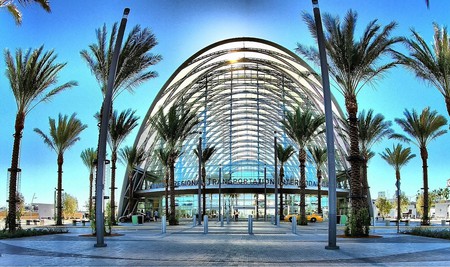 The Trona Pinnacles are a group of several hundred tufa formations found in the Searles Lake, a dry lake near the unincorporated community of Trona. Their otherworldly appearance has led to their use in a number of sci-fi films and TV shows. 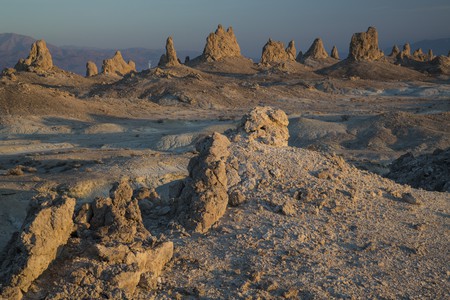