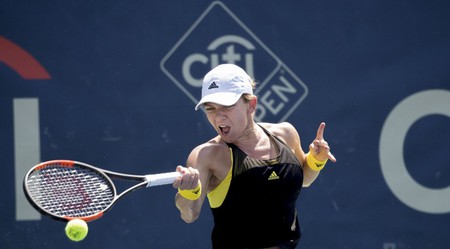 With the popularity of the Women’s Tennis Association (WTA) and the sport as a whole growing, it’s attracting more competitors and fans from around the globe. The rapid growth—today more than 2,500 players represent nearly 100 nations—means less household names and more unfamiliar faces playing on some of the sport’s biggest stages.

WTA President Micky Lawler has made it a priority to give tennis fans more stories and insight into some of these newer players in order to increase overall interest in all of the tour’s competitors.

“The fans have a right to know and should know what it takes to be standing there hitting those forehands,” Lawler said. “While Simona Halep is a superstar in Romania, she might not be a superstar in the United States. For us, it’s important to take advantage of those local regional platforms and not dismiss those fans—they’re very important to the whole and to the players.”

Lawler said she and the WTA have looked to NBC’s Olympics coverage as inspiration when trying to bring emerging athletes into each and every household. NBC’s Olympic coverage, which Lawler referred to as the “gold standard”, humanizes the thousands of seemingly unknown athletes while making them relatable to viewers, so when athletes line up on the starting blocks on the track or plop into their respective lanes in the pool, viewers know their journey to this point.

That’s what Lawler and the WTA are striving to do with women’s tennis on a daily basis, not every four years when the Olympics occur.

The WTA top-10 has one American (Venus Williams at No. 5), and is littered with players from around the globe, including world No. 1 Muguruza (Spain), No. 2 Halep (Romania), No. 4 Karolina Plíšková (Czech Republic) and No. 6 Caroline Wozniacki (Denmark).

Though don’t count the Americans out just yet. For the first time since 1981, four women from the United States reached the U.S. Open semifinal—Venus Williams, Sloane Stephens, CoCo Vandeweghe and Madison Keys.

“It’s incredible, first of all,” Lawler said. “It’s fantastic for American tennis. It goes to show the work that Venus and Serena have done really is paying off. Young girls are inspired to play. This younger generation has and is doing extremely well.”

The WTA continues to expand around the world; the 2017 season includes 55 events and four Grand Slams in 31 countries, with a record $139 million in prize money. That’s quite an increase from the original Virginia Slims Series that debuted in 1971 with 19 tournaments and a purse of $309,100 as Billie Jean King and eight other female players blazed the trail to legitimize women’s tennis.

“To me, professional meant good, really great, and amateur meant you weren’t really so good,” King said. “Now look where we are; it’s amazing.”