Why a Visit to Alaska Will Surprise You 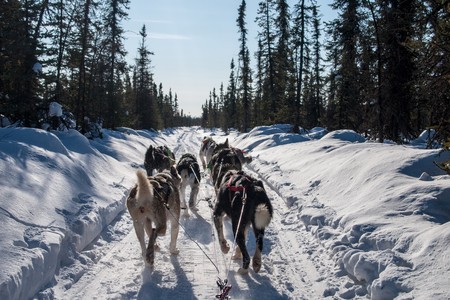 When people think of Alaska they think of stoic glaciers, surging rivers and bears. While the state boasts some of the world’s most impressive landscapes, it’s also home to indigenous Alaskan culture and traces of the gold rush era. Culture Trip ventures north with Princess Cruises to discover more.

Alaska’s remote wilds have always inspired those with a thirst for adventure. A former Russian colony, it is now the USA’s largest and most sparsely populated state, Alaska was transformed during the 19th century when prospectors travelled here from across America seeking fortunes buried within the mountains.

Situated on a narrow coastline flanked by verdant forest, Ketchikan is home to the Tlingit, Haida, and Tsimshian indigenous Alaskan peoples, who practise and pass down their ancient traditions to future generations. 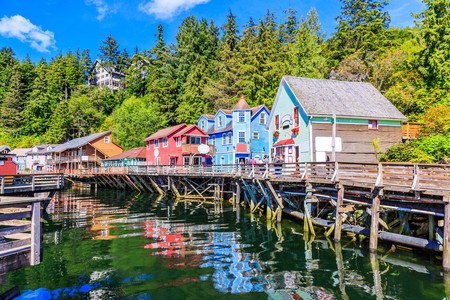 Ketchikan, considered Alaska’s first city, boasts the largest collection of totem poles in the state. Many of these can be found in Totem Bight State Park, where towering wooden carvings have been reclaimed from eleven acres of temperate rainforest after decades of neglect.

Just a short ride from Ketchikan, the Alaska Rainforest Sanctuary, part of the Tongass National Forest – the USA’s largest forest – is home to streams abundant with salmon. The fish attract another Alaskan native; it’s not uncommon to see bears roaming through the sprawling spruce, hemlock and cedar forests.

Surrounded by so much woodland, it’s no surprise that Alaska has a rich logging history, and has even competed in worldwide lumber sports events. Visitors can see some of the state’s best compete at the Great Alaskan Lumberjack Show, featuring 12 events where competitors use axes, saws and souped-up chainsaws. 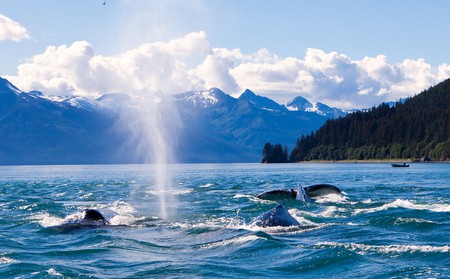 Further north, Juneau is an idyllic place for whale watching. Every year between April and November, hundreds of humpback whales settle in the northern inner passage surrounding Alaska’s remote capital. Killer whales also make an appearance, and, on land, sightings of eagles and bears are not uncommon.

Sled dogs, unlike the animals found in Alaska’s wilderness, enjoy human company as much as running through the snow. Dog-sledding is the state’s national sport, so there’s no better place to learn about “mushing” than to meet the animals up close.

Further north still, Skagway once echoed with the sounds of prospectors on their way to Canada’s Klondike region in search of fortune. Buildings like the iconic Red Onion Saloon have changed little in the ensuing centuries. The popular Skagway bar doubles as a brothel museum, offering visitors an insight into life during the gold rush era. 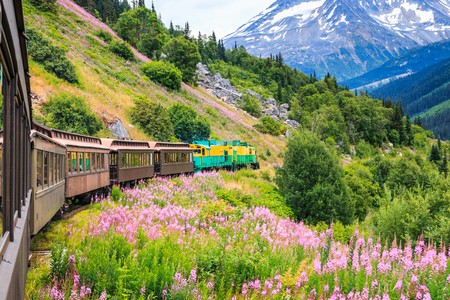 Visitors can follow in the footsteps of those who came to Skagway on their journey to Klondike by boarding a train to the White Pass Summit. This 40-mile train journey passes through some of Alaska’s most scenic vistas including Bridal Veil Falls, Inspiration Point and Dead Horse Gulch – a valley named after the animals that perished on the treacherous journey to Klondike.

Of course, no visit to Alaska would be complete without experiencing Glacier Bay National Park. Only a select few cruise operators are permitted to travel through the pristine waters to get up close to Margerie Glacier and other landmarks within the UNESCO World Heritage Site. 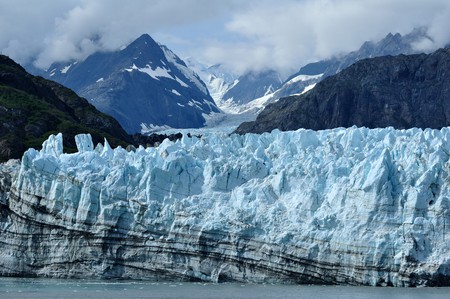 Princess Cruises is one of those operators with access to Alaska’s stunning glaciers. You can combine seven nights at sea with three or more nights exploring Alaska by land with a Princess cruisetour. You’ll enjoy exclusive rail services and accommodation at Princess Wilderness Lodges near Alaska’s national parks.