When It Comes To Water Intake, How Much Is Too Much? 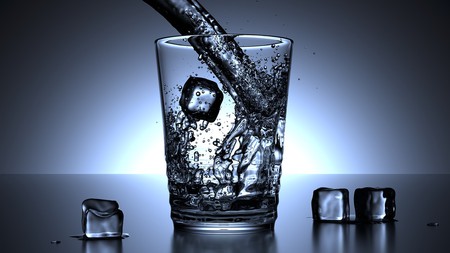 You can certainly have too much of a good thing.

It wasn’t a revolutionary idea. Quite honestly, my reason for doing it was simple: my body was thirsty. I knew I needed to drink more water and, in an attempt to have my loved ones hold me accountable, I said it over and over to anyone who would listen.

“I’m going to drink a gallon of water a day for two weeks,” I said. When people asked why, I’d just make up a reason. “I heard water makes you more productive,” or “I feel like I drank too much alcohol this month and need to detox.”

The truth? For months I’d imbibe nearly a quart of coffee in the first half of my day and for some reason I wouldn’t be so into drinking cups of plain old H2O later. When I did drink water, it was definitely by force and not because I truly wanted to — even when I was thirsty.

The pattern of coffee and no other liquid began to mess with my head a bit. Perhaps it was health journalist’s guilt, but I know what my body needs to operate at its best; sometimes it’s just difficult to practice what I preach. And when I do fall short of a known healthy habit, all of the possible consequences come to mind.

“Our bodies are composed of 70 percent water, making it the most important nutrient for everyday functioning,” celebrity nutritionist Dr. Philip Goglia, founder of G-Plans, the first all-encompassing online nutrition platform based on a user’s metabolic body type, told Culture Trip. “If your water intake is too low, your body moves to the third internal thermostat, the insulatory thermostat. If you don’t drink enough water, your body will automatically adapt the survival strategy of storing fat to act as insulation to maintain a constant core temperature.”

In my mind, drinking all- coffee-no-chaser left me vulnerable to any number of things — the number one being packing on the pounds. It was time to take control. And so, I embarked on a journey towards extreme hydration. Here’s what I learned.

What counts as ‘water?’

It seems simple on the surface, but the reality is I was drinking tons of liquid daily before this and my body was screaming for the real thing. Coffee is not water. Neither are sweetened teas or juices. I had to go cold turkey. All water, all the time. When I was really craving something different, I opted for decaffeinated, unsweetened herbal tea.

“It’s not that juice and sweet tea don’t contain water,” Kimberly Page, creator of fitness and nutrition brand Lifestyle by Kim, told Culture Trip. “It’s just that the sugar in those drinks makes them less nutritious. If you want to truly hydrate, you’re going to have to cut out everything else.”

There’s an app for that

There’s no clear-cut solution for better hydration. But for me, I started like most millennials would — at my fingertips. I downloaded an app called “Daily Water” to track my water intake and remind me to drink when I’d forget. The goal was one liquid gallon daily, so that’s 16 cups.

Crazily enough, it worked. Anytime I was slacking, my phone would buzz and tell me I needed to pick up the pace. With help from the app, I made it to one gallon of water or more every single day for the entire two weeks.

Prepare to pee… a lot

This is extremely personal, but the most annoying part of this process was the number of times I had to go to the bathroom throughout the day. Three cups of water, then off to the loo. I’d be in a meeting, or seated at my desk trying to finish a project, and I just couldn’t hold it. I was urinating at least once an hour. And, my urine was clear — or at least it seemed that way.

Joanna K. Chodorowska, personal nutrition and sports nutrition coach, says you can tell how hydrated you are based on the color of your urine. A lighter color is best in most cases, but urine shouldn’t be completely clear.

“If it is clear you may actually be over-hydrated,” Chodorowska said. “ You do want a slight tinge of color. But most [people] don’t have clear urine. The key part, too, when looking at the urine is in the stream [rather than] once it is in the actual toilet, as that is always diluted.” 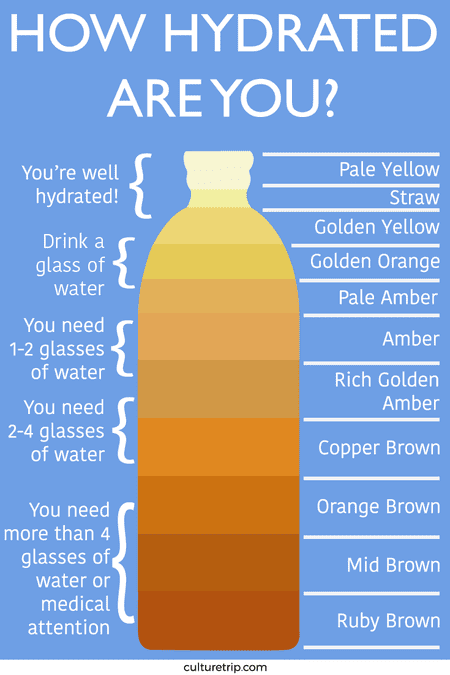 I’ve seen increased water intake touted as a trick to offset appetite, but I think I may have overdone it. By day six of my gallon-a-day routine I began skipping meals because the water made me feel so full. I also canceled dinner dates and activities with friends in exchange for heading home to turn in early. Page told me this was because I lacked the fuel to keep my body awake.

“It’s really dangerous,” Page said. “Water is important, but there’s a such thing as too much of a good thing. Your body was lacking nutrients and turning to sleep to re-fuel.”

I will say that it wasn’t all sleep and trips to the bathroom. Swapping out coffee for water made me more aware of my portion size, appetite, and energy level throughout the day. When I did eat, I tended to make healthier choices.

The most commonly recommended daily water consumption is eight cups per day, but experts differ on it. Some say that we should drink a half an ounce of water per one pound of body weight. Given either of those recommendations, at a gallon per day, I was certainly drinking way too much. When I started the experiment my body told me that I needed more water, and during the experiment it told me when enough was enough.

I think the key is to listen to your body and do what’s best for you.