What Trump's First 100 Days Say About the Future of Travel 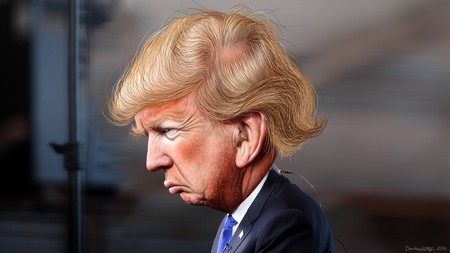 President Trump has done nothing short of flip the travel industry on its head with hotly contested travel bans, proposed budget cuts and his recent electronics ban on flights departing the Middle East, all this within his first 100 days. So, what will travel look like in the next four years under President Trump?

“The travel industry had high hopes for President Trump, especially due to his background in the hospitality industry,” Andrew Scheivachman, a senior writer at Skift, told Culture Trip. “His policies so far, however, have created a huge amount of uncertainty for both travel companies and travelers around the world, who are now reconsidering whether a trip to the U.S. is worth it at all.”

The seeds of uncertainty planted by the current administration are costing the U.S. economy billions of dollars. Trump’s anti-Mexico rhetoric, for example, is less than welcoming to Mexican tourists who otherwise would spend tourism dollars visiting cities like New Orleans or Miami. That loss in tourism from our Southern neighbor will be an estimated $1.1 billion loss. Meanwhile, popular tourist destinations like New York, are seeing 300,000 fewer visitors this year.

“Some U.S. tourism boards such as New York City have launched marketing campaigns to combat the Trump Administration’s unwelcoming message,” writes Scheivachman. “But the person that international travelers want to hear from to reassure them of their safety and hospitality is first and foremost President Trump.” Unless the stream of racist rhetoric coming from White House changes, the next four years of U.S. tourism may see dwindling numbers. 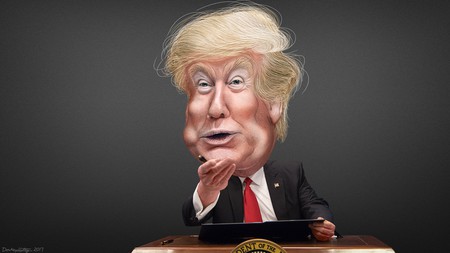 Of all the travel industries, it seemed hotels would benefit the most from having a former hotelier as president. Unfortunately, since Trump’s travel ban announcement, hotel brands are uneasy. According to a report from Scheivachman, “Marriott CEO Sorenson expressed concern about the kind of message Trump’s travel ban was sending to the rest of the world. He also noted that, anecdotally, some groups are choosing to bring their meetings and events to destinations outside of the U.S.”

Similarly, airlines have suffered blows under Trump’s legislation as restrictions on passengers have translated to business setbacks. “The electronics ban is almost certainly a commercial problem for the three big Gulf carriers,” explains Scheivachman. “Their lucrative business travelers in business and first class don’t want to stop working for 10 to 16 hours on long-haul flights.”

Overall, it seems Trump’s first 100 days in office foretell a bleak future for U.S. travel should his administration continue to ostracize immigrants and marginalize foreigners, turning a country once pride on accepting all, to now excluding many. From this messaging, neither hotel, airline or tourism is safe from suffering setbacks.

As it goes, 100 days into his presidency and Donald Trump is finding the Oval Office strays far from the relaxed golf courses of his Mar-a-Lago estate. “I loved my previous life,” Trump recently told Reuters. “I had so many things going. This is more work than in my previous life. I thought it would be easier.” We miss our previous lives too, Donald.