What Is Juneteenth and Its Historical Significance? 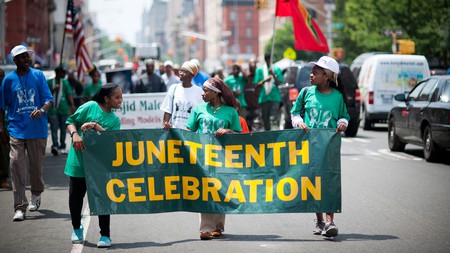 Juneteenth celebration parades – like this one, in Harlem, New York City – take place all over the country | © Richard Levine / Alamy Stock Photo

Juneteenth is the longest-running African-American holiday, commemorating the abolition of slavery in the United States. It has been celebrated by the African-American community since 1865, and recognized as a national holiday in some states since the 1980s. Culture Trip looks at its historical context and how it is observed today. 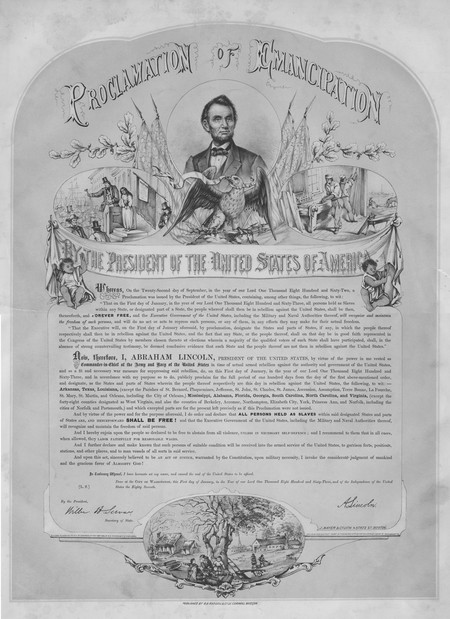 The Proclamation of Emancipation by the President of the United States Abraham Lincoln, also known as the Emancipation Proclamation, is a seminal document from the American Civil War, issued in 1863 | © New York Public Library / Gado Images / Alamy Stock Photo

Arriving by boat, this message was delivered by General Gordon Granger, along with the news that the American Civil War had ended. “The people of Texas are informed that in accordance with a Proclamation from the Executive of the United States, all slaves are free,” read his order. “This involves an absolute equality of rights and rights of property between former masters and slaves, and the connection heretofore existing between them becomes that between employer and hired laborer.” Heading north represented freedom for many, while others drove to neighboring states like Louisiana, Arkansas and Oklahoma to reconnect with family.

What is the significance of the name Juneteenth?

Falling on June 19, this historical moment was coined Juneteenth as a portmanteau of the date. Freedom Day, Jubilee Day, Black Fourth of July and Cel-Liberation Day are all other monikers it has since adopted – and unofficially, it is recognized as America’s other Independence Day.

How is Juneteenth celebrated?

Juneteenth has been celebrated annually for the last 155 years. The first records of celebrations can be traced back to church community gatherings in Texas, with public readings of the Emancipation Proclamation and works of African-American writers like Maya Angelou taking place.

It wasn’t until the 1980s that Juneteenth became a national holiday, with Texas the first state to introduce it. Out of 50 states, 47 have followed suit, with New Hampshire the latest to do so in 2019. Hawaii, North Dakota and South Dakota are the only states yet to do so. 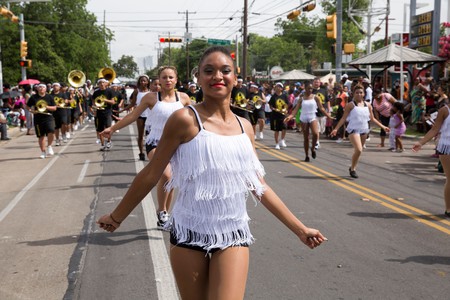 Today, typical Juneteenth celebrations are centered around rodeos, cookouts, street parties and parades, with the intention of celebrating, educating and agitating. This year, in the wake of global Black Lives Matter protests, Juneteenth feels all the more significant.