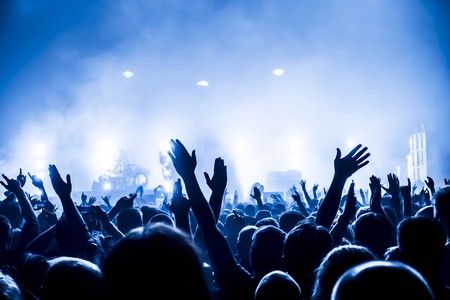 Rapper Cakes da Killa has issued a statement insisting that he’s not racist after asking white fans to leave the stage during his gig for Black History Month.

The LGBTQ rapper, also known as Rashard Bradshaw, made the request on Saturday, February 10 during a performance at a nightclub in New York for an event called ‘Battle Hymn’.

He told the crowd: ‘When I said it was Black History Month, I mean, like, I need all you blacks on the stage.’

Cakes has since released a statement in response to a story by Metro which had the headline of ‘Rapper orders white people off stage because it’s Black History Month’.

He said: ‘For Metro to take a small light-hearted moment of empowerment in a sweaty gay nightclub in midtown (predominantly filled with gay white males) and flip it to insinuate I may be racist for clickbait is just bad journalism.

‘Very lowbrow. I do feel like Metro proved my point. Even though I didn’t set out to prove a point in the first place.’

The rapper revealed he has been the victim of racism since the article was published.

‘White ego is fragile, across the board,’ he continued.

Cakes claimed it wasn’t his ‘intention’ to offend anyone and pondered what the ‘real issue’ was.

‘Was it really that problematic to shine a metaphorical spotlight on the few African American attendees even for a few minutes, during a 6-hour event, being deejayed by an American trans woman…during Black History Month?

He insisted: ‘I wasn’t being demanding. I wasn’t being malicious. Hell, I wasn’t even being racist. I was actually having a lovely time and will continue to do so with crowds of various orientations, nationalities, colours and walks of life. Oh, I’m going to do that anyway, because that’s just how I am.’

The rapper claimed Metro hadn’t reached out to him for a comment.