U.S. Visa Applicants Can Now be Asked for Their Social Media History 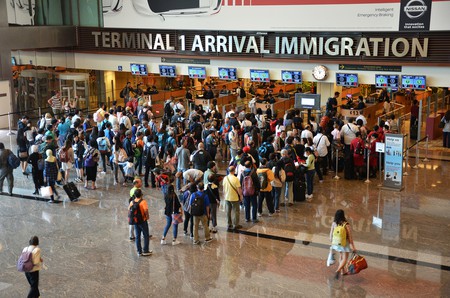 Anyone applying for a United States visa can now be asked to provide their social media usernames from the past five years, after the Trump administration approved plans for increased vetting.

Applicants can also be asked for their email addresses, phone numbers, and 15 years of biographical information under the new measures, in a move first reported by Reuters.

The proposal received widespread criticism when it was first revealed, and more than 50 academic groups took aim at Trump’s administration, claiming the move will make it more difficult for students and researchers to come to the U.S.

The academics wrote in a letter the changes would cause “uncertainty and confusion” which would lead to “unacceptably long delays in processing”. However, the plans appear to have gone ahead regardless.

Trump made immigration a key part of his campaign, and has attempted to implement a travel ban on people from six Muslim-majority countries on two occasions. However, the U.S. appeals court refused to reinstate the rule, labeling it discriminatory. Trump has also proposed to build a wall along the southern border of the country and make Mexico pay for it.

In April it was reported that visitors to America could be forced to hand over their social media passwords and phones, as part of the extreme measures proposed. It appears this level of intrusion has not yet been approved, but this latest news is a step in that direction.

At a time where we live so much of our lives via social media and the internet, it seems inevitable that the potential to have your privacy invaded at the border of the U.S. will put off many tourists and potential migrants in the years to come.