Underrated Landscapes to Visit in the Great American Outdoors 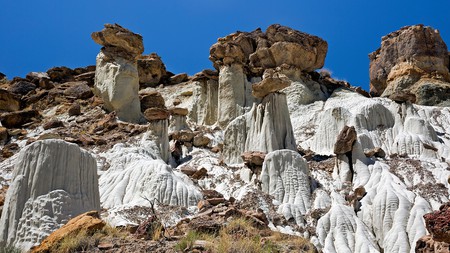 What is the first thing you’re going to do after Covid-19 passes? Where is your first trip going to take you? These seem to be the questions we’re all asking one another. Culture Trip has some ideas to inspire.

Being cooped up goes against our natural social instincts. In fact, all this time indoors has made travelling the globe feel all the more appealing. But where to start? Perhaps you fancy lesser-known Eastern European cities, or alternative wonders of the world? Let us throw another suggestion into the mix: beautiful lesser-known landscapes in North America. For those desperate to get back to the great outdoors, here are five destinations to start with.

America is home to 58 national parks – some are considerably more famous than others, like the Grand Canyon, which draws five million visitors annually. But why not push an equally spectacular park up your bucket list? Badlands National Park in South Dakota sees only one million people visit annually to soak up its natural works of art: red, tan and white striped sedimentary rocks that were formed millions of years ago. To say it’s mesmerising is an understatement; seeing is believing, and you can do so on some of its most popular hiking trails, like Castle Trail and Medicine Root Trail if you’re looking for more of a challenge, or Notch Trail and Fossil Exhibit Trail for shorter jaunts. 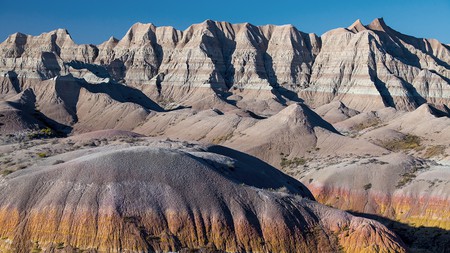 Despite it being one of the largest national parks in America at 1,252 square miles (3,243 square km), Big Bend National Park in Texas is one of the least-visited in the country. Annually, it draws around 440,000 people, who come to trace its hiking trails and take in the sites of the Chisos mountain range and Chihuahuan Desert. It’s a wonderful place to visit if connecting with nature is high on the agenda – you’ll practically have the place to yourself. Renting an RV and camping is a great way to go about it, with over 10 different campgrounds and roadside camps in the area. If you want to bag yourself an iconic photograph, hike up the Window Trail for 5.6 miles (9km), which will lead you to a V-shaped canyon looking out into Mexico with beautiful views of the Chisos Mountains. 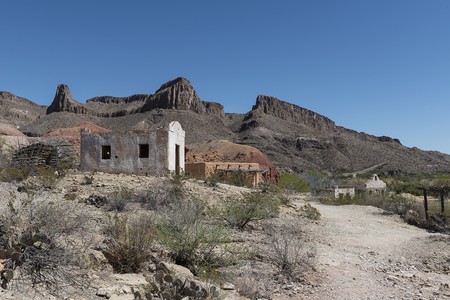 Utah’s Grand Staircase-Escalante National Monument – nicknamed the Grand Staircase by geologists, with the second part of its name referencing the nearby river – looks as though it might have inspired Salvador Dalí. It’s a surreal site: pink, white and gray sand swirls in all directions to form some of the most breathtaking geology. Surrounding it is 800,000 acres (323,500ha) of some of the most remote landscape in the country, meaning it’s the place to be if spectacular stretching sunsets are your thing. Elsewhere, hiking routes include the Upper and Lower Calf Creek Falls, in which you’ll stumble across a waterfall, along with the Zebra Slot Canyon for something more strenuous. 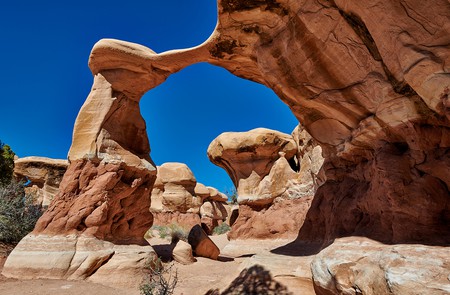 A road trip with pals – in an open-top convertible, no less – is the symbol of pure freedom and fun. And North Carolina’s Blue Ridge Parkway is one such open stretch of road to enjoy, en route to the highest peaks in eastern North America at the Blue Ridge Mountains. The valleys are incredibly picturesque as you drive down to this mountain range, which is a part of the larger Appalachian Mountain group. Once there, you can hike the 1.5-mile-long (2.4-km-long) range in about an hour, before making the Great Smoky Mountains your next pit-stop. 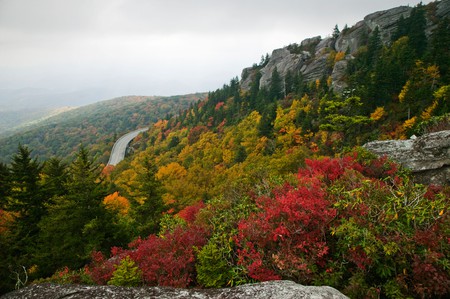 A string of archipelagos that stretches some 120 miles (193km) off the south of Florida, a trip to the Florida Keys is a little different from the rest, with it being plonked in the middle of the ocean and therefore centered on water-based activities like snorkeling, scuba diving and boating. Key West is the most popular area for its various vibrant coral reefs like Molasses Reef and John Pennekamp Coral Reef State Park, along with its botanical state parks and beaches. Yet, the middle part of the keys is often overlooked. Take, for instance, a village called Islamorada: known also for its coral reefs, here you can catch a sea lion and dolphin show at its Theater of the Sea before seeing a 16th-century treasure chest at the History of Diving Museum. 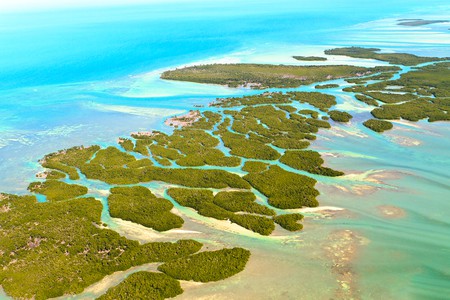