Tosh Berman and the Madness of Literature

A mainstay of the Los Angeles Art and Literature scenes, Tosh Berman presents his latest publication, June 1, 2014, an excerpt from the 2014 Series, his year-long writing project. 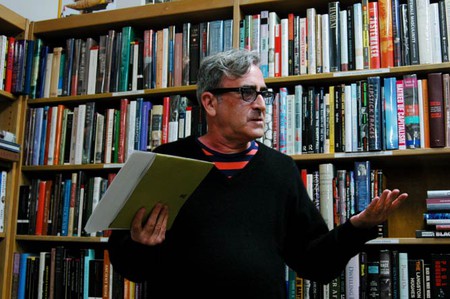 Tosh Berman has been a fixture of the Los Angeles art and literary scenes from birth (he’s the son of renowned photographer Wallace Berman), so it should come as no surprise that on March 20, a mob of LA’s finest painters, poets and provocateurs gathered at Alias East in Atwater Village to hear the great man speak about the project that consumed a full year of his life: The 2014 Series.

At a New Year’s Party in the waning moments of 2013, Berman began to think about his future. “2014,” he said. “What does that mean? Can one man truly define a year?” In response, he vowed that he would use his blog to fully unpack himself. He would write one piece a day for a full 365 days — a notion that became a mission, and then an obsession. Now that the work is complete, Berman has his eye on something more: he has partnered with Synaesthesia Press to publish June 1, 2014, a beautiful, handmade print edition of a selected piece from The 2014 Series, limited to 300 copies.

In addition to his tireless work as a writer, Berman is also a gifted orator, and the crowd at Alias delighted in his diverse and exciting tales, each one culled from the series. What began as a discussion of how his father’s face ended up in the crowd on the Beatles’ Sgt. Pepper’s Lonely Hearts Club Band album sleeve took a detour into the offices of Mark Zuckerberg, who needed the “Tosh Berman touch” and some help from the giants of silent cinema to implement some new concepts for Facebook. Berman spoke beautifully about his close friendship with Justin Bieber, whom he has written lyrics for and with whom he shares a passion for the films of Robert Bresson and the thrill of petty theft. And, of course, how could he fail to mention the work he’s done assisting Paris Hilton in recreating the 1913 New York City Armory Show in a building in Pasadena? 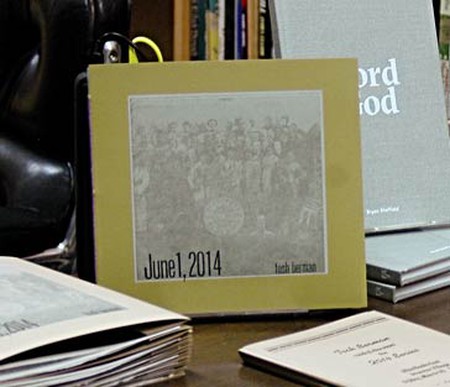 Despite continuous demands on his time, Berman has no intention of stopping with a single printed story from his magnum opus. ‘What I’d really like to see is a ‘Best of…’ compilation, followed by a full print version of all 365 days,’ he said. ‘Maybe even a book-length glossary and index, for educational purposes.’ Ambitious? Perhaps. But it’s also a means of survival for a man to whom writing is everything.

‘My only talent is to be able to write,’ Berman told The Culture Trip. ‘I’m really bad at showing up at work, or even working with co-workers. Usually I’m despised by my fellow citizens of the time-clock… At this point in time, looking at my bank balance, I really need to win the Nobel Prize in Literature.’

While his print ambitions grow, so does his blog: 2015 has seen the emergence of The Sunday Series. Every Sunday another piece of the Berman legend falls into place, lighting up the screens of his dedicated readers.

But Berman remains humble and devoted to art for art’s sake. He would rather the limited nature of June 1, 2014 not turn the book into a collector’s piece, preferring to see it as an extension of him. ‘If anyone reads The 2014 Series, or buys my new book, it should be for the spirit of the publication, and because it’s me. Everything else is bullshit. In fact, it’s all bullshit.’

Tosh Berman’s June 1, 2014 is available exclusively at Alias Books East in Atwater Village (3163 Glendale Blvd, Los Angeles). His blog can be found at tamtambooks-tosh.blogspot.com. His other books, Sparkstastic and The Plum in Mr. Blum’s Pudding, can be found at bookstores all over Los Angeles. We suggest you hunt them down.