Top 15 Films About American Presidents You Should Watch 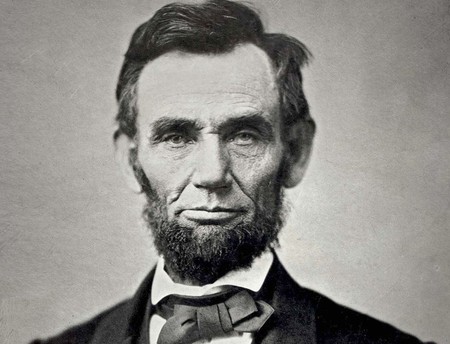 From historical dramas to political thrillers or even comedies, these films challenge the clichéd image of the most powerful person in US to shed light on a president’s strengths as well as flaws and horrendous mistakes. Here are the most significant films about American presidents you shouldn’t miss.

Lincoln is one of the most compelling historical dramas about democracy and statesmanship. Spielberg artistically depicts the life of Abraham Lincoln, 16th president of the United States, and his brilliant endeavors to abolish slavery and to reinforce democracy. Daniel Day-Lewis’s performance is so touching and authentic that you are smitten by the character and his struggles.

The Ides of March tells the story of a campaign manager, played by Ryan Gosling, whose ambitions make him a pawn between two rival campaigns. George Clooney’s political thriller mostly sheds light on the power players who pull the strings behind the scenes and manipulate the process.

All the President’s Men, based on Carl Bernstein’s non-fiction book, depicts one of the best journalistic duos in the history of cinema. Two Washington Post reporters, Bob Woodward and Carl Bernstein, played by Robert Redford and Dustin Huffman respectively, disclose the Watergate Scandal that leads to Richard Nixon’s resignation. Pakula’s political thriller is compared to detective stories as the two main characters brilliantly put the pieces of a jigsaw together to unravel the truth.

The American President (1995) by Rob Reiner

The romantic comedy The American President stars Michael Douglas as a widowed U.S. President and Annette Bening as an environmental lobbyist who falls for the President. Reiner skillfully sheds light on some crucial issues such as the environment while the sweet and witty love story develops.

Ron Howard’s historical drama, based on Peter Morgan’s stage play, centers round the confrontation between David Frost, a British talk show host played by Michael Sheen, and Richard Nixon, 37th president of the United States, played by Frank Langella. Some years after his resignation, Nixon wants to restore his reputation and agrees to give an interview to Frost. On the contrary, he is defeated by Frost’s witty questions and has to confess his mistakes.

This comedy tells the story of Dave Kovic, played by Kevin Kline, who uncannily resembles the President of United States, played by Kline as well, and is summoned by Secret Service agents to temporarily replace the real president while he is in a coma. Reitman delightfully portrays Dave as an enthusiastic replacement for the President, whose innocence fascinates many people around him.

Based on Red Alert by Peter George, Kubrick’s Dr. Strangelove is a political black comedy that satirizes US war strategies and looks at the ridiculous aspects of the atomic age from a distinctive point of view. Peter Sellers brilliantly plays three different roles including President Merkin Muffley, Capt. Lionel Mandrake, and Dr. Strangelove, which satisfy Kubrick’s demanding artistic taste. Kubrick exaggerates the characters and the settings to make the audience laugh at the absurdity of situations. Make sure to watch Kubrick’s masterpiece more than once as the film is also full of visual and verbal sexual innuendos that you may not notice immediately.

The historical comedy-drama, Hyde Park on Hudson, depicts the close relationship between Margaret Daisy Suckly, played by Laura Linny, and her cousin President Franklin D Roosevelt, played by Bill Murray. Murray masterfully portrays President Roosevelt as a charismatic leader as well as a melancholic man. The film attempts to revisit a specific period of time in American history while keeping the love affair at its core.

W. is a straightforward and remarkable biographical drama by Oliver Stone which chronicles George W. Bush’s life and presidency. The film mostly focuses on Bush’s personality and insecurities to portray an incompetent president who is shaped by puppet masters like Cheney and fails to realize his own blunders.

Absolute Power is a taut and fast-paced thriller directed by Clint Eastwood and based on David Baldacci’s novel. The film tells the story of a jewel thief named Luther Whitney, played by Eastwood, who witnesses the assault and murder of a young woman by the President of United States, played by Gene Hackman, and Secret Service agents.

Based on David McCullough’s biographical work, John Adams is one of those rare successful TV mini-series that centers round the life of a US President. This historical drama stars Paul Giamatti as John Adams, second President of United States, a respected lawyer who plays a crucial role in American history and whose belief in justice shapes the nation’s first 50 years.

The Contender, written and directed by Rod Lurie, is a thrilling story about Senator Laine Hanson – powerfully played by Joan Allen – the first woman who is selected by the President of United States, played by Jeff Bridges, to be the vice president. The suspense grows when her rivals investigate her past and look for any blunder to disqualify her.

The Butler is a peculiar film. It depicts the life of a black butler Cecile Gains, magnificently played by Forest Whitaker, who serves in the White House during various decades, from President Dwight Eisenhower to President Barack Obama. Through Cecile’s life, the audience looks at some notable changes in American society from the Civil Rights movement to the present.

JFK is a controversial historical drama thriller, directed by Oliver Stone, which focuses on the assassination of President John F. Kennedy and the conspiracy behind his murder. The film stars Kevin Costner as Jim Garrison, a skeptical Louisiana district attorney, who investigates the conspiracy despite the backlash from authorities.