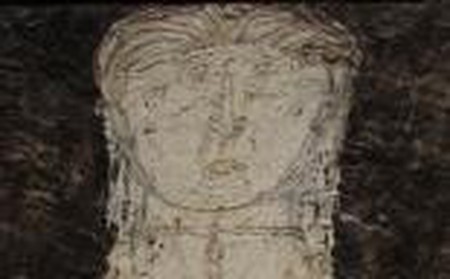 The collection of Jill and Sheldon Bonovitz reflects the untainted creative impulse, the highly original aesthetic and the moving personal stories of 27 American artists working within the realm of Outsider Art. Anne Cecile Surga examines the origins of this art form, as well as some of the key artists featured in this impressive collection, which was exhibited at the Pennsylvania Museum in 2013. 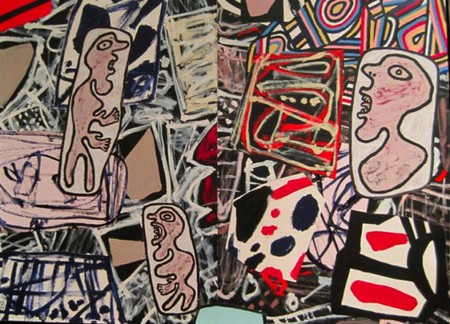 Outsider Art comprises all artworks made by people without formal artistic training, from Sunday afternoon painters, to childrens’ drawings and the art of insane persons. This art category embraces all media, subjects, and styles. These artists do not seek to sell their work on the art market; they have no connection to it and do not even consider themselves as artists. Nevertheless outsider artists represent the human drive to create in the most authentic form.

The term Art Brut (Raw Art) first appeared in 1945, and was coined by the artist Jean Dubuffet to describe spontaneous creation which did not conform to the formal aesthetic of his time. In order to find the source of this creative will, Dubuffet began to research art made by patients of psychiatric asylums. There he discovered that psychiatrists have been interested in this kind of art making since the end of the 19th century, in conjunction with the development of psychoanalysis by Freud.

After WWII, art of the insane gained support from European artists as a reaction against the Nazi condemnation of Degenerate Art in 1937. Dubuffet continued his research and began to look at artworks from prison inmates, psychics, and autodidacts, which had a direct influence on the development of his art. From the 1950s through the 1960s Dubuffet resided in the United States and brought along some artworks from his Art Brut Collection; this lead to the developing American interest in this specific art form.

While Outsider Art in Europe was deeply linked to art from psychiatric asylums, American Outsider Art is more closely connected to Folk Art, and gained popularity in the 1930s. This Folk Art carried with it socio-economical and racial tensions, as American Outsider Art is much more influenced by Christianity, violence, and the experience of the ghetto. One such American artist working in this tradition was Herbert Singleton. Born in an African American community in New Orleans in 1947, Herbert had to face the socio-economic limitations of the area in which he was living, as well as the persisting racial divide of his time. His life was marked by drug addiction, violence, and almost 14 years spent in prison, and all of these experiences can be identified in his work. Herbert specialised in wood-carving, and is known for his bas-relief panels which depict a keen insight into the racial challenges of the time. 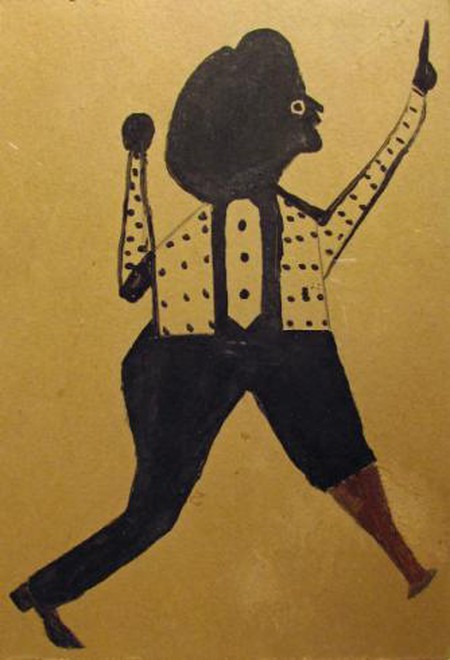 Singleton’s work is included in the Jill and Sheldon Bonovitz Collection, which was shown at the Philadelphia Museum of art from 3 March -9 June 2013, and presented 27 artists with a broad range of backgrounds. Bill Traylor, born a slave in 1854, is another significant example from the collection. He worked and lived on the plantation on which he was born until his 85 birthday, when he moved to Montgomery, Alabama to search for work. It was here where he began to draw, inspired by his memories, as well as the people and scenes that he witnessed from the heart of the city’s growing African American community. Although there is no evidence to suggest that Traylor had been at all artistic before his move to Montgomery, he became voraciously dedicated to drawing for the remaining ten years of his life, as he chronicled the spirit of this vibrant time.

George Widener is a recognised numerical savant with an extraordinary mathematical/calculating capability which he uses to create works. Before embracing his creative life, George was an audio-visual technician in the Air Force before suffering a mental breakdown that would lead him in and out of mental health facilities for several years.

Artist Emery Blagdon was born in Nebraska in 1907 and stayed there all his life. Emery inherited his uncle’s farm in 1955 and began to construct a machine to heal the sick, which supposedly followed the death of his parents and of three of his five younger siblings to cancer. The idea behind the machine was to capture the electromagnetic power from the atmosphere through a series of kinetic mobiles and freestanding sculpture, and then to release these forces to combat physical and mental pain.

Watch a video on the work of Emery Blagdon:

How does one end up collecting artworks from such artists? For Jill and Sheldon Bonovitz it has been a labor of love which began some 30 years ago. For the couple, a work has to speak to them, a connection has to be established with the artwork so that they can consider acquiring it. This is a pretty compulsive way of constructing a collection when compared with other collectors, who search for months and sometimes years for the right piece to ‘complete’ their collection. The Bonovitz couple prefers to first be moved by the artwork itself and to then explore the artist’s story more deeply; the first trigger to a new acquisition must always be the formal work. Each collection is unique and, above all, reflects the personality and values of its owner. The Bonovitz collection in all its simplicity reflects the art history of American outsider art of the 20th and 21th century. The works’ display within a space like the Philadelphia Museum ignites a powerful dialogue with modern and contemporary pieces that are more often recognised as great works of art.