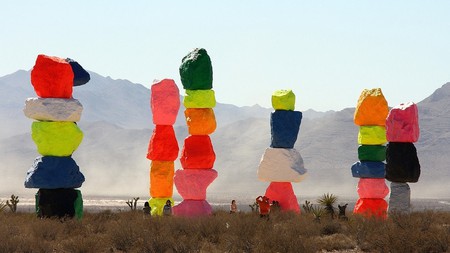 If you majored in art history or any other arts-related field, you probably did so out of passion over practicality. (After all, working in the cultural sector is notoriously low-paying). But a report conducted by the National Endowment for the Arts in partnership with the US Department of Commerce’s Bureau of Economic Analysis can help, offering unprecedented data on employment and compensation in each U.S. state.

Kiplinger recently published a study on the “10 Worst College Majors for a Lucrative Career.” Unsurprisingly, after analyzing data for 126 college majors (“focusing on prospects for pay, hiring demand and job satisfaction for each,”) Kiplinger found that music, art history, graphic design, radio and television, art, and photography all populated the short list as pursuits that “often lead to occupations with lackluster growth expectations.” 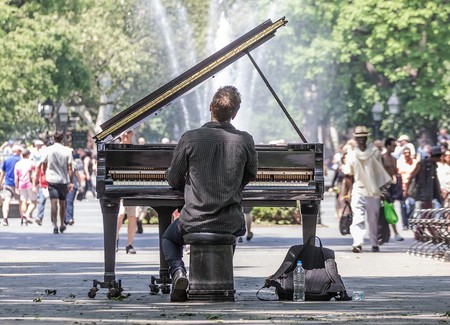 That’s certainly not to say there’s no place for those who work in arts—rather, it is a question of where to find plentiful opportunities and maximum compensation. Based upon data collected in 2014 (which, according to artnet News, comprises the most recent stats available), this interactive report is the first to provide such a comprehensive breakdown of national arts employment data.

What the report shows is that approximately 40 percent of Americans in the cultural sector unsurprisingly wind up in California, New York, Texas, Florida, and Illinois—all of which are states with established art capitals and leading cultural institutions.

With 674,865 workers in the cultural sector accounting for $73.8 billion in compensation, California takes the lead not only for its sheer size, but also because of Hollywood. In a similar vein, it’s unsurprising that the states home to major cities like New York, Austin, Miami, and Chicago provide significant support for the arts, with more job opportunities and competitive compensation—taking into account, however, that the cost of living in these cities is also higher.

“Surprisingly,” artnet analyzes, “Wyoming makes a strong showing based on the substantial ‘arts-related government industry’ there, which includes state parks. And California is not the only state that offers motion picture jobs: Louisiana ranks well in that industry relative to other states.”

“Meanwhile, aspiring arts workers may want to think twice before moving to Rhode Island, West Virginia, and Kansas,” artnet continues. “These states experienced the largest declines in arts and cultural employment between 2008 and 2014, according to the report.”

According to the Bureau of Economic Analysis, “This account was built by identifying, analyzing and separating out detailed data from existing BEA statistics. Pulling together the arts and cultural data in one place paints a statistical picture that’s valuable to state and federal policymakers, businesses, arts organizations, analysts, economists, and others.”

This report is intended to help Americans decide where in the United States is best for them to live, but also to present data that proves how crucial the arts are not only for America’s culture, but for its economy too.