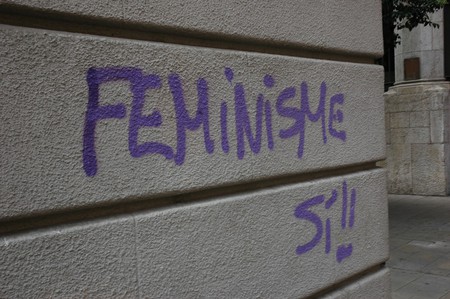 Between the #MeToo movement and the mass participation in Women’s Marches around the globe, it may seem like the world is just awakening to forms of protest around gender.

But a now-largely forgotten example from the 1990s offers a crash course for today’s feminist activists on how to grab attention and get a message across.

It all began in 1989 when a small group of women placed an advertisement in a Chicago newspaper inviting any women who were interested to come and join them and make posters plastered with provocative, feminist quotations and then poster them around the city. A small group coalesced to make posters quoting the likes of Frederick Engels: “The modern individual family is founded on the open or concealed slavery of the wife.” 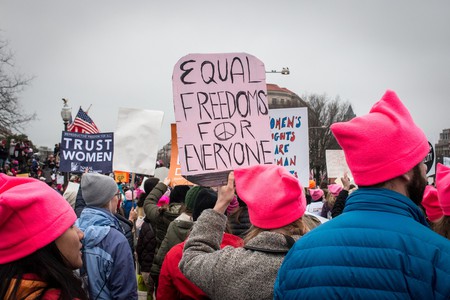 But it wasn’t until the group inserted itself in the abortion debate that they gained real national prominence. A 1989 Supreme Court decision had just upheld a state’s rights to withhold state funds for abortions, and the group’s members wanted to draw attention to how they saw the decision as valuing a fetus over a woman. One of the members had captured a stark black-and-white image of a fetus in a jar, and the group set out to overlay the image with text: “Have a fetus clean your house.” “Try to get a fetus to work for minimum wage.” “Cry on a fetal shoulder.” And finally: “Fuck a fetus.”

Outrage exploded on the political right. Talk radio and the Heritage Foundation began crusading against them. The women, who started calling themselves the Sister Serpents, had tapped a nerve of recognition as well and began to amass a significant following of women.

“We were effective, vibrant, and, we thought, revolutionary,” one of the group’s founders, Jeramy Turner, has said. While many feminists in the 1990s were focused on inoffensive ideas like equal pay, the collective was interested in “the demise of oppression and patriarchal power.”

Buoyed by the newfound fame, the collective threw itself into new projects, including orange stickers to be distributed anywhere and everywhere with a simple message: “Tips for Men #1: Don’t Rape.” Soon they received word that their stickers were being spotted as far away as India.

The Sister Serpents began planning their first exhibition. In true collectivist spirit, they put out a call for “art against the oppressors” that dealt with “rage against sexism and the personal and societal oppression of women.” The exhibit, which was titled Rattle Your Rage, opened at a gallery in Chicago, but not without drama and controversy. The show’s window was smashed with an iron pipe before it began, and a bomb was set off at the home of the director of the show. One of the Sister Serpents even felt compelled to wear a bulletproof vest to the show opening.

Nonetheless, the exhibit was a success and traveled to New York the following year. Chapters of the group sprung up everywhere, with women demonstrating, reading, advocating, and postering all over the world. 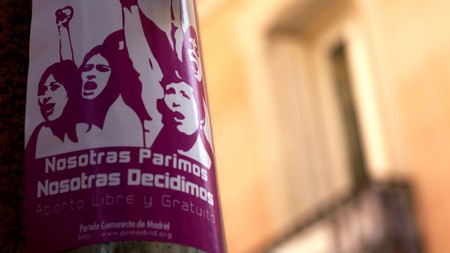 But this seeming success also contained the seeds of the group’s demise. Turner has said that the group’s original intent, to “be outrageous in order to be heard,” was turning into women simply railing against men.

Over time, the architects and members of the group turned their attention to other projects and work, and the group’s profile and activities gradually stopped.

An archive of some of their posters and other work survives, but Turner laments the fact that more of the group’s work was not recorded the way it would be today. “No one had cameras,” she has said. “No one had phones with videos and cameras.”

But their legacy doesn’t just live on in an archive; it lives in the many women today who are stepping up to communicate their rage against a system they feel has oppressed them for far too long.