These Airports Are the Most Likely to Have Flight Delays 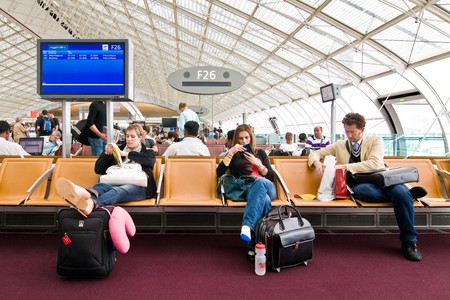 Charles de Gaulle Airport, in Paris, comes high on the global list of those with most delays | © MARKA / Alamy Stock Photo

Coronavirus may have meant no queues at airports such as Heathrow, London, and elsewhere and no planes stacked up overhead. But a study in Canada used historical flight data to predict which airports would have the least – and the most – on-time departures in 2020. Despite the pandemic, it threw up some interesting results.

Vacation is a time to relax and unwind, but the trip leading to your destination can sometimes be a headache – especially if you have a connecting flight to catch. A study conducted by Onlinecasino.ca, a Canadian site that provides advice about casinos and gambling and whose majority of users are business travelers, analyzed flight data from 2018 and 2019 to predict which airports would be the worst to fly out from in 2020 in terms of delays.

Obviously the results of the study are now academic, because Covid-19 put paid to so much international travel in 2020. But we decided to take a look anyway and see what they revealed.
The airport with the most delays is Manila International Airport, in the Philippines, which had 147,902 flight delays – or 36% of all flights – over the past couple of years, making it number one on the list.

These perpetrators all made the top 10:

When it comes to avoiding delays, a lot of the conditions are out of travelers’ hands. The most common reasons include air traffic control (ATC) restrictions, adverse weather conditions and bird strikes. Onlinecasino editor Sophie Bearns says, to avoid delays, “avoid flying during peak periods, such as school holidays or over the Christmas period, and steer clear of airports that are prone to bad weather.”

Other tips from Bearns include knowing your rights as a traveler. Bad weather, air traffic delays or mechanical issues do not require compensation under the regulations of the US Department of Transportation (DoT).

“Compensation is required by US law, only when certain passengers are ‘bumped’ from a flight that is oversold,” according to the DoT. Each airline has its own policies, and passengers who are stranded should inquire about meal and hotel vouchers, though there is no guarantee of recompense. More info on what is and isn’t covered can be found here.

In the EU, if you arrived at your final destination more than 3 hours late, you are entitled to compensation (unless the delay was due to extraordinary circumstances). More info on the EU’s rules can be found here.