Plainfield via Wikimedia Commons
The Indiana town of Plainfield was founded by Quakers in the 19th century, just outside the state capital of Indianapolis. It sits on the so-called National Road, the first highway to be improved in the United States by the Federal Government. There are lots of interesting restaurants and places to eat, from brewpubs and cake stores to Japanese, Mexican, and Indian outlets. Here are 10 of the best restaurants in the area.

Bistro, Restaurant, Indian
India Bistro isn’t your typical Indian restaurant. It combines classics from the sub-continent with a modern touch, and you can go up to the food counter and select the dishes that take your fancy rather than having to order and wait for your food to be delivered. Grab some aloo chaat, chicken tikka masala, and veggie samosas.
More Info
Open In Google Maps
130 N Perry Road, Plainfield, Indiana, 46168, USA
+13177427300
View menu
Visit website
Visit Facebook page
Send an Email
Give us feedback

Diner, American, $$$
The Oasis Diner is a classic diner on Route 40. Since 1954, it’s been through the hands of several owners and re-located to its current home in 2014. The Diner is regarded as a bit of a local landmark, and it is one of the few diners left on the National Road. The exterior and interior have been refurbished to give them that ’50s Americana look, too. Among the specials on the menu are pork tenderloin with homemade sausage gravy, eggs and fries, and Kansas City Loaded Biscuits and Gravy, with shredded cheese on top.
More Info
Open In Google Maps
405 West Main Street, Plainfield, Indiana, 46168, USA
+13178377777
View menu
Visit website
Visit Facebook page
Send an Email
Give us feedback

Restaurant, Steakhouse, $$$
The Coachman is an independently owned restaurant and lounge run by the Paynter family, who have also had success running The Coach and Horses in Indianapolis. The menu is pretty extensive and gives you a choice of sandwiches, soups, seafood specialties, pasta dishes, and dinner plates. Among the latter you’ll find classic, hearty steak dishes like prime rib, fillet of beef, New York strip, boneless ribeye, Black Angus sirloin, and filet mignon, or you can opt for a Porterhouse pork chop.
More Info
Open In Google Maps
6112 South Dixie Highway, Pinecrest, Florida, 33156, USA
+13056668696
View menu
Visit website
Visit Facebook page
Send an Email
Give us feedback
Mon - Thu:
11:00 am - 12:00 am
Fri - Sat:
11:00 am - 1:00 am
Sun:
11:00 am - 12:00 am

You can find lots of South Asian restaurants serving the same old dishes in Plainfield. Asia Wok, though, has a reputation for offering food that’s a cut above the rest. Located on Stafford Road, just off Quaker Boulevard, Asia Wok has a menu of soups made to order, noodles and rice, stir-fries, and classic Chinese dishes. Those classic dishes include Moo Shu Pork with pancakes and plum sauce, peapods and water-chestnuts, pan-fried tilapia, Peking-style boneless pork ribs in spicy brown sauce, and Mongolian scallops with white rice noodles. 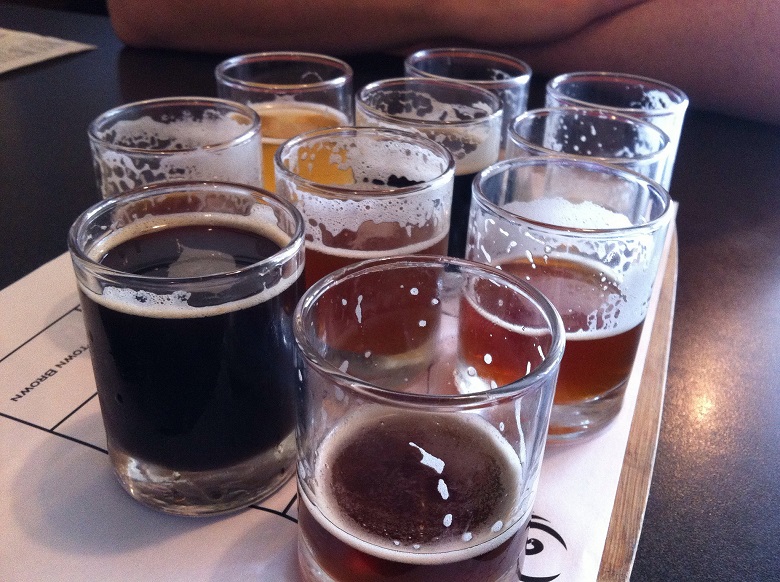 Pub, Pub Grub, Seafood, American, $$$
The Black Swan Brewpub’s philosophy is founded on exceptionally good beers and quality pub fare to accompany it. The selection of beers available ranges from craft ales, IPA, and porters to lager beers, and Continental-style options. You’ll find over 10 on tap when you step inside the brewpub, and they’re served in innovative crowlers. Food includes sandwiches, steaks, and sliders. The signature dishes include pork tenderloin made with house rub, shepherd’s pie, and Angus beef burgers, packed with jalapeño peppers, cheddar cheese, and garlic aioli.
Looks like it's closed Hours or services may be impacted due to Covid-19
More Info
Open In Google Maps
2067 E Hadley Road, Plainfield, Indiana, 46168, USA
+13178387444
View menu
Visit website
Visit Facebook page
Send an Email
Give us feedback

Bar, Restaurant, Mexican
El Cerrito is considered by many to be the very best place for Mexican food anywhere around Indianapolis. Opened in 2013, you’ll find El Cerrito on the eastern side of town on the way to Indianapolis. It’s open all day from half past ten in the morning, so it’s perfect for nachos at lunchtime or something a little more substantial in the evening. It serves all the Mexican classics that you’d expect to find, with customers especially recommending the pork burritos, poblano peppers, and salsa and chips. You can wash it all down with a margarita or two.
More Info
Open In Google Maps
140 Perry Road, Plainfield, Indiana, 46168, USA
+13178389425
View menu
Visit website
Visit Facebook page
Send an Email
Give us feedback

Bakery, Pastries
Al’s Donuts serves exactly what you’d expect and is a Plainfield institution. There’s more donuts available than you’d ever think possible — but get there as early as possible, as they sell out fast. Al’s is a real bakery, prepping all the donuts fresh, unlike some of the big chains you’ll find in Plainfield. Among the doughnut flavors are yeast, chocolate yeast, lemon, cinnamon twist, blueberry, and the ever-popular jelly-filled donuts with lots of frosting.
More Info
Open In Google Maps
311 West Main Street, Plainfield, Indiana, 46168, USA
+13178388694
View menu
Visit website
Visit Facebook page
Send an Email
Give us feedback

On West Main Street in Plainfield is Flap Jack Pancake House. There are also branches in Indianapolis and nearby Brownsburg, all owned by the same family. Flap Jack is open for breakfast and lunch rather than dinner, so head there early morning to sample the fare. On the breakfast menu are omelets, buttermilk pancakes, French toast with cinnamon apples or ham and Canadian bacon. For lunch, you can grab a burger for lunch with tomatoes and pickles, or choose from a range of paninis, club sandwiches, melts, and croissant sandwiches.

Stone Creek Dining Company is inside the Metropolis Mall, right in the center of Plainfield. The menu is full of American classics, with signature dishes of pork chop, rack of baby ribs, beer-battered shrimp, New York strip, and filet mignon. You can mix up a few bits and pieces like sirloin steak, mahi mahi, and barbecue chicken to create your own combo platter.