The Top 10 Biopics Movies You Have To See

Biographical movies can be one of the best ways to tell a story. Completely accurate or not, they can give flesh to words and give an insight to a person’s choices, the events that defined them and their pursuit of happiness. Read below to discover The Culture Trip’s list of the ten best biopics. 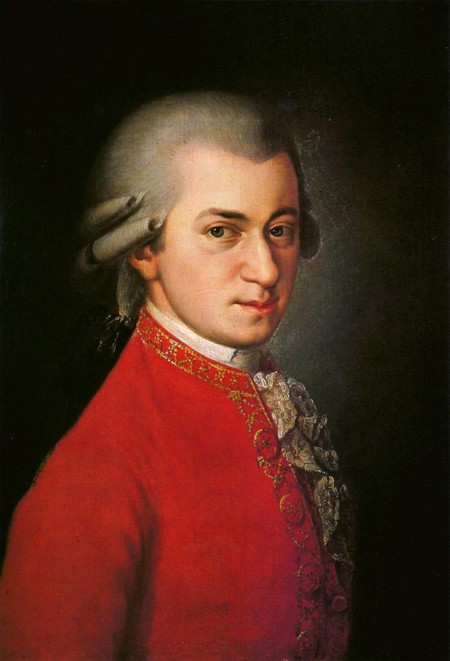 Adapting a person’s biography for the screen is difficult not only for copyright reasons and for gaining the approval of the family but also because it is difficult to do justice to a person’s life without making them look like a caricature. Biopics allow us to face common struggles and identify with the protagonist, as well as creating strong feelings of admiration, doubt or even hate.

Directed by Ed Harris, Pollock is a realistic depiction of the artistic process, following the painter’s creative moments from the invention of his famous dripping technique to the factors that lead him to depression and alcoholism. Also the lead actor, Harris brilliantly portrays Jackson Pollock as a troubled genius, while Marcia Gay Harden as Pollock’s wife Lee Krasner gives an outstanding performance that earned her an Oscar for best actress in a supporting role. Scene that stands out: As Pollock stands silently in front of a blank wall-length canvas.

The Sea Inside (Mar Adentro)

The Sea Inside Of Me is a Spanish movie released in cinemas in 2004 and revolves around a delicate theme: euthanasia. Ramón ended up a quadriplegic after a diving accident and for 28 years fought in favor of euthanasia and everyone’s right to their own life. Having the church and the Spanish state not grant him his demand of choosing to end his own life, he kept fighting for his rights, having the love and the support of his lawyer Julia. However, Rosa, a local woman who has feelings for him, tries to convince him that life is worth living. Thus, it is a powerful drama based on a true story, with an amazing performance by Javier Bardem as a middle-aged man trapped in a hospital bed for 28 years. The movie deservedly won for Best Foreign Film at the Academy Awards. Scene that stands out: Ramón starring outside the window to find himself walking in a beach with Julia.

This 1984 American period drama directed by Miloš Forman and adapted from Shaffer’s stage play Amadeus mostly explores the conflicted emotions of Salieri for Mozart both as person and as an artist. The story is set in Vienna, Austria, during the latter half of the 18th century and covers the last ten years of Mozart’s life. From 1781 until 1791, the film follows Mozart’s triumphs and everyday life as viewed by Salieri, the Court Composer to Emperor Joseph II. The choice of the film’s title as Amadeus and not Mozart revolves around the essence of the story. ‘Amadeus’ means ‘Beloved of God,’ and this fits perfectly with Salieri’s view that Mozart had been overly gifted without deserving it, filling him with destructive envy. Amadeus was awarded with numerous awards, including eight Academy Awards. Scene that stands out: Mozart dictates his requiem to Salieri.

Directed by Ron Howard, the 2001 American biographical drama film is based on the life of John Nash. A Beautiful Mind depicts his life from his years at university to developing paranoid schizophrenia to being awarded with the Nobel Prize for groundbreaking theory. This movie fully explores its protagonist’s life from adulthood, resulting in an amazing performance by an incredibly versatile Russell Crowe who portrayed the development of a man from the age of 19 to 60. Jennifer Connelly gives the character of Nash’s wife depth and emotion. Lastly, the brilliant supporting cast, including Ed Harris, Paul Bettany, and Adam Goldberg, perfectly create the haunting environment in which Nash gets lost. The movie won in the best picture, director and supporting actress categories at the Academy Awards. Scene that stands out: Nash in his psychiatrist’s office.

The Last Emperor tells the story of the last emperor of China, Pu Yi, from his coronation to his youth and adulthood, and is presented in a dazzling epic directed by Bernardo Bertolucci. Filmed in the Forbidden City, the 1987 film won nine Academy Awards, including Best Picture and Best Director. In 1908, three-year-old Pu Yi is crowned Emperor of China, and for the years to come, viewers follow his experiences, decadence, decline, betrayal, denial, imprisonment and the struggle for acceptance. The movie captures the beauty of palaces in the Forbidden City, and the visuals make an incredible story full of colors. Scene that stands out: An old man gives the little emperor a cricket.

Hotel Rwanda is inspired by the true story of Paul Rusesabagina. Taking place during the Rwandan genocide between the Hutu and Tutsis, this movie follows Paul’s life as a manager of a luxury hotel and a man who saves hundreds of Tutsis, despite the indifference of international organizations. Inspired by his love for his family, an ordinary man summoned extraordinary courage in order to save the lives of over one thousand helpless refugees. Don Cheadle is perfect in his role, making it utterly clear that Paul is nothing more than a regular man, and the viewer can easily identify with his humble, unintentional heroism. This 2004 drama was filmed in Kigali, Rwanda and Johannesburg and won many international awards; however, it was snubbed by the Academy for both Cheadle and Sophie Okonedo who gave an outstanding performance as Paul’s wife. Scene that stands out: The reunion with the kids in the refugee camp.

David Lynch directed this 1980’s biographical film about the severely disfigured man, John Merrick, who was known as ‘The Elephant Man’ and his physician Frederick Treves. John Hurt stars as John Merrick and Anthony Hopkins as Dr. Frederick Treves who rescues Merrick from a carnival where he was paraded around as a circus exhibit. As John, who is longing for acceptance, is introduced to the high society of Britain, he soon finds out that there are many forms of exploitation. The Elephant Man was nominated for eight Academy Awards, and thanks to its spectacular make-up effects, the Academy Award established awards for Best Makeup and Hairstyling. Scene that stands out: Merrick’s outburst: ‘I am not an elephant. I am not an animal. I am a human being. I am a man!’

Co-produced and directed by Roman Polanski, this 2002 historical drama film is based on the autobiographical book, The Pianist, by Polish-Jewish pianist and composer Wladyslaw Szpilman — portrayed by Adrien Brody. The driving force of the hero was music as melodious as Chopin, which powerfully dress the progression of the events. The Pianist depicts the brutalities, atrocities and heartbreaking experiences that Szpilman endured without doing something extraordinary — he was just trying to survive. Adrien Brody undergoes a dramatic transformation in his physical appearance and gives a powerful performance showcasing his superb talent. The movie won the Oscars for Best Director (Polanski), Best Adapted Screenplay (Harwood) and Best Actor (Brody). Scene that stands out: Szpilman discovered by a Wermacht officer and made to play the piano.

Richard Attenborough’s Gandhi features Ben Kingsley as India’s political and spiritual leader. The film follows Gandhi from a defining moment in his life in 1893 to his endeavors to help India gain independence to his assassination and funeral in 1948. Filmed entirely in India, this film is one of the most thorough biopics in the history of cinema. Gandhi adopts a policy of ‘passive resistance’ to win the freedom of his people without resorting to bloodshed and established him as one of the greatest leaders in history. Gandhi won eight Oscars, including Best Picture, Best Writing and Best Actor in a Leading Role for Kingsley. Scene that stands out: When he starts burning the passes that the Indians have to carry all the time.

Directed by Steven Spielberg, Schindler’s List is based on the novel, Schindler’s Ark, by Thomas Keneally. The movie tells the story of Oskar Schindler, a German businessman so carefree and cocky at the beginning, concerned and determined in the middle and noble and humble at the end of the film. The black-and-white movie, with a haunting music score, unravels a Holocaust story of pain and despair and follows the journey of a single man who sets out to become a better person and his commitment to save peoples’ lives. Liam Neeson is superb, and Ralph Fiennes and Ben Kingsley are perfect in supporting roles. The movie won seven Academy Awards (out of twelve nominations), including Best Picture, Best Director (Spielberg), Best Adapted Screenplay and Best Original Score. Scene that stands out: The standing little girl who is wearing a red coat.