The Second Coming Of The Hippie Counterculture

Youth culture in the 1960s and 70s could be defined with Jimi Hendrix, weed and LSD, protesting and anti-war political views. Today’s youth culture can often be defined with EDM, Molly and cop watching. In the past, it was Vietnam; now, it is the Middle East and the war on terrorism. Before, it was the women’s liberation movement, while today, it is marriage equality. While so many things have changed, many things remain the same. The second coming of the hippie counterculture has arrived. And it’s in the form of ravers. 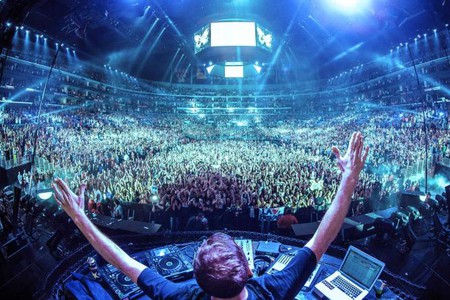 Some would argue that the counterculture during the 60s and 70s was a completely different experience, but take a look at what it was. It was a time in which the youth were looking to not escape but change the ugliness that was overwhelming them. The Cold War, Vietnam, Civil Rights and women’s liberation were all that anybody could talk about. So what did they do? They tried to change their reality. They made weird music, they experimented with drugs and they stood up for what they believed. They were fearless in their pursuits and defied what the generation before them had made culturally acceptable. The same thing could be said today. The only difference is that Vietnam is now the Middle East and war on terrorism, Jimi Hendrix is Skrillex and there are still battles over civil rights and women’s rights. 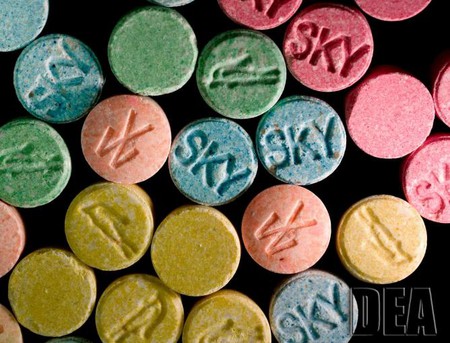 First, look at the music. In the 60s and 70s, jam bands and psychedelic rock were cool and somewhat underground. These styles of music were so deeply integrated into the youth culture that the older generation often mocked and criticized it for being racket and inspiring more to adopt a hippie ideology. Today’s version of this is EDM, which encompasses all electronic dance music. With a staggering number of festivals that bring in over 100,000 people to camp in the smallest of towns, it’s hard not to make a comparison to the famous Woodstock Festival of 1969. Half a million people gathered to listen to music and attempt to open their minds. Generally, this was under the influence of marijuana, LSD or magic mushrooms. As synthetic drugs increased in popularity, ‘Molly’ became the hot drug of choice in the hippie culture, which eventually transformed into the rave culture.

EDM is regularly, and almost always, mentioned with the drug Molly, a street name for what most assume is MDMA. In an interview with Charlie Rose, Skrillex said, “If you look at the patterns of any era that had music that exploded in youth culture, just because of the ratio of how big it is — that creates a bigger ratio of drugs that have been used. Drugs have always been used from the disco era and cocaine, and LSD and marijuana (Hippie Era) and this year it happened to be molly. MDMA and ecstasy have been in rave and underground club music since the beginning … that culture came along with it.”

This could not be truer. If you take the time to look back through history and examine new musical trends, this pattern will emerge. The drug culture’s close connection with music is no coincidence either. In the 60s and 70s, the psychedelic drugs were thought to expand the consciousness by killing one’s ego and allowing them to see beyond stereotypes, race and other superficial issues. This happened to follow music meant to evoke that same sense of social injustice. It created a group of like-minded individuals who were passionate about social justice and equality — a culture that thrives in these music festivals. 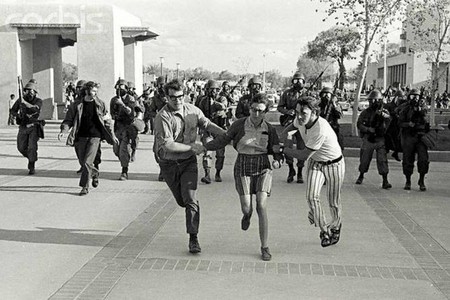 The hippie movement was born in a society that had funded a war that could not be won, supported a culture of fear and fed off of paranoia. This sense of oppression and a culture that was becoming increasingly disillusioned with the US government created an environment that was begging for a youth movement like the hippies. Almost 10 years after the Vietnam War had started, Lyndon Johnson had begun to steadily increase the USA’s involvement in Vietnam. As families watched the horrors from their living rooms, the youth were in the streets, protesting the war and advocating peace. Today, at massive music festivals and in online communities, these same themes still exist. The only differences being that the music is computer generated and the clothes are tighter and neon colored. The culture that existed here during the Iraq and Afghanistan wars was almost identical. People, specifically the youth, were becoming more open to things that their parents had deemed taboo. Gay rights and race discrimination have been hot issues since the Hippie era, and there is still a long way to go.

They want to see a change at home instead of a war abroad. Instead of fighting wars that shouldn’t be fought, the people should be at least attempting to make this country what everyone says it is. The greatest country in the world wouldn’t obfuscate geopolitical motives behind an unwinnable war. The greatest country in the world wouldn’t leave entire groups of people feeling dejected and isolated because of their religion or the color of their skin or what sex they identify with or find attractive. While many years have passed, this culture, not the hippies or the ravers, but the youth culture has always been intrinsically tied to civil rights and new and different forms of music. They will always seem weird, and they will always be disregarded by the previous generation — but maybe they should be supported. Maybe then people can start to make a difference, and the USA can truly become the greatest country in the world.