The Most Serene Snow Destinations In The US 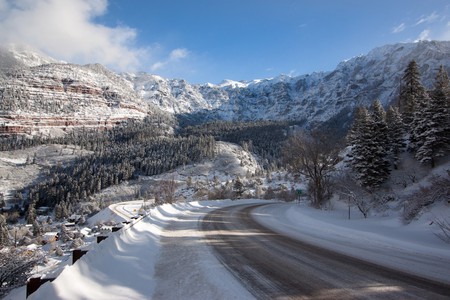 There is something unusually calming about stark winter landscapes and snow-covered hills. Maybe it’s the absence of modern sounds – except for snow-crushing footsteps – or the mesmerizing beauty of prism branches reflecting in the sun. If you’re looking for a place to catch some R&R while sipping on a cup of hot chocolate, read on. 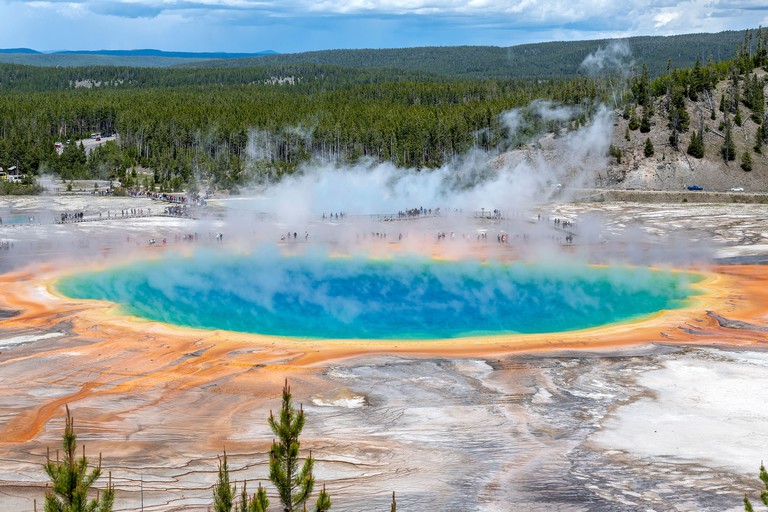 © Jacek Kadaj / Alamy Stock Photo
Yellowstone National Park is a nature lover’s retreat. Packed with abundant wildlife, geysers, and acres upon acres of stunning beauty, it comes as no surprise that this gem is just as captivating when winter arrives. Snow-capped mountains, ice-glazed trees, frozen lakes, and rolling white-blanketed hills make for one of the most relaxing destinations in the nation. Plus, have you ever seen a geyser in the winter? Experience this magical site by snowmobile or snowcoach.
Open In Google Maps
Yellowstone National Park, Wyoming, 82190, USA
Visit Website
Give us feedback

Oklahoma’s Wildlife Refuge in the Wichita Mountains is a spectacular range of 540-million-year-old granite headlands, rolling grasslands, and roaming bison. A popular spot for hunting and fishing, the rugged landscape of the Wichita Mountains also makes it a prime hiking and rock climbing destination. But with rocky terrain comes visually stunning winter landscapes. White hills blend with white skies, marked by rows and rows of frozen trees. 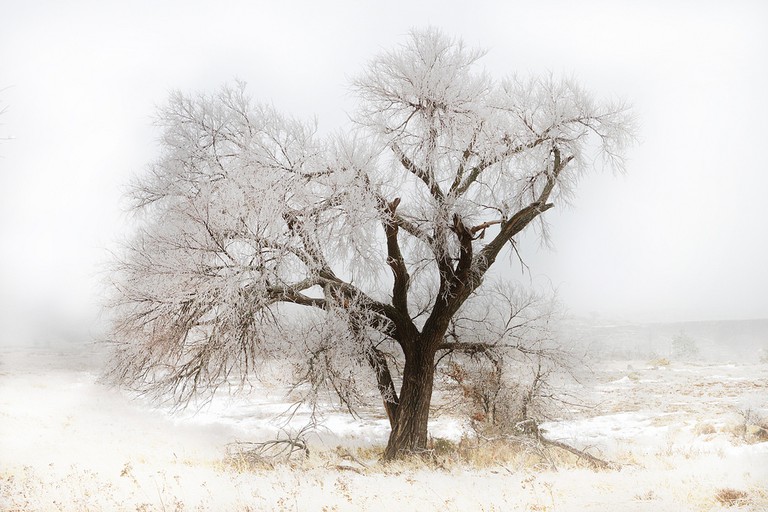 In The Bleak Midwinter | © Larry Smith/Flickr

While Stowe, set ablaze by red and orange foliage, is a stunning sight to see in the fall, it is that much more alluring come winter. This quaint 200-year-old village is canvased in white, surrounded by the mountains of northern Vermont. Stowe has been a world-class skiing destination for decades, and it provides a myriad of activities, but for those looking for a winter sanctuary, this enchanting winter wonderland is it. 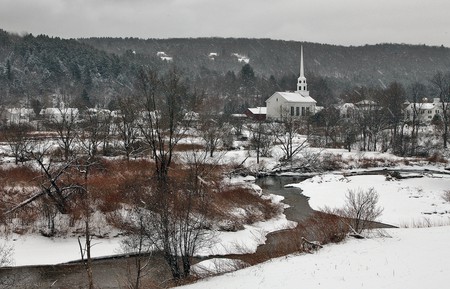 Just north of Charlotte, find North Carolina’s winter gem: Winston-Salem. A historic town – 18th-century Salem merged with mid-19th-century Winston – with old-world charm, Winston-Salem takes pride in its festive spirit and holiday cheer. While average snowfall is only seven inches per year (the average US city gets 26 inches per year), when a storm hits, this town becomes a winter spectacle, a vision best seen during the town’s candlelight tour. 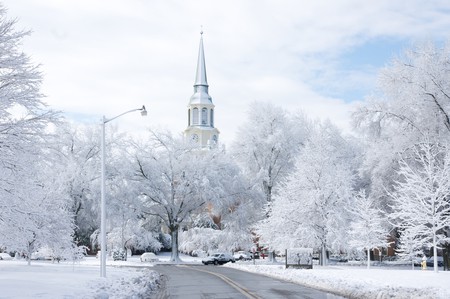 Extending for 100 miles along the east side of the Cascade Mountains, Deschutes National Forest is desolated beauty at its finest. More than 1.6 million acres of hills are hidden by snow, alpine and evergreen forests, and frozen lakes. A popular hiking destination for viewing the volcanic mountains that form the crest of the Cascades, Deschutes’ winter scenery is just as memorable. Experience the serene lands via snowmobile or snowshoe, or embark on ski trails that wind through the park. 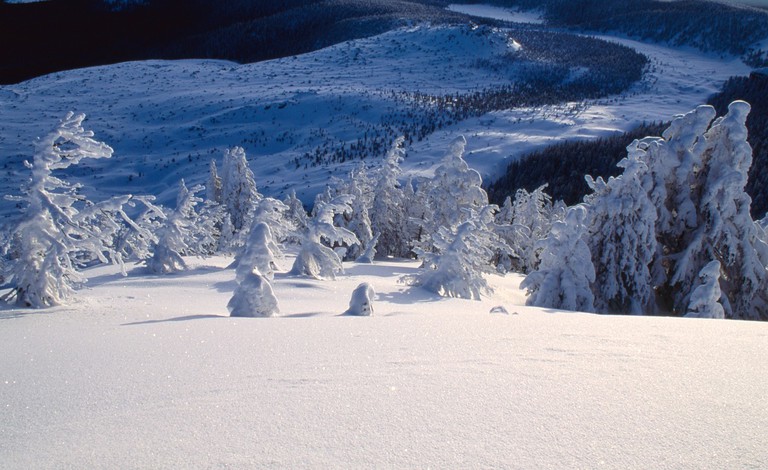 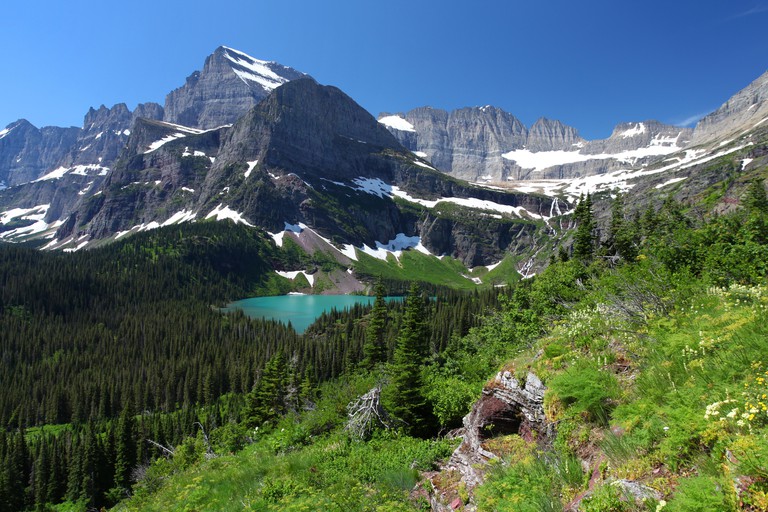 © Dan Breckwoldt / Alamy Stock Photo
When it comes to extraordinary snow destinations, it’s not easy to look past a park that is named for a massive body of ice. At Glacier National Park, visitors can explore the glacier-ridden mountains via the 700 miles of trails that traverse through the terrain, but for unparalleled views of the park, head here during winter when rows of trees are painted white. Expect roaming mountain goats, glacier-carved peaks, and snow-filled valleys amongst 1,583 square miles of absolute peace.
Open In Google Maps
West Glacier, Montana, USA
+14068887800
Visit Website
Give us feedback 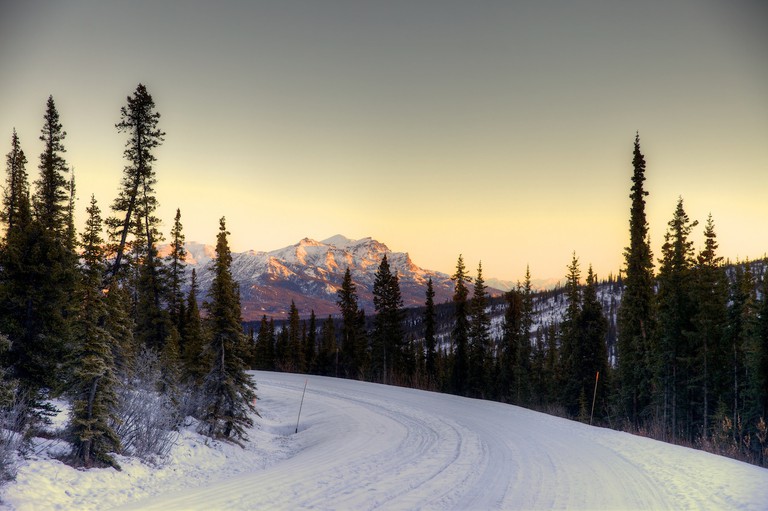 Denali National Park | © Malcolm Manners/Flickr
If there’s anywhere in the US that does winter well, it’s Alaska. Denali National Park is home to the nation’s tallest peak, with over six million acres of preserved natural beauty. The snow-capped peaks endure year-round, but winter is the most awe-inspiring, and longest, season in Denali. Visitors can take part in the winter festival, mountaineer, dogsled, ski, snowshoe, and even camp under aurora-filled skies – that’s if you don’t mind the cold.
Open In Google Maps
Denali National Park and Preserve, Alaska, USA
Give us feedback

What better way to experience winter’s solitude than surrounded by mountain peaks? Ouray is just that. The San Juans encapsulate the town, so the noise of the modern world is kept at a low, and serenity at a high. First-timers should climb the Uncompahgre River Gorge, the world’s largest recreational ice park, or backcountry ski through the trails surrounding Ouray. And don’t miss the views of the town at night. 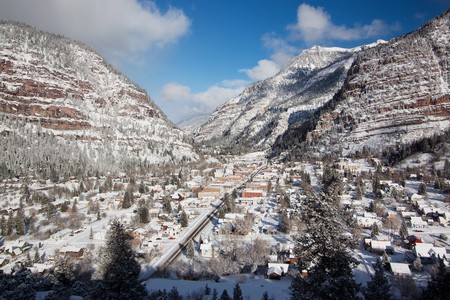 Ouray, CO in the Winter | © Alan Stark/Flickr
Give us feedback